Suzuki is banking on two newcomers and its latest technology to keep its sales momentum moving upwards in the UK.

The latest generation Vitara has been brought in from the field to the town and given a more crossover look while the latest addition to the Celerio city car range is a super clean 1.0 petrol using the latest Dualjet fuel system which emits just 84gkm of CO2, and just for good measure there is a new autobox as well now available for the five-door car.

Last year, Suzuki sales in Britain edged towards a record 37,400 models and its highest for a decade, dealers said they were delighted with the company and it was voted the best Japanese manufacturer selling in the UK.

What could go wrong? In fact, not one but two things.

The Japanese parent decided to end some of its most popular models due to their age and introduced a newcomer to replace two of them. That’s a big ask.

Then, in a PR nightmare this February the Celerio was recalled as customers eagerly awaited the launch weekend and early road testers reported serious brake failures.

Now fully sorted, the new Celerio is on sale and doing well with 1,500 cars in drivers’ hands and the newest 1.0 super clean Dualjet is available as well, together with a semi-automatic transmission for those who want it.

In addition, the new-look Suzuki Vitara has moved from off-road to soft-road in its style (above) in both two and four wheel drive, and its shorter but taller and wider than the previous model. 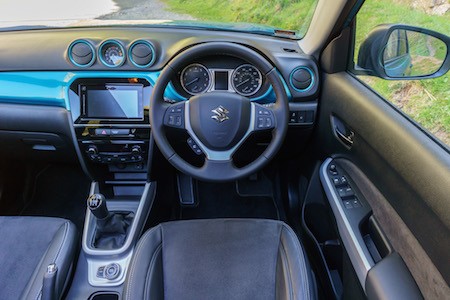 There are three trim levels and while initial orders have been for the top version, Suzuki expect the bulk of orders will move towards the mid-range crossover model. There is also a need to raise awareness of the brand, said Suzuki product manager Ed Norman, admitting that its better known for its motorcycles than cars.

“For this reason we have embarked on an extensive television and media campaign around our models and this seems to have paid off with a rise in dealer enquiries,” he said.

The introduction of the greener 1.0 petrol model will also help Suzuki make bigger inroads to the fleet market where emissions drive registrations while offering better economy of over 70mpg for private buyers. 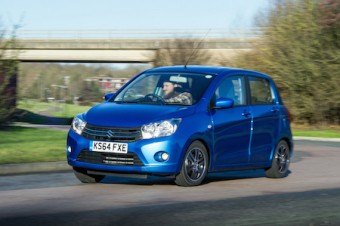 The latest Suzuki Celerio Dualjet is an eye-catching £8,499 in its SZ3 trim and with its modest 7E insurance group and really low running costs including no road tax, it will make drivers focus on what they need from a car.

As a competent country or city runabout it is in its element and some modest commuting is also within its abilities with a very useful uggage capacity.

My colleague and I were not really driving to stretch the economy but we averaged over 75 mpg on our B and A class country route for the launch in Somerset and Wiltshire.

On more open roads I wished I could have slotted into a 6th gear to possibly see more economy gain but it did not mechanically complain too much although constant road noise was in the background of our conversation about its merits.

Controls were light in operation, the brakes effective, the steering a little vague but it had a tight turning circle, and the five-speed gearbox was slick if long-legged which meant it needed frequent changes to keep the little three-pot 68ps engine spinning to maximum effect.

Claimed 0-62mph time is about 13 seconds and maximum speed is said to be 96mph while the given combined average fuel consumption is 78.4mpg and we saw a best of 76mpg and worst of 74mpg in our hands, while some of our colleagues had pushed over 80mpg. 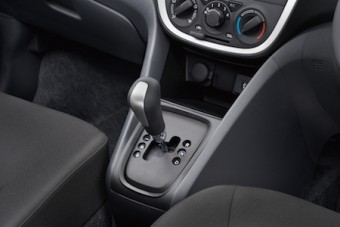 The new A+ compact Celerio is available in SZ3 trim from £7,999 with the familiar 99gkm 1.0 engine and SZ4 from £8,999 and the top trim version can be ordered with a Auto Gear Shift for approximately £1,200 but that gets additional equipment as well. The Dualjet engine which is greener comes in about £500 more at each level but its not available with the AGS option.

So you have to carefully decide what you need most and whether you’ll use it to the fullest advantage, but Suzuki is confident it will sell 6,000 Celerios annually in Britain.

I have little doubt it will hit those targets as a comfortably equipped A+ model for lower mileage motorists.

With the latest Vitara the game has moved on for Suzuki and takes them into a sector which is bursting with new competitors.

We were impressed by the Vitara petrol at its international launch a few weeks ago and the opportunity to drive the 120ps 1.6 diesel was welcome to round up our assessments of the latest crossover.

The engine has been used before by Suzuki but in the new Vitara it is particularly flexible and punchy for road use and the chassis is truly smooth riding and agile in a surprising way.

We drove both 4WD and 2WD models and they were straightforward and unchallenging but entirely competent with modest ground-clearance and lots of room inside and a high-driving position which is popular with buyers in this class. 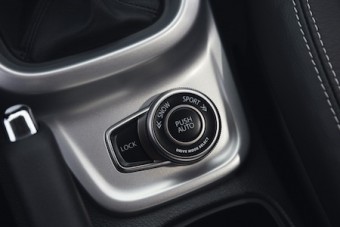 The three trim levels rise from £13,999 and there’s a choice of 1.6 petrol or diesel engines and a six-speed automatic joins the six-speed manual line-up this summer.

Allgrip 4WD control is only available as an option on top SZ5 trimmed cars at a maximum of £21,299.

Apart from a slightly short seat cushion, the Vitara was very comfortable, with hardly any body roll, excellent dynamic chassis controls for reliable soft-road performance and a very attractive fascia for the driver and passenger.