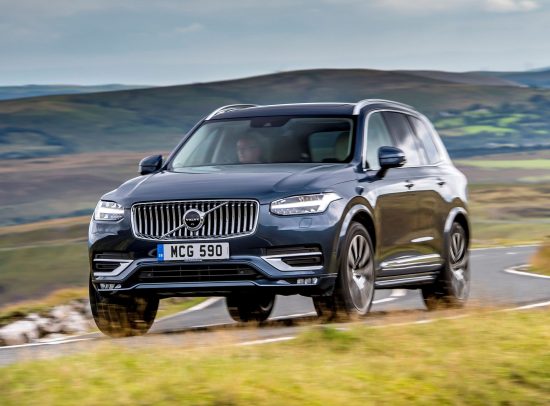 The second generation Volvo XC90 large SUV with 4×4 traction and seven seats is the flagship of the revitalised Volvo range, writes David Miles.

It was introduced in 2014 and recently it has undergone its mid-term revisions to keep it relevant in today’s expanding SUV market sector.

It was the sales and image success of the premium brand XC90 that led Volvo to producing similar in style the XC60 mid-sized SUV and more recently the even more popular XC40 and that model range sees an all-electric version become available next year. They all use Volvo’s SPA (Scalable Product Architectureå) and being Volvo’s they major on their leading safety technologies and driving safety support systems as we move towards autonomous driving.

Since the introduction of the XC family of SUVs and the alternative new generation saloon and estates in the S90/V90 and S60 and V60 ranges with a replacement due for the V40 family hatchback, Volvo has increased its sales and profitability remarkably with a global 12% growth in 2018 and another 8.1% global growth for the first 10 months of this year.

That growth is replicated in the UK with a 9% growth last year to 50,319 registrations, the brand’s highest annual sales volume in 28-years and the story gets better with a 14.3% increase in registrations for the first 10 months of this year with over 48,000 new cars sold so far.

Although it’s not Volvo’s current best selling model range, because of its size and price, the XC90 is very much the flag-bearer for the Chinese Geely conglomerate owned Scandinavian brand. And contrary to the downturn in popularity of diesel powered vehicles it is the diesel models that are the most popular XC90 versions. The XC90 range has a 50/50 sales split in the UK between fleet and retail customers. 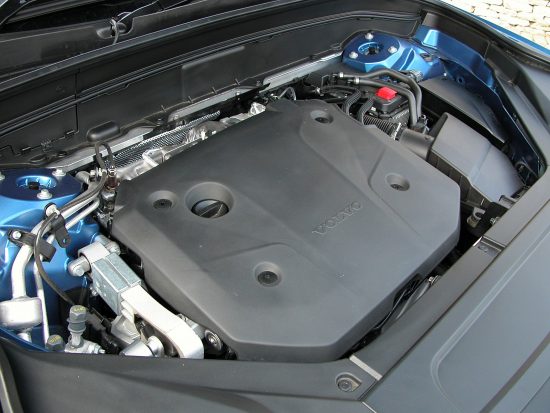 There are petrol, diesel and petrol-electric plug-in hybrid power options and all are 4-wheel drive with automatic transmissions. Engines are 2.0-litre, 4-cylinder units and comprise of the B5 235, 480Nm turbodiesel, the T5 250hp 350Nm turbo petrol, the T6 310hp, 400Nm turbo petrol and the T8 Twin Engine PHEV with a 303hp petrol engine and an 87hp electric motor driving the rear wheels.

Because of its low CO2 emissions of 52-55g/km this model only incurs a 19% benefit-in-kind tax rate for company car drivers against the 37% for the other diesel/petrol powered models. However this year’s stopping of the £3,500 grant off the purchase price by the Government on all PHEVs has seen their sales fall considerably.

So figures from Volvo regarding the XC90 show that 60% of customers buy a diesel model, 10% buy a T5 petrol model, just 5% buy a T6 petrol version and the T8 Twin Engine PHEV still appeals to 20% of UK customers.

The specification levels are wide ranging but all are impressively equipped. These start with Momentum the choice of 15% of customers, Momentum Pro 10%, R-Design 25%, R-Design Pro 15%, Inscription 15% and Inscription Pro at 20%. 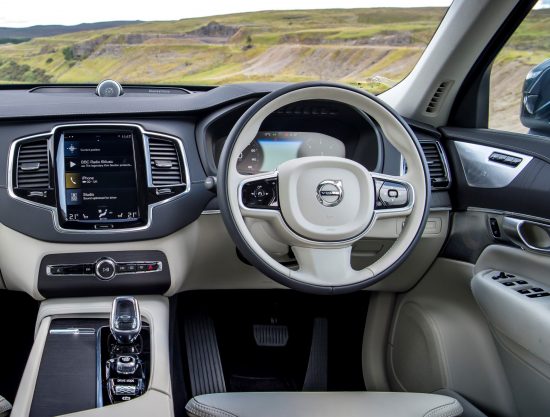 My latest XC90 model was the best selling version overall – the B5 235hp turbodiesel with R-Design specification priced at £56,935. The 20 model range has prices from £53,085 for the T5 petrol Momentum up to £71,945 for the T8 Twin Engine PHEV Inscription Pro. Of course there is a wide range of extra cost options and option packs that will increase those prices considerably.

All engines in the X90 range are what Volvo call their Drive-E units constructed of lightweight aluminium. The new B5 235hp turbodiesel unit with 480Nm of torque uniquely in the range of XC90 engines now has a 48-volt mild-hybrid function with KERS kinetic energy recovery system including an integrated starter-generator motor.

The system harvests power during braking and de-acceleration into a battery before that power is released to assist with acceleration, improving driveability and response at low speed.

That reduces emissions as well as providing faster, quieter starting of the engine in its Stop/Start operation. Depending on specification, CO2 emissions range from 154 to 156g/km with a Combined Cycle fuel consumption figure range of 37.7 to 44.1mpg. During my week but no off-road driving, the real-life overall figure was 36.5mpg. This was a little less than the official figures but much better than my colleague recently obtained from his test drive of the new XC90 T6 petrol model which returned an average 26.7mpg with high CO2 emissions and equally expensive tax costs.

The B5 turbodiesel performance is brisk and responsive with a top speed of 137mph and the zero to 62mph acceleration time is 7.6-seconds which for a 2.0-litre turbodiesel engine in such a large seven-seat AWD vehicle with an 8-speed automatic gearbox is impressive. There are of course the usual selectable driving modes and most of my motoring was done in Eco mode without any sluggish issues due to the high engine torque and mild-hybrid system output. 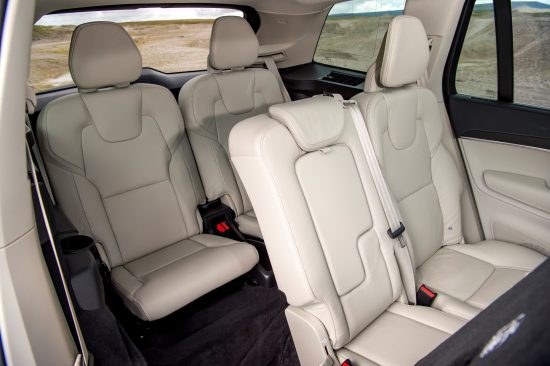 On the demerit side I found the diesel unit is sound a little harsh in tone and I say this because it so happened that as I stepped out of my new 2.0-litre turbodiesel Range Rover Evoque with its 240hp unit and into the XC90 2.0-litre diesel, the noise level intrusion into the cabin was noticeably higher.

That said after the initial journey during the following days of use the brashness of the Volvo unit didn’t detract from its performance – familiarity I suppose, it’s what you get used to.

Handling felt safe and secure if not that agile given the vehicles size and weight and it is not able to match the handling refinement or the surefootedness of is rival BMW X5 for example.  Other competitors include the Land Rover Discovery which is a supreme off-road performer, as its Range Rover equivalent.

The Audi Q7 is probably an equal match to the XC90 range.  The steering provided a reasonable amount of feedback but the ride quality suffered on potholed road surfaces due to the larger 20-inch alloy wheels used for the R-Design specification. There was also more road-rumble noise intrusion than ideal. 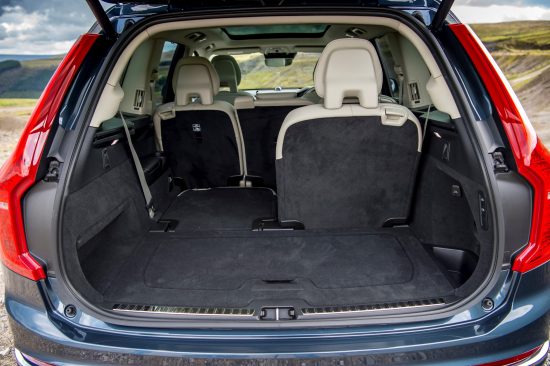 The seats however are huge and hugely comfortable and supportive and the overall cabin appearance and layout is one of ‘plushness’ – Scandi Chic as we have come to term it. The XC90 is a true family-wagon with three rows of seats accommodating up to seven passengers.

The second and third row seats fold individually to extend the load space to 1,856-litres.  With all seven seats in use there is a boot space of a minimum 302-litres.

Whilst the visual changes to the XC90 are minimal, so it doesn’t date the outgoing generation, as sales of diesel powered versions still reign supreme for the XC90, the most noticeable improvement is adding the 48v mild-hybrid support to the diesel power unit. Previously it was called a D5 engine, now it’s a B5 unit reflecting on its hybrid/battery function and it’s all the better for it. Whilst it is not exactly cheap it is far less costly than going to the PHEV plug-in hybrid T8 petrol-electric model which costs £10k more for the same spec level although of course running costs and taxes are much lower. 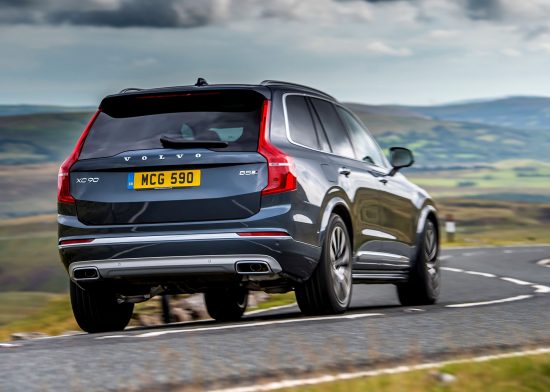 Whatever the model choice the Volvo XC90 is a fine, roomy, classy and practical large SUV with a proven sales record for those wanting a fashionable SUV styled family-wagon.  A proper MPV large people carrier would be less expensive and even more practical but less appealing for the must-have SUV global army of modern-day customers.

Against: Costly and high tax penalties due to its price and diesel fuel levies, road noise intrusion and firm ride over some road surfaces, ungenerous warranty.