You are here: Home / Industry / Distribution / Sunday drive: On the road and in the news 26 April

As the COVID-19 lock-down continues for another three weeks at least the motoring world needs to carry on, as does our service to supply interesting news items you may have overlooked. Here are a few I have selected for this week’s news briefing. 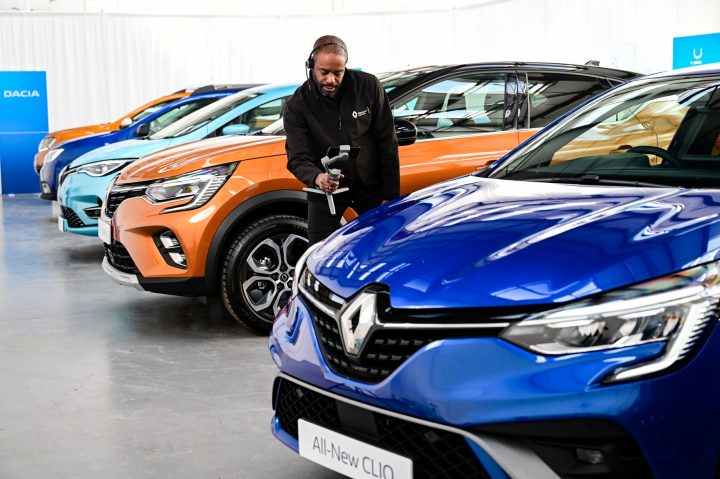 Skoda we have already featured as they appear to have started this innovative new selling aid off a few weeks ago but many have now followed the same path to keeping driving sales along.

One of the latest to join the on-line virtual product tours around new models and conversations with brand specialists are Renault and Dacia.

When visiting renault.co.uk and dacia.co.uk, customers are invited to view a particular model in a live virtual tour with the help of a dedicated guru who is able to introduce a static vehicle and conduct a detailed walk-around of their chosen vehicle.

The Virtual Showroom arrives alongside the Dacia Buy Online system, which allows customers to complete the full buying journey – including finance approval – from home, as well as Renault and Dacia’s new Remote eSign portal, which enables the buyer to complete and sign finance documents remotely. 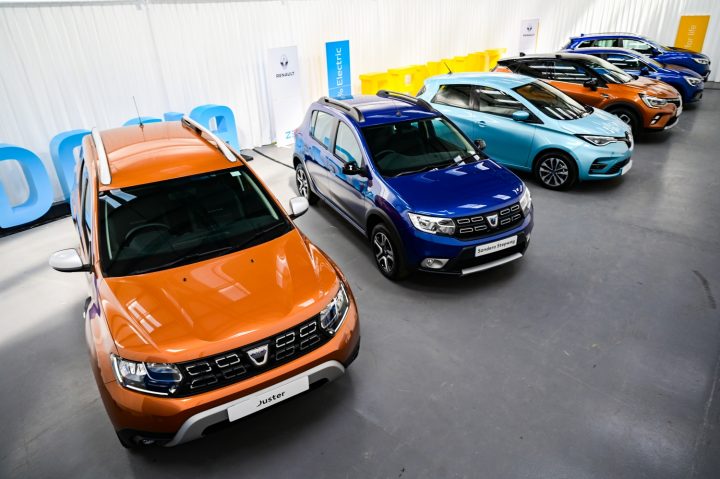 The models available to view online from the Renault range are the all-new Clio, Captur, Kadjar and ZOE, while the Sandero and Duster models are available from the Dacia range. If the customer has any questions for the gurus it can all be dealt with there and then, just like being shown around a new car in a physical showroom.

All of the features of each car can be fully explained.  Renault and Dacia are offering free home delivery saving customers a further £250 on any model. Their Virtual Showrooms can be found at www.renault.co.uk and www.dacia.co.uk 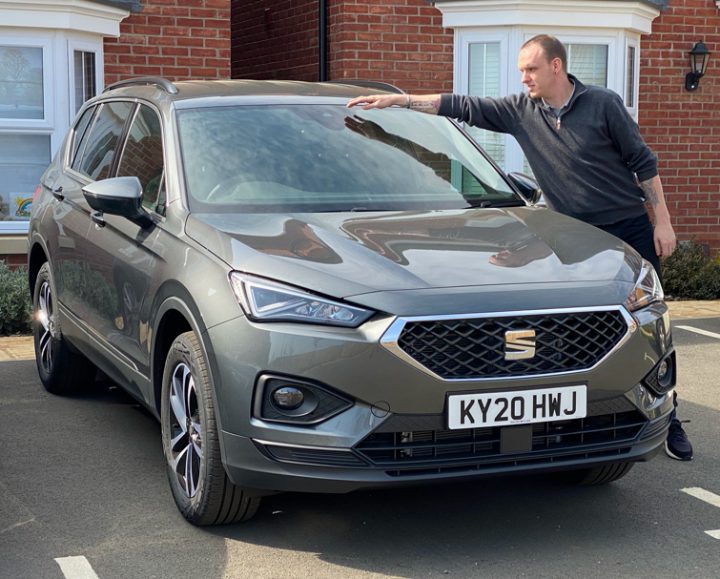 Meanwhile at SEAT they are operating their Live Showcase service which allows UK customers to speak to a dedicated sales expert on their driveway and take a virtual tour around the SUV model of choice.

Six SEAT hosts are providing bespoke live demonstrations of the brand’s full line up of SUVs from their driveways, including the compact Arona, the mid-sized Ateca and new Tarraco seven-seater.

Over the last week, since the service went fully remote, the team has already handled hundreds of calls from the safety and security of their homes and the homes of potential buyers. The service is available Monday–Friday from 11:00 to 21:00 and Saturday–Sunday from 11:00 to 19:00. Users simply visit www.seat.co.uk and click the ‘Live’ pop up (bottom right of the screen), then add their phone number to get an immediate call back or to schedule an appointment for a date and time that is convenient.

Automotive industry helps in many ways 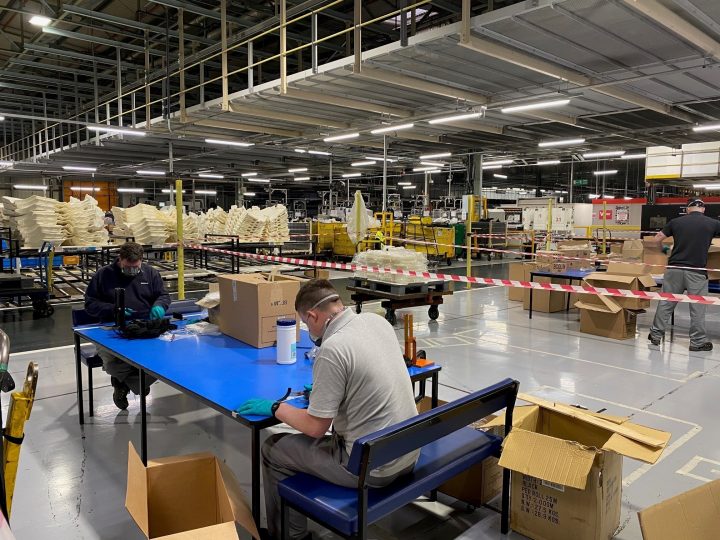 From F1 to numerous vehicle manufacturers and their dealerships, plus others in the research industries and even the general public making PPE clothing and masks, there has been a massive effort to help the NHS and in turn the general public.

PPE manufacturing and the supply chain seem to be major issues and as an example of the innovative help being given, Nissan is a god example. They are using their supply chain experts to get hundreds of thousands of protective face visors to frontline workers.

A team of volunteers have created a parts processing line in the final assembly area at the company’s Sunderland Plant to sort thousands of individual visor parts and pack them in sets of 125 for shipping direct to the UK’s National Health Service.

The Sunderland Plant is the UK’s single largest car factory and can produce over 500,000 cars a year including Qashqai and Juke models.

More than 77,000 visors left the Sunderland Plant last week with up to 100,000 being distributed each week from now onwards. In the first phase of the project, the team took delivery of hundreds of boxes of visor parts from volunteers from across the country who have been using their 3D printers to make the PPE mask frames.

The project was inspired by four brothers, two of whom, Anthony and Chris Grilli, are engineers based at Nissan’s Technical Centre in Cranfield, Bedfordshire. Production was initially kicked off with the support of crowd funding and used banks of 3D printers at the Grillis’ homes.

Nissan has also provided funds for an injection moulding tool that increases the number of parts produced, which are now being sourced from companies in Lancashire, Coventry and Gateshead. Injection moulding provides a faster way to produce the plastic parts needed and has ramped up the volume.

The visors are made up of three individual parts: an elastic headband, frame, and see-through visor. These parts are sent to Nissan for packing and distribution in a ready-to-assemble format to an NHS procurement centre. The visors are shipped in this format at the request of the NHS to minimise damage risk during transit, and to ensure the maximum volume can be dispatched at once.

Many other automotive manufacturers in the UK are also producing much needed equipment to fight the epidemic needed from ventilators to PPE supplies.

Nissan’s UK dealers are now also supplying a number of demonstration vehicles as free use cars for NHS workers.   In addition MG Motor has donated 30,000 face masks to hospitals in the UK and Ireland. 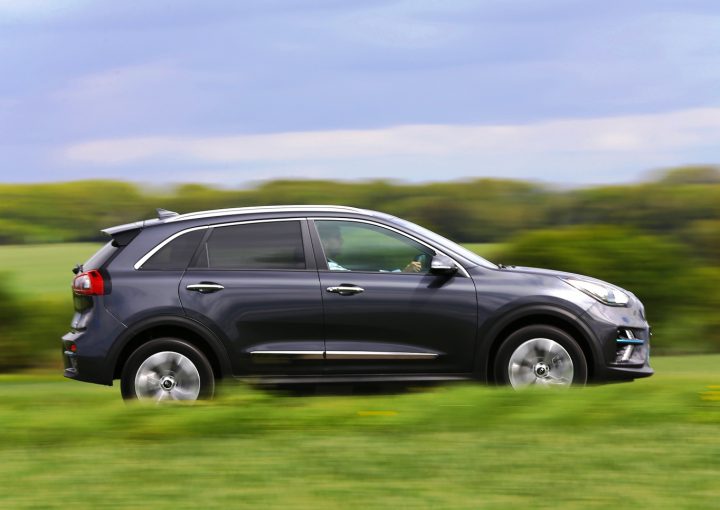 Meanwhile at a more local level, Kia dealers across the country are involved in doing their bit.

This help ranges from some workshops being kept open to keep NHS staff and worker’s vehicles on the road. Some dealers are lending Kia e-Niros electric SUVs to transport essential supplies around their local area to the vulnerable.

Another dealership has donated 500 car seat covers to their local NHS Trust so its team of 60 community nurses can stay safe.  Others dealerships are delivering groceries to the needy and others have turned their showrooms into hubs for local organisations to prepare food hampers for the NHS frontline staff.

A breath of fresh air from Vauxhall 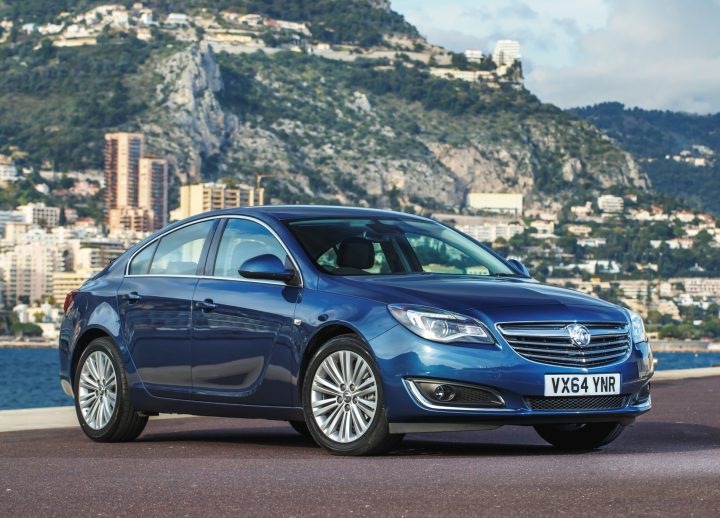 From Vauxhall comes news that owners of their cars can breathe easily with the pollen season upon us.

They have reminded us that all their cars produced since 2000 have been fitted with particle or carbon filters that filter out not only pollen but ozone gases and other odours. Perhaps not coronavirus though. 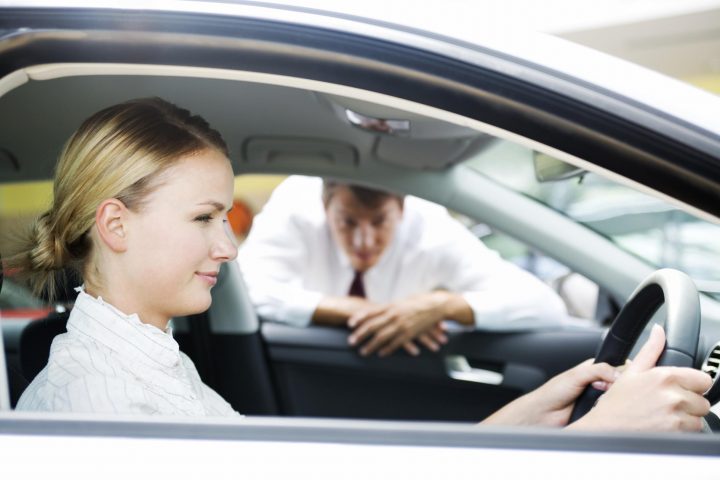 Last week I highlighted the concerns of the 80% of retail new car buyers who purchase cars using PCP purchase schemes that they might not be able to afford the monthly repayments for their new cars if they had lost or furloughed their jobs.

This might mean for those that still owed more than 50% of their loan might be forced to hand back the keys of their cars to dealers. This could mean hardship for the car owners and potentially produce a glut of used cars back into the market and that would lower the residual values.

The FCA also said firms should not change customer contracts in a way that is unfair.  For example, firms should not try to use temporary depreciation of car prices caused by the coronavirus situation to recalculate Personal Contract Purchase (PCP) balloon payments at the end of the term. We will expect firms to act fairly where terms are adjusted.

Where a customer wishes to keep their vehicle at the end of their PCP agreement, but does not have the cash to cover the balloon payment due to coronavirus-related financial difficulties, firms should work with the customer to find an appropriate solution.

It was inevitable of course the Motor Finance arm of the Finance and Leasing Association has said, “To enable this level of support to be maintained for customers, the industry will need some help from Government, and those discussions need to begin in earnest, with decisions reached rapidly.”

That means we will all pay through future higher taxes once the country tries to pull out of the dire financial situation we all face.

Now for some good news 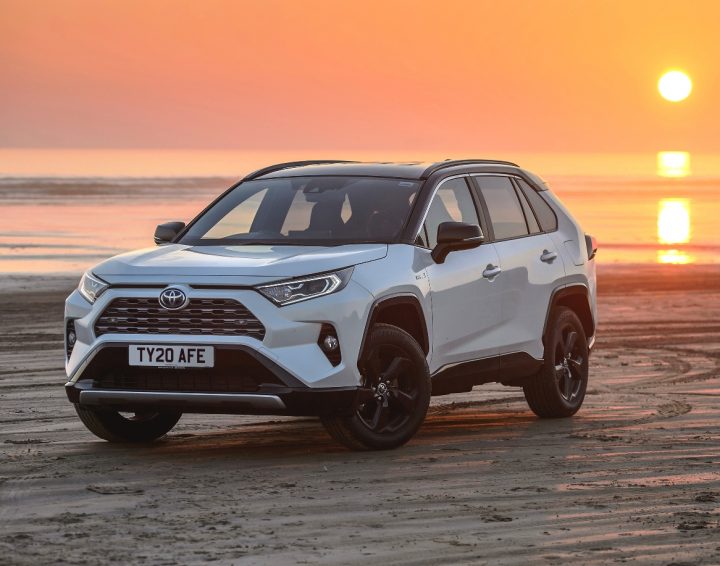 News from Toyota, their RAV4 SUV has reached the 10-million global sales landmark.

First launched in 1994 through five generations it has recorded this impressive total.

The USA is the biggest market with over half a million sales annually followed by Europe with 133,000 sales and China with 127,000.

In the UK around 220,000 have been sold in total since it was launched in 1994. A Plug-in Hybrid version is scheduled to join the line-up later this year but currently all models use a 2.5-litre, 4-cylinder petrol engine with self-charging hybrid support. All have a CVT auto transmission but there is the choice of 2WD or 4WD traction systems. Prices start from close to £31k. 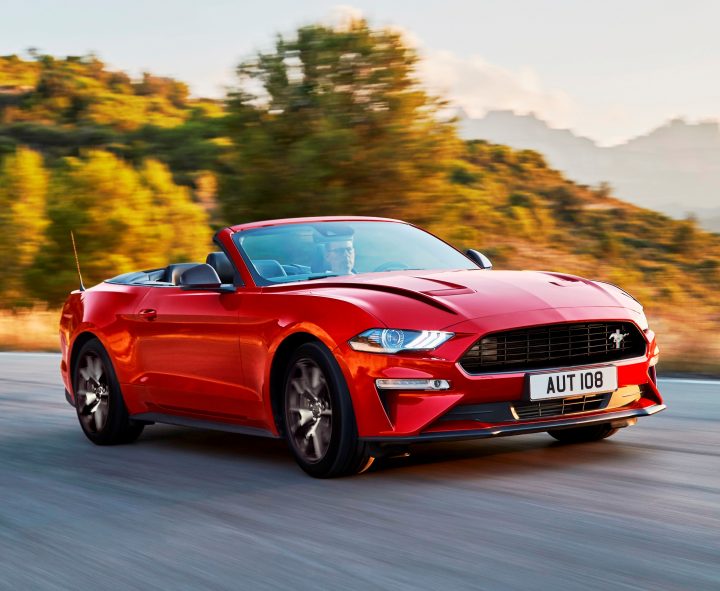 On 17 April the Ford Mustang celebrated its 56th birthday and it has been the World’s best selling sports coupe/convertible for the fifth consecutive year.

Since Ford introduced the sixth generation Mustang coupe and convertible models in 2015 for global sales they have sold 633,000 of them in 146 countries.

Ford sold 9,900 Mustangs in Europe in 2019 with 1,300 going to UK customers. The Mustang 2-door with 2+2 seating is available with the choice of 5.0-litre V8 449hp or 2.3-litre, 4-cylinder 291hp petrol engines. There is a special edition BULLITT version with a 460hp version of theV8 unit. Prices start from just under £40k for the lower powered versions and close to £44 for the cheapest V8 version with the BULLITT coupe priced at just over £49k. 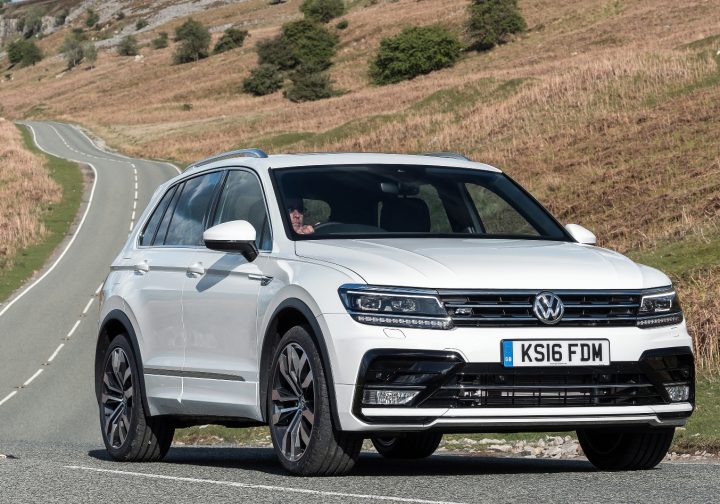 Meanwhile the Volkswagen Tiguan mid-sized SUV has achieved more than six-million global sales since it was first launched in 2007.

However it is outsold by the Golf and Polo models in the UK. Built in VW factories in Germany, Russia, China and Mexico a brand new Tiguan rolls off the production line every 35-seconds and they are sold in over 80% of counties on earth.

Over half of the Tiguan models are the longer wheelbase -7-seat Allspace versions but in the UK the 5-seat models are more popular. UK prices start from around £25k and include petrol and diesel engine options with 2WD and 4WD choices as well.

He beat Steve McQueen who starred in iconic motoring based films such as Bullitt, The Great Escape and Le Mans.

But Clarkson topped the list with his most impressive TV moments over the past 25-years in driving sequences in Top Gear and latterly The Grand Tour programmes.