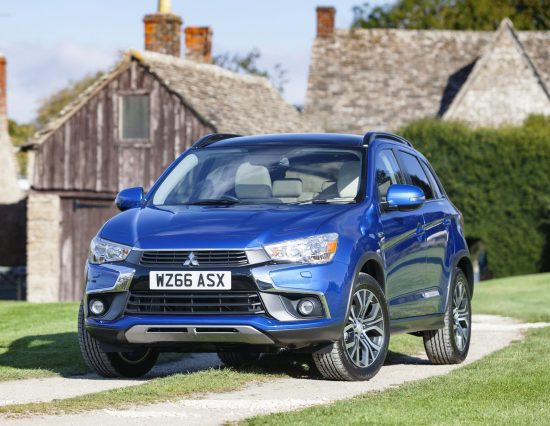 A much improved Mitsubishi ASX is now on sale, writes David Miles.

All models have a five year, 62,500 mile warranty and keeping running costs affordable Mitsubishi’s Service Plan covering scheduled maintenance for the first three years is available for £500 for the 1.6 petrol and turbodiesel models and £675 for the 2.2 turbodiesel versions.

Highlights of the changes are a new ‘Dynamic Shield’ front end styling in line with Mitsubishi’s larger Outlander and Outlander PHEV SUVs, a shark fin roof antenna, revised seats plus a new simplified trim designation with improved equipment for most models – namely more logical ASX 2, 3, 4 and 5 levels. There are six core versions but with leather upholstery and metallic paint choices there are 18 derivatives to choose from.

As before there are three engine options; a 1.6-litre 117hp petrol with front wheel drive and a five-speed manual gearbox with ASX 2 trim level, a 1.6-litre 114hp DI-D turbodiesel with a six-speed manual gearbox with front wheel drive on ASX 3 versions and on demand four wheel drive for ASX 4 and ASX 5 versions. The most powerful engine is a 2.2-litre 150hp DI-D turbodiesel with on demand 4WD and six speed auto gearbox as standard with ASX 4 and ASX 5 spec levels. Range prices top out at £29,114 for the 2.2 ASX 5 auto 4WD derivative.

Apart from functionality and the must have kerb appeal of robust styling, the major consideration by the growing number of customers for Crossovers and SUVs is the comfort level and specification they get for their money. It’s a large and still growing market sector – but highly competitive. 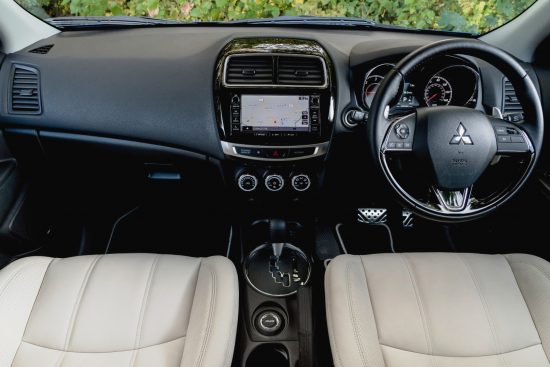 Famous for the 4WD vehicles Mitsubishi launched their ASX mid-sized five door five seater in 2010 as one of the first Crossovers of this size and at a price to compete with the all-conquering Nissan Qashqai. The ASX was updated, including a new 1.6-litre diesel engine, in 2015 so now it’s time for yet a further programme of improvements.

One of the major complaints about previous versions was the cheap quality of its interior trim but it was praised for its good equipment levels, safety features and interior space. It was also perceived to be noisy to drive with poor insulation from engine noise entering the cabin.

All that seems to have changed, but I did initially notice wind and road noise intrusion during my first outing in the vehicle but that seemed to have melted into the back of my mind after an extended road test period over the festive holiday.

My test drive of the 2017 range was with the best selling 1.6-litre turbodiesel engine with its manual gearbox and 4WD system and the ASX 4 level of specification.

The interior quality looks to have been improved –indeed it looked and felt quite plush and well priced at £24,434 or with metallic paint as my test car had £24,959. There were no squeaks or rattles, the trim was soft-feel and it was all well laid out.

The leather upholstery was really well done and with the cold weather which prevailed during my load period heated seats were much appreciated. It is good to see a manufacturer taking note of past criticisms and improving things the next time around.

There is still more to do as most competitors with medium spec Crossover models now include items such as an electrically heated windscreen, emergency city braking and blind spot monitoring functions. Mitsubishi take note please.

In addition to good space for up to five passengers there is a reasonable sized boot of 419-litres which with the rear seat backs folded goes up to 1,193-litres. For those owners that need to use the ASX 1.6 diesel as a tow vehicle the braked weight limit is 1,400kg.

Being a tallish off-road styled vehicle there was some body roll during cornering but generally the handling was tight and well controlled but it still offered a compliant and comfortable ride. Although the steering didn’t offer much feedback it was at least consistent with predictable grip during cornering.

Further grip with the 4WD system was also available through its various selectable modes. In 2WD torque is delivered only to the front wheels. In 4WD Auto mode torque distribution is variable from 98% front to 50/50% front and rear, ideal for ice or snow on-road or gravel or adverse off road conditions. In 4WD Lock mode 1.5 times the torque is delivered to the rear wheels to further improve traction and directional stability both on and off road.

Powering my 1.6-litre turbodiesel model was a four cylinder DI-D direct injection unit with 114hp (112bhp) and with a healthy amount of torque of 270Nm (199lb ft) developed from 1,750rpm.

Drive is through a six-speed manual gearbox which provided positive and accurate gear changes.   Top speed was modest and the zero to 62mph acceleration time was workmanlike.

Only under hard acceleration did the engine note get vocal, most of the time it worked away without fuss and felt pretty refined and responsive. As for fuel economy, the official Combined Cycle figure is 56.5mpg with the 4WD configuration with CO2 emissions of 132g/km, not class leading it has to be said.

During my extended test driving, and at this point I should say in fairness, my test car was so new as 2017 model vehicles are only just available, it had only 80 miles on the clock when delivered so it felt pretty tight but it still retuned an overall average of 46.7mpg. 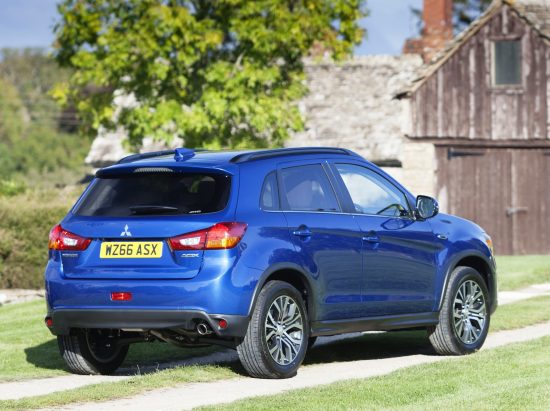 The VED is £130 every year if bought before April this year when prices and bands change to £200 for the First Year rate and then £140 for subsequent years. If this was an end of term school report I’d say, the 2017 Mitsubishi ASX 4 1.6 diesel 4WD is much improved in most areas, not top of the class, with some improvement needed but overall well done.

Against: Wind and road noise intrusion, improvements and extra kit have of course pushed up the price as has the lower value Pound, lacks an electrically heated windscreen, city emergency braking and blind spot monitoring functions now fitted to other similar competitors.