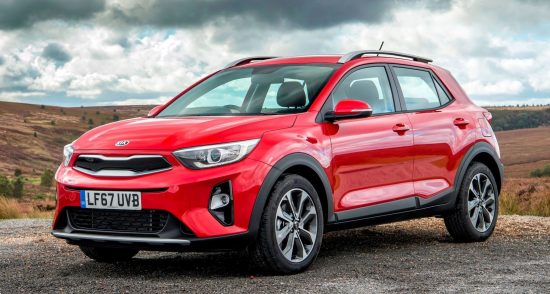 Sales of SUVs of all sizes have reached record levels in Europe and the UK and seemingly every week an additional model joins the market, says David Miles.

The B-segment ‘supermini’ size area of the SUV market is the fastest growing and sales are expected to reach 2.2-million units a year in Europe for 2020. To put that figure in context, it’s not far off the current annual total for the UK’s new car sales.

Paul Philpott, President and CEO for Kia Motors UK and Northern Ireland told me at last week’s Stonic media launch event that the UK’s B SUV market sector has a predicted growth to around 240,000 units this year with a further 18% growth next year. He added that the C-segment of larger SUVs will be around 380,000 units this year and a 15% expected growth next year. This makes the B-segment SUV the fastest growing sector of UK new car sales and the C-sector SUV the second largest.

He added, regarding the new Stonic we have a sales target of around 10,000 units next year but this could be 15,000 and as the vehicle are built in South Korea on the same platform as the new Rio supermini sized hatchback we can build as many as demand dictates.

He said “But the strength of the Kia brand are our high residual values, I don’t want unsold cars sat in fields through oversupply. This year we expect our overall UK new car sales to reach a record total of 92,500 units and we should reach 100,000 units in two to three years time. But that depends on the economic climate which currently is uncertain due to the implications of Brexit and the potential for higher interest rates which could affect new car sales”.

With regard to the number of UK dealerships he said, “Currently we have 190 and our 191st will be one in Abergavenny which opens in January. We have three or four more open points and we have the possibility of adding six or seven more in the future as we expand”. 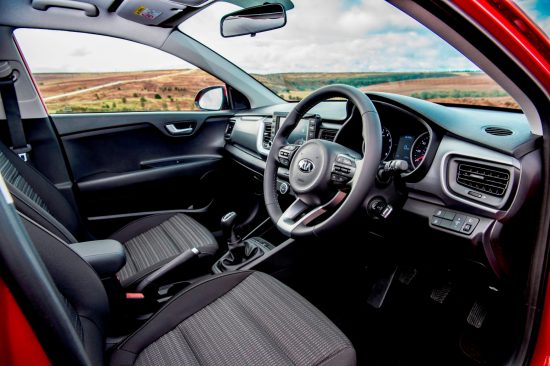 It has the usual SUV style cladding for the lower section of the front and rear bumpers with skid plates, cladded wheelarches, lower door sections and sills. At the front is the Kia family design ‘tiger-nose’ and the sides have sculptured panels to maintain the cars rugged go anywhere looks.

There is a wide range of eye-catching bodywork colours and the First Edition specification offers eight two-tone colour combinations which include black, red, lime green and orange roof options.

Whilst the Stonic is a marginally taller SUV styled five door hatchback I’m not sure there is enough styling differentiation between it and the Rio, after all customers like chunky SUV styling.

Inside the horizontal dashboard styling emphasises width and the taller stance does improve visibility to the outside. The dashboard has upper information and lower control levels and it’s generally logically laid out, but there are numerous buttons and toggle switches on the chunky steering wheel to deal with. Both spec levels have lots of hard plastic trim and linings although the First edition does have additional bright coloured trim which lifts the dark interior. 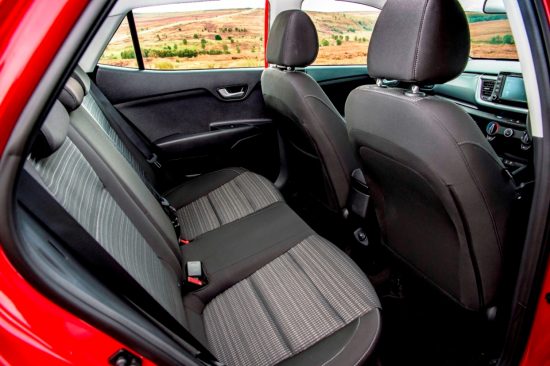 There is a 7.0-inch display with a DAB radio and MP3 compatibility in grade ‘2’, and in the First Edition this is upgraded to a 7.0-inch touchscreen navigation and infotainment system featuring Kia Connected Services with TomTom, Android Auto and Apple CarPlay. Smartphone integration is standard across the range.

On-the-road driving on some main and more winding country roads around Berkshire and Hampshire the low speed ride, especially with the 1.0-litre lighter weight petrol engine, was firm and unsettled over poorer road surfaces. Smoother A-class roads improved the ride comfort and handling but overall it lags behind competitor models for agility and driving refinement offered by the Citroen C3 Aircross, Peugeot 2008, Renault Captur and Vauxhall Crossland X. The handling balance and ride compliancy seemed better with the heavier 1.6-litre turbodiesel engine.

The 1.0-litre three-cylinder T-GDi turbo petrol engine is a bright and lively performer although much more vocal than some other units in this sector. There was a prominent growl under acceleration and some more sound deadening between the engine bay and the passenger compartment could be needed. Once cruising speeds had been reached the noise intrusion died away. It was just another point that added to the lack of refinement that most of its competitor models provide. 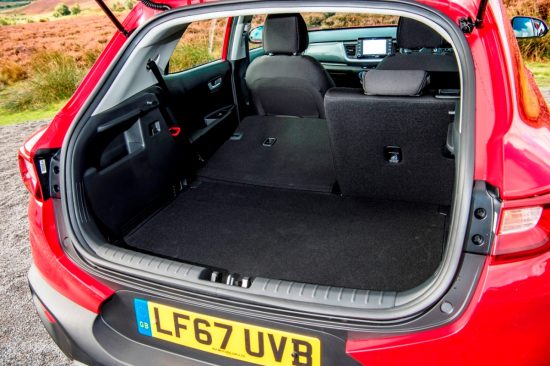 The 1.0-litre T-GDi engine 118bhp turbo petrol engine provides 171Nm of torque from 1,500rpm so low to medium speed acceleration response was good taking 9.9-seconds to accelerate from zero to 60mph. Top speed is 115mph. With its six-speed gearbox it was easy enough to move up and down the ratios keeping the engine in its ‘happy’ zone’.

The Combined Cycle fuel economy is 56.5mpg and on my 70-miles test drive the real-life figure was 43.2mpg and that wasn’t driving very fast due to the traffic and poor weather conditions. The CO2 emissions are 115g/km so VED road tax is £160 First Year rate and then £140 Standard rate.

By comparison the 1.6-litre, four-cylinder CRDi turbodiesel unit provides 108bhp but with significantly more torque of 260Nm from 1,500rpm so it was more responsive to drive right through all speed ranges although the official figures show it is a little slower. Top speed is 112mph and zero to 60mph takes 10.9-seconds.

However the Combined Cycle figure is 67.3mpg and my test drive returned a much more realistic 58.8mpg. With CO2 emissions of 109g/km, VED road tax is £140 every year. 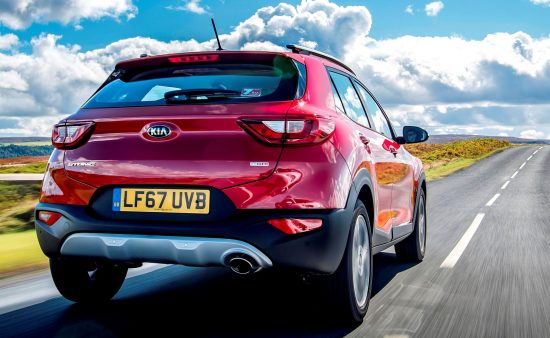 Is it worth paying the extra £800 for the diesel engine over the best selling 1.0-litre T-GDi petrol unit? Yes it probably is with the Stonic in terms of handling, ride comfort and real-life fuel economy, but diesel power is currently not as popular as it was.

Overall the Stonic is a vitally important car for Kia and their customers but it is such a competitive and fast growing market sector it has to excel against the competition. Unfortunately it doesn’t.

Against: Too much drab interior hard black plastic trim, limited rear seat legroom, not enough SUV exterior design differentiation between it and the Rio hatchback on which it is based.