You are here: Home / Motorsport / 2021 / Successful return of Silverstone Classic

Despite an enforced 2020 lockdown sabbatical, the 2021 Silverstone Classic bounced back with renewed style and vigor, encouraging record crowds, capacity grids and quintessential British weather, which failed to dampen participant’s enthusiasm.

Challenging racing conditions, umbrellas and mud underfoot were the order of the weekend on Silverstone’s track and expansive infield zones. 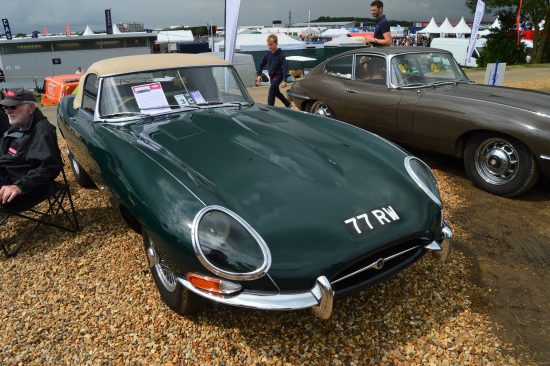 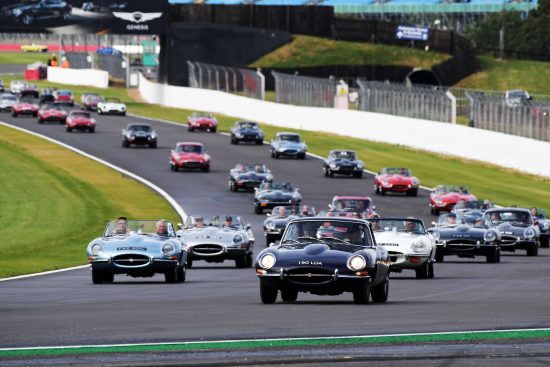 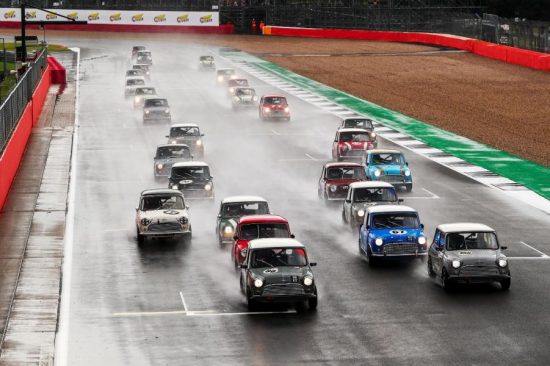 Central to this 30th anniversary Classic’s themes, the Jaguar E type’s 60th birthday. A car synonymous with British 1960s style and triumph on both circuit and trendy streets of London since it burst on the scene at the Geneva motor show March 1961.

Such was the success of the big cat’s Swiss unveiling that a roadster – reg 77 RW – was rushed across the Alps overnight from Jaguar’s Browns Lane factory in Coventry to Geneva, driven by fabled test driver Norman Dewis to provide the international motoring press more access to the groundbreaking British sportscar. 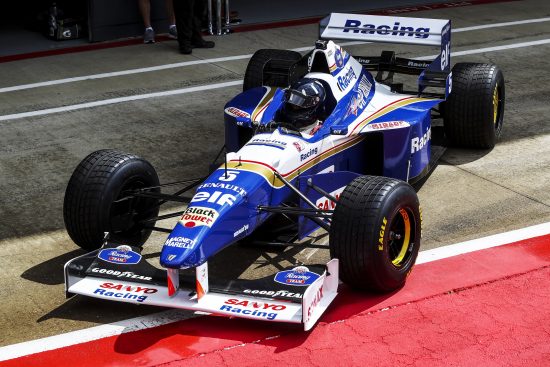 But it wasn’t just the cars that formed a focal point for the weekend. Motoring celebrities too abounded throughout the 3-day historic jamboree, including 1996 British F1 world champion Damon Hill, reunited with his Rothmans liveried, championship winning Williams FW 18/Renault for some quick demonstration laps, professionally run by Williams Heritage.

Among the large variety of entertainment available in Silverstone’s infield, which had adopted a carnival-like atmosphere, was a full-size funfair, racing simulators, classic car & motorcycle auction sales, a wall of death, innumerable car club displays, drifting, hot air balloons, live music concerts, and a vast array of food outlets to suit all tastes and appetites – literally!