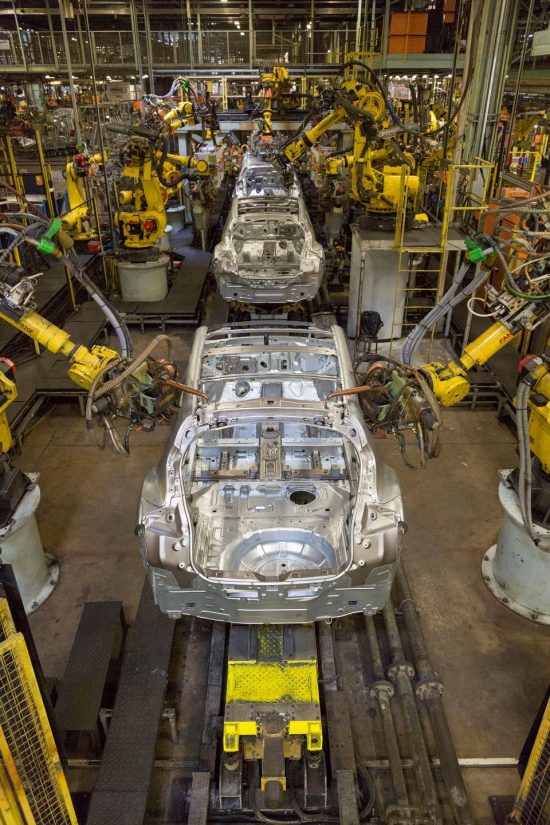 Japanese car markers want to maintain the current business environment and the alleviation of the impact of any radical changes so that the UK remains an attractive destination for doing business, says leading automotive economist Prof Garel Rhys.

It must be remembered that almost 50% of Japanese direct investment intended for the EU in 2015 flowed into the UK. This shows how vital it is to keep the Japanese on board.

So, Japanese business has invested heavily in the UK, and often at the invitation of the UK Government which the Japanese Government highlighted in this message. This means that the UK Government has an obligation to protect the interests of these Japanese businesses otherwise it is breaking trust. This investment was attracted by local conditions, but also because it was ensured there would be free trade, unfettered investment and smooth financial transactions.

Nissan and other Japanese businesses need clarity as to how the Brexit process will unfold. That is where there are institutional changes, the granting of sufficient time for the transition and for the publicising of the changes, the safeguarding of market integrity between the EU and maintenance of the free trade system. Clarification of this will need both a UK and EU response.

What is also required is a framework for dialogue where Japanese businesses can directly convey their specific requests to the UK and the EU.

The Japanese Government hopes that the Brexit process will move forward smoothly so that the world economy can avoid major disruption. It also hopes that Brexit talks will not delay agreement on the Japan-EU-EPA free trade negotiations.

Car firms want to maintain the zero tariff on imports to the UK from emerging countries which the motor industry uses as a source for parts and vehicles.

They also would want duty free trade between the UK and the EU. If duties were imposed Nissan could face levies imposed twice – a double whammy: Duties on auto parts and materials imported from the EU and tariffs on the final products assembled in the UK and exported to the EU. This would have a significant negative impact on their business.

The vehicle firms are also concerned by ‘rules of origin’ provision. Where cars are concerned a division of production of materials and parts exists between the UK and the EU. Brexit would make such products unable to meet the rule of origin on EU products. This means that Japanese companies operating in the EU would be unable to enjoy the benefits of free trade arrangements concluded by the EU.

The car firms would be eager to preserve the current level of information protection, and also the free transfer of data maintained. Otherwise the transfer of information between a company and its subsidiaries could be adversely affected with all the consequences for efficient operations.

It goes without saying that Nissan wants the current framework or something like it, for regulations and certification standards. For cars and CVs these are managed uniformly across the EU. If the UK were to establish regulations, standards and certification procedures different to those of the EU, Japanese businesses operating in Europe would have to accommodate two different systems. This would create disruption and also increased R&D and administration costs.

The Japanese car and part makers would want to maintain access to workers of the necessary skills and numbers. The company would not want stricter requirements for Japanese or other foreign workers in the UK which would harm their business operations. In fact, the system should be relaxed, especially for intra-company transfers.

The Japanese Government would not want to see Japanese businesses in the UK having its access to East European labour restricted, causing staff shortages, increased labour costs, and higher prices, this is not of particular concern to a company like Nissan. Their exemplary record of training and education in the slacker North Eastern jobs market mitigates such problems.

The Japanese Government has stated that Japanese firms with their HQ in the UK may decide to transfer their head-office functions to continental Europe if EU laws cease to be applicable in the UK after its withdrawal. Also, it is concerned that R&D budgets remain applicable to the UK. If not and the UK loses these subsidies, Japanese businesses would want the EU to either subsidise or implement alternative support measures. It should be noted that the “compensation” for extra costs mentioned above, and detailed below can include many measures such as this.

The Japanese Governments “message” has provided an invaluable guide to ascertain what it would take to keep Japanese businesses in the UK. It would be negligent and folly to ignore this in ascertaining the needs of specific cases such as that for Nissan and other car makers.

The kneejerk reaction to this is that no compensation is possible. Clearly this is not so. There are various state aid budgets and policies available.

These influence monies for: skills and training; research & development; capital grants in assisted areas for plant and products and non-financial support. So, the UK Government has to be innovative. In the past it shown it can be.

Furthermore, Nissan is in an alliance with Renault of France. The country has shown itself to be world class in finding ways and means to support business whilst staying within the rules. If unsure of itself the UK Government could ask Renault how this is done. This can include not only giving aid but also in reducing penalties (e.g energy costs, business rates).