Following its enforced 2020 sabbatical, the Mastercard Goodwood Festival of Speed returned with a bang – including daily pyrotechnics – last week after being chosen as a pilot event by the UK Government’s Event Research Programme, writes Ken Davies.

Adding credibility to this decision, the Right Hon Oliver Dowden MP, Secretary of State for Culture, Media, and Sport paid a visited the Festival on Friday. Regardless of the event’s unique status, the festival drew eager crowds keen to celebrate motoring and motorsport after the enforced break, albeit in mixed weather. 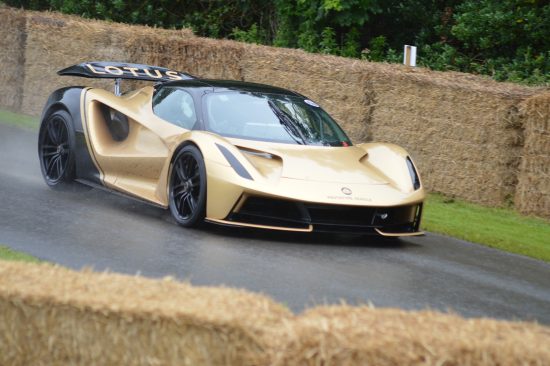 Familiar favourites at motorsport’s ultimate garden party; the Red Arrows roared overhead Friday and Sunday, an array of elegantly eclectic concours cars graced the Cartier Style et Luxe lawn while the Central Feature displayed a virtual Lotus Emira to both viewers at the event and those enjoying the occasion watching at home.

The festival’s theme was “The Maestros – Motorsport’s Great All-Rounders” and key amongst them was Roger ‘The Captain’ Penske, returning to Goodwood for the first time since 1969 when he raced at the Goodwood Motor Circuit in a Ferrari 250 GTO.

As well as the great man himself, who was ever quicker up the Hill in the Penske Porsche RS Spyder, was a collection of cars illustrating Team Penske’s indelible haul of multidisciplinary titles over the years including NASCAR, IndyCar, Indy 500, Australian Supercars and of course Le Mans. 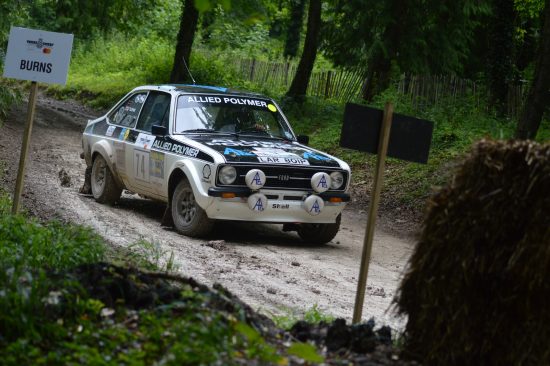 Celebrated alongside Penske was Mario Andretti, reunited with some of his championship winning machines while Jacky Ickx – sadly unable to attend in person – was well represented by a class of sports, GT, and saloon cars which had featured in the great Belgian’s career.

After an 18-month hiatus with virtually no motor shows taking place, a host of new production cars made their debuts in the First Glance and Michelin Supercar categories. We saw the INEOS Grenadier, Ford Mustang Mach E GT, Hyundi Ioniq5 and thunderous Land Rover Defender V8 take to the Hill.

Alongside them a number of cars made world premieres; the Toyota GR 86, Genesis G70 Shooting Brake, BMW 2 Series Coupé and, of course, the Lotus Emira which received a spectacular daily showcase in front of Goodwood House alongside the Evija hypercar. 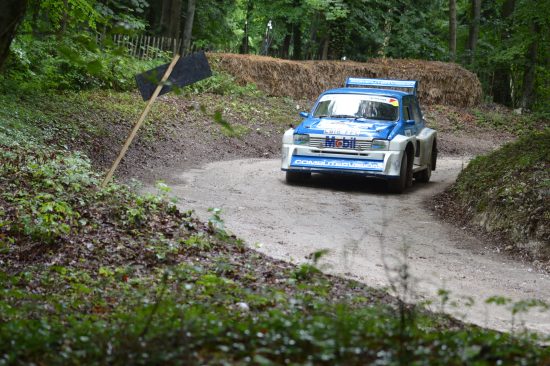 The stars were not just limited to the cars, with current McLaren F1 Team drivers Daniel Ricciardo and Lando Norris enjoying some classic Formula 1 machines on the Hill, Olympian Chris Hoy took on Gravity’s jet pack challenge and Chris Evans broadcast his Virgin Radio Breakfast Show live from the Festival on Friday morning.

On Saturday afternoon the passing of motorsport commentary legend Murray Walker was marked with a poignant tribute from 1996 F1 champion Damon Hill.

There aren’t many non-motoring celebrities who can stop the knowledgeable Goodwood crowd in its tracks, but Hollywood superstar Tom Cruise did just that on a surprise drop-in visit on Sunday morning.

Cruise was treated to a spectacular display of precision driving and drifting in the Assembly Area by the Terry Grant Stunt Show team. Also new this year was the Driftkhana competition, first run at SpeedWeek at the Goodwood Motor Circuit in October 2020, the event adapted for the tighter confines of the hill climb. After a smokey, sideways weekend, James Deane emerged victorious in this crowd-pleasing competition.

On a the more inanimate Cartier Style et Luxe Lawn, taking home some silverware at the end of the four days was the 1974 Lancia Stratos HF Stradale owned by famed designer Marc Newson, which was judged to be the finest and best-presented car in the competition.

Meanwhile, at the very top of the estate, the Forest Rally Stage – treacherously slippery when Sussex chalk meets rainwater – hosted a line-up of iconic machines representing the long history of the World Rally Championship. 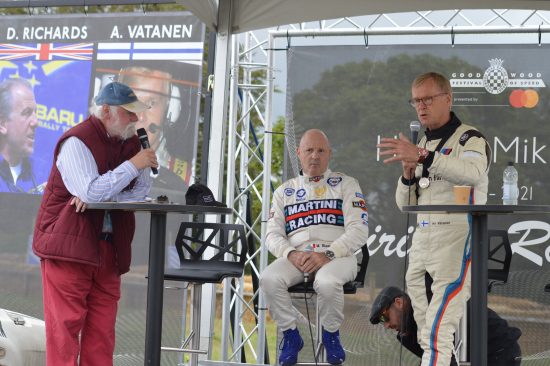 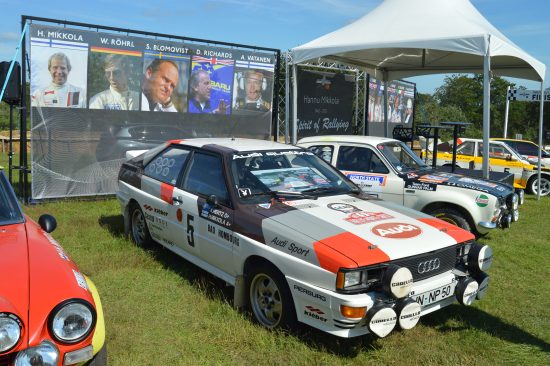 This year saw the inaugural Hannu Mikkola Trophy, created in honour of the driver who originally designed the stage for Goodwood and who sadly passed away in February, was presented to James Sunderland MP from the Armed Forces Rally Team driving a Land Rover Wolf XD, judged to be the driver who best emulated the Flying Finn’s fearless style.

Final highlight of the Festival of Speed is always the Shootout on the main hill which this year saw a great variety of cars go one at a time up the 1.16-mile climb passing in front of Goodwood House.

Going into the final day Travis Pastrana led in his Subaru WRX STI with a time of 48.10, but the final was brought to a halt after the Chevrolet Camaro NASCAR of Jack Tetley crashed just before the finish line and by the time the track was cleared, rain threatened the runs of the fastest qualifiers from the previous day.

Despite a strong challenge from final runner Pastrana with a time of 46.20, it was wheel-perfect Rob Bell in the factory-supported McLaren 720S GT3X who took top honors in 45.01 seconds. Third was Jeremy Smith’s Spice Cosworth SE88 on 47.16. So ended 2021 Festival of Speed, a welcomed sign that normality is returning.