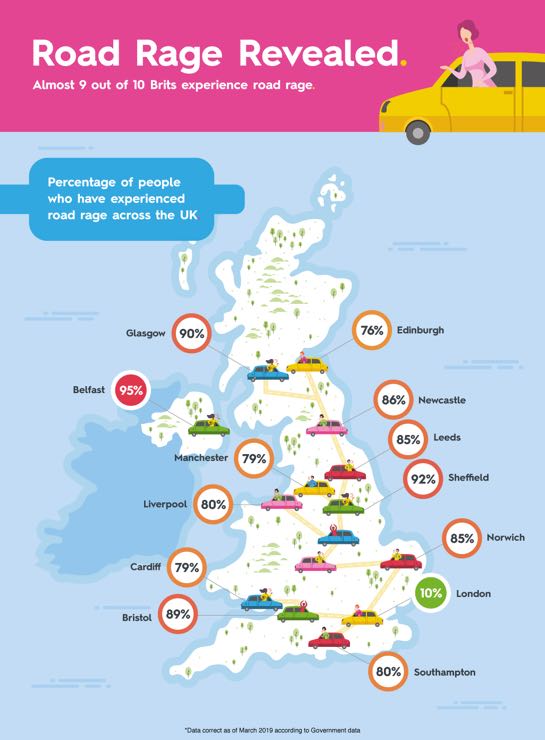 Over 11% of drivers have consciously chased someone whose driving has annoyed them they have told pollsters for the Car Shop.

The stats also show 8% of drivers have had physical fights, 6% have damaged their victim’s vehicles and, shockingly, 3% of British drivers have even assaulted someone with their vehicle due to road rage.

However, most drivers deal with their road rage through swearing (40%), making rude gestures (36%) or beeping at the other driver for longer than necessary (35%).

Others admitted posting photos or videos of the person that annoyed them online (9%), 6% have left notes on other people’s cars, and one in 20 British drivers have cried.

The causes of road rage seem to be quite universal, with most British drivers being angered by being cut up (40%), being tailgated (38%) and by other drivers failing to indicate (30%).

Other common causes of road rage are being stuck in traffic (23%), seeing other drivers littering or spitting out of their cars (22%) or other drivers failing to give way (21%).

Motorists also found instances such as encountering selfish parking (19%), being undertaken (19%) and drivers pulling out onto a roundabout when it’s not safe to do so (18%) enraging.