You are here: Home / Featured / Rail industry: Wales must not be left in the sidings 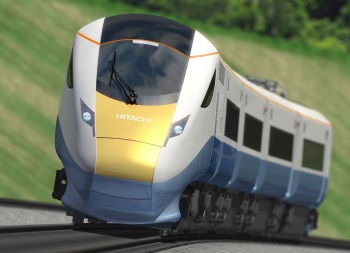 This is in addition to the redesign of antiquated stations and other infrastructure.

Apart from interest in attracting facilities to make lighter weight suburban stock, the Welsh Government seems unaware of the business opportunities to come. So what is on offer?

The growth in demand for carriages and power cars will be the biggest since the huge 1955 British Rail Modernization Plan which led to the end of steam.

Deals have been signed for over 5,7000 carriages as part of an upgrade to meet anticipated demand. The RDG said that trains worth £11.6 Billion will be manufactured. This is an enormous sum. The funding comes from the UK Government and the rolling stock companies. A total of 5,738 carriages will be in service by 2020 – this is only four years away.

The largest orders for heavyweight stock for long distance trains amounts to £5.7 Billion. This will be for the likes of Great Western and East Coast Main Line and will replace the very successful InterCity 125 stock introduced in 1976 and now 40 years old! This and other orders will bring the number of carriages to 15,000 by 2020.

The RDG claim that 50% of the new trains will be made in the UK, a process already underway. However, they fail to mention that many parts and components will be imported. So this, plus the imported trains, will see major expenditure leak abroad.

Experience suggests that 55-60% of the parts expenditure will be in the UK, which together with the costs   internal to the builders such as labour and capital indicate an overall UK content per train of around 76% by value.

This is not insignificant, but it does explain why the huge £11.6 Billion investment will only support 2,000 jobs in the UK, including 100 apprentices.

The foreign beneficiaries include the usual suspects. The new generation of electric trains for Thameslink is being built in Germany by Siemens and this is part of a £1.6 Billion contract. As an “offset”, some jobs will be created in the UK supply chain, but as yet there is no indication of any numbers to be created here.

At least three other contracts have gone to CAF of Spain. This company may establish a Welsh facility to make lightweight stock. This could employ around 300 people, perhaps 15% of the UK total.

In 2016, CAF won a £490 Million contract to build trains for Northern Rail, beating UK bidders. This project may give some indication of what CAF might turnover in Newport. This is not a value-added figure, which would be much less. Such an expenditure would be about 4.5% of the UK total on a turnover basis.

Even though trains and “content” will be imported there is still business of around £5 Billion to be won in the UK.

True, links must be forged with, often foreign, contractors but this is normal in today’s business world.

There are a huge number of projects and the expenditures are colossal.

To put this in context: Much has been made of the intention to spend around £1 Billion on Britain’s roads (Autumn Statement 2016) but the railway rolling stock programme alone dwarfs this.

This rail plan is an opportunity that no business wants to miss. However, it is almost impossible to detect any strategy by the Welsh Government aimed at capturing a significant slice of this for Welsh-based contractors or any engagement with the key actors. It must be realised that this is high value-added equipment.

The rolling stock will have major electronic capability of which wi-fi connection is only one. It fits in with “tomorrow’s industries” that the Welsh Government says it wants to promote and the Welsh Government must demonstrate that it recognises the opportunities presented by railway rolling stock manufacture – opportunities lost should not be an option.