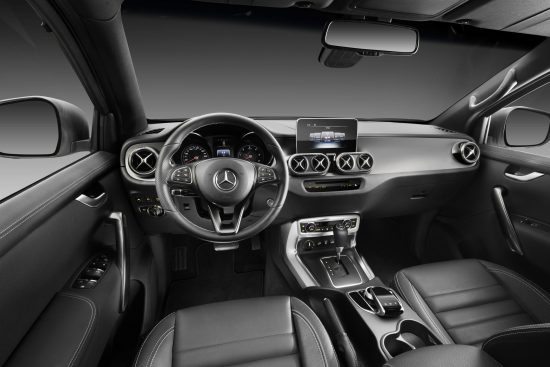 Premium pick-ups are catching up on vans, because the Land Rover Defender is no longer made.

The arrival of prestige manufacturers providing greater choice in the pick-up sector is leading to a growing proportion of buyers choosing to run them instead of vans, says Arval.

The vehicle leasing and fleet management specialist says that the success of models such as the Volkswagen Amarok and the arrival of the Mercedes-Benx X-Class are both signs of a developing trend, as is the fact that almost all major manufacturers now offer a pick-up.

Eddie Parker, LCV product manager, said, “This is a continuation of something that has been underway for a decade or more. Pick-ups have been becoming more and more car-like, both in terms of comfort and equipment, and driving characteristics.

“For these reasons, we have seen more and more smaller fleets decide to swap their company van and their private car for a pick-up with a double cab, potentially moving from two vehicles to one.”

The luxury pick-ups evolved from a standard pick-up and often feature a double-cab design with seating for four or more and a big loadbed which doubles up as a commercial during the week and a way to move bikes, quads and surfboards at weekends, and some can be covered with a rigid top to improve protection of the load area.

The Mitsubishi L200 Double Cab is probably one of the most successful in this series, although it has suffered with changes to tax legislation which has affected the pick-up market over the last two years.

A new Land Rover Defender is being developed but unlikely until next year at the earliest and there are doubts it will be as  practical as the earlier versions as the marque moves up market.