Flying Spares, the world’s largest independent supplier of Rolls-Royce and Bentley parts, has uncovered new evidence suggesting that the 1972 Rolls-Royce Silver Shadow from the Oasis album cover ended up being banger raced and was destroyed.

Neil Arman, Director of Flying Spares, said, “Supplying the car in the swimming pool for Be Here Now is part of Flying Spares folklore, and people often ask us what happened to it. 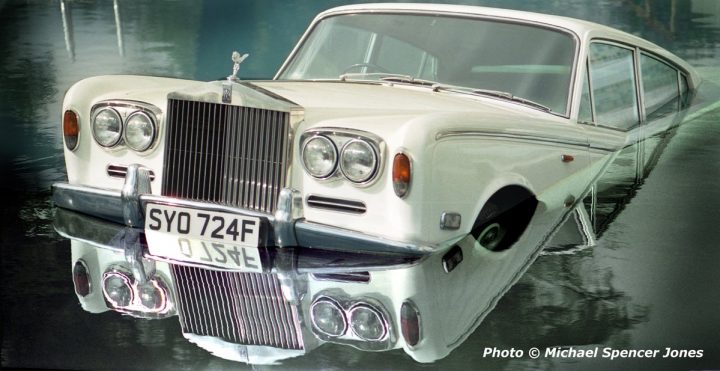 “We sold it at a music memorabilia auction back in the 90s, but this summer we heard that the photographer, Michael Spencer Jones, was trying to find it, with a view to buying it. We put some feelers out in the trade, but no one seemed to know anything. It was a mystery, so we did a press release appealing for information.”

He added, “The story went crazy and got picked up around the world! As a result, a few leads came in, mostly clearly false trails. By far the most promising was from motoring journalist Dan Williamson.

“He explained that there’s mythology in the banger scene about famous cars like the KLF’s Ford Galaxie police car and the Jaguar from Shaun of the Dead. He recalled that the Oasis Rolls was linked to a Kent-based banger racer called Danny, so we did some detective work and managed to get in touch.

“At first, Danny was a bit reticent because he’s taken stick from classic enthusiasts over the years. We are very familiar with that thorny issue, but sometimes once-great cars, even Rolls-Royces, are beyond repair. By breaking one you can keep another six on the road. To be clear, the Oasis Rolls was a wreck, totally undriveable, it didn’t even have an engine. We fixed it up to look the part, but it was basically a prop.”

Finally, Neil concluded, “Back to the story. Danny sent us a photo of a black and red banger – a car he raced once, at a big Firecracker event at Essex Arena in 2003. He was told when he bought it that it was ‘the Oasis Roller’. That really got our attention. It was certainly the right model and Danny knew a lot of details about the work we’d done to get it ready for the photoshoot, things hardly anyone would know.

“If this was the Oasis Silver Shadow, it had a different grille, axels from a Series 1 Jaguar and a V6 engine from a Ford Granada… and it got smashed to pieces at Firecracker! That seems a suitably rock n roll ending, but it isn’t definite, there’s no paperwork to prove it conclusively, so it could still be out there, maybe.” 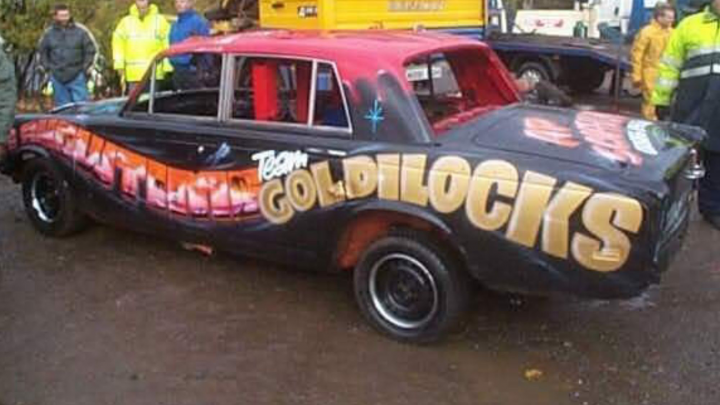 As well as the cover for Be Here Now, Michael Spencer Jones also shot the covers for the first two Oasis albums, Definitely Maybe and (What’s the Story) Morning Glory?, The Verve’s Urban Hymns and Suede’s Stay Together.