The two-year extension to the previous offer from MG Motor UK follows the milestone achievement of more than 10,000 MG3 models sold since the car’s launch in 2013. 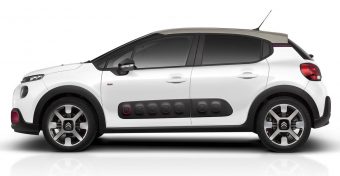 Citroën has joined forces with ELLE, the fashion magazine, to bring an all new special edition to the range, Citroën C3 ELLE.

The model features original touches of colour in Cherry Pink, a special roof graphic and the ELLE logo on the front doors as well as Active Safety Brake and ConnectedCAM Citroën and orders open in the UK today starting at £15,595.

SEAT has extended its scrappage incentive scheme until 31March.
The scheme enables owners of any diesel vehicle that complies with pre-Euro 5 emissions legislation to qualify for the SEAT scrappage incentive to receive between £1,500 and £3,500 towards a new SEAT model registered by 30 June.