Škoda has developed a new smartphone app, Škoda Parent Taxi, which lets parents charge their kids via the currency of chores.

Launched ahead of the summer holidays, the app has been created as part of new research by Škoda which found Britain’s parents drive approximately 1,648 additional miles a year ferrying their children around, the equivalent of £12,565 worth of taxi fares if parents were to charge their kids the average London taxi cost-per-mile rate. 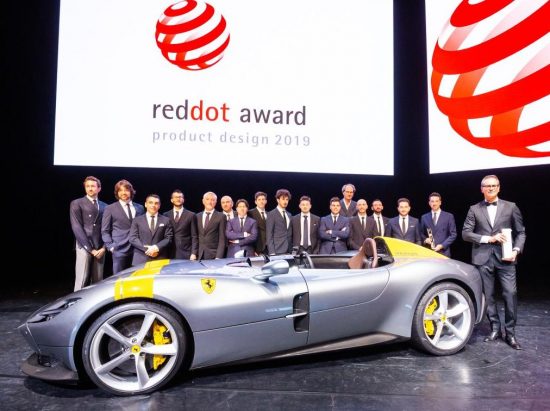 Since 1988, the title “Red Dot: Design Team of the Year” has been awarded annually to a design team that has distinguished itself through its continuously innovative design work and thereby sets standards in its respective industry.

In 2019 that honorary title has been awarded to Flavio Manzoni and the Ferrari Design team which received the “Radius” challenge cup for its consistently excellent designs, having won five consecutive Red Dot: Best of the Best awards for its innovative sports cars.

Jaguar Land Rover has secured a £500 million loan guarantee from the UK government.

It was confirmed a week after announcing a new range of electrified cars will be made in the Midlands and safeguard thousands of jobs.

Nissan saw a 26% dip, Volvo went down nearly 22% and FCA slid 13.5%, but other major manufacturers also saw falls, partly due to fewer selling days in June.

Volvo is facing a headwind and need to cut costs.

A slowdown in sales, trade tariffs, technology investments and new model plans have led to a £172M of savings over the next 12 months and more prudent moves will follow as it responds to conditions.

The module, called Protean360+, is thought to be the first of its kind to be developed for commercial applications that offers a limitless 360-degree steering capability.