Britain’s best-selling plug-in hybrid has recharged its specification for 2017.

While improving on the hybrid hardware which is probably the most sophisticated and civilised set up you’ll encounter in the EV sector, it has also delivered a new dynamic package under the diesel version as well.

From its first appearance as a concept at the turn of the century the Outlander PHEV hit the road and rough stuff with intelligent all-wheel-drive in 2012 and last year was the UK and world’s best selling hybrid.

Over 26,000 have been sold in Britain since 2014 and it’s taken over third of the plug-in sales as the technology spreads.

Initially it was recommended by accountants to their clients who wanted to write down costs and save BIK but as the numbers spread and the convenience was appreciated by families, the sales have slowly equalled out between business and private buyers.

With average commutes well within its fully charged electric range it offers the prospect of going to work for a few pence but it has the engineered capacity to extend that with its petrol engine taking over to boost the on-board battery pack to supplement regeneration from braking and freewheeling.

This year’s improvements to the Outlander PHEV mean the battery only range stretches to 33 miles and a typical driver will see 166mpg overall combining battery and petrol engine use. What’s more, emissions are now down to 41gkm and the pack has shortened charging time to 25 mins to reach 80% of full charge. 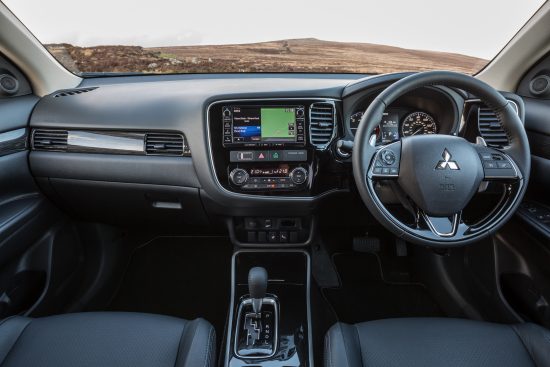 On the road the new Outlander PHEV has a pure EV mode to use in urban areas when required, new parking brake system, revised headlights, crash mitigation and blindspot warning alert.

Mitsubishi has also said that the PHEV is better for those doing up to 100 miles regularly but over that distance they are suggesting the new Outlander diesel would be more cost effective.

A morning’s run in the Outlander 150ps 2.2 four-cylinder diesel quickly confirmed it now rides and handles better than before.

It feels tauter but is still comfortable on bad bits, the engine has good pulling power and with the six-speed manual box in the test model it returned 36.2mpg overall but close to 40mpg at times.

A shorter run including some green-lanes on a country estate in the Outlander PHEV was not a challenge for the 4WD system, which is ideal on wintry roads and modest muddy tracks but the ground clearance will limit serious off-road challenges and you’d not want to puncture or immerse the traction batteries anyway. 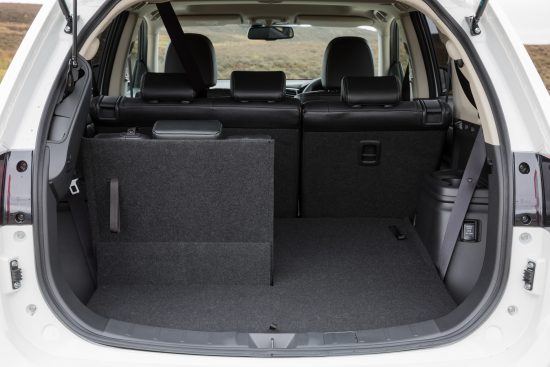 This returned 35.9mpg overall which suggests it depleted its battery sooner than I expected and was using the 121ps 2.0 litre petrol engine. I really liked the Outlander PHEV’s ability to regenerate by harnessing braking and going down hills off the throttle and a driver can select how much they want to recover in this way.

The fully automatic PHEV needs some familiarity to make the most of the system but it’s essentially a powerful, simple and effective powertrain which is now in a model that should charge ahead of the game. 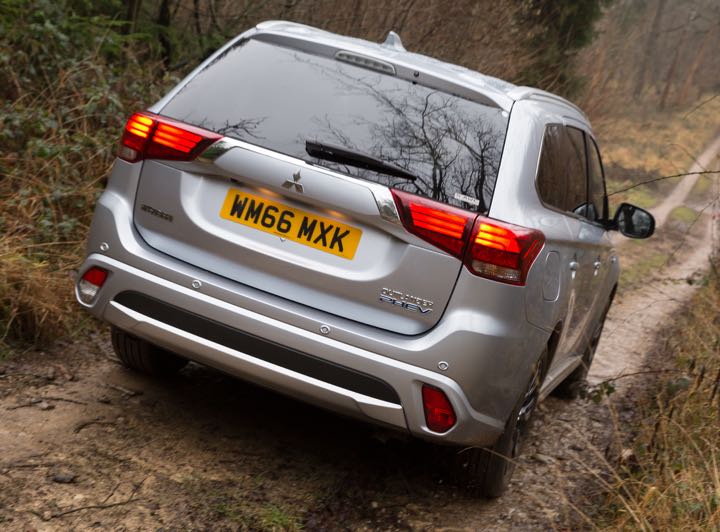