Designed to offer the best of what DB9 can be, the new car delivers world-class grand touring and hand-built excellence.

Claiming the title of the most potent DB9 yet devised, by virtue of its uprated 6.0-litre V12 engine which now boasts 547 PS – the DB9 GT makes its public debut as part of Aston Martin’s impressive presence at this week’s Goodwood Festival of Speed.

The independent double wishbone suspension all round continues to deliver secure handling while the three-stage Adaptive Damping System (ADS) offers distinct  Normal, Sport and Track modes for the broadest possible breadth of dynamic characteristics. Inside, it has completely overhauled its infotainment system to take on rivals. 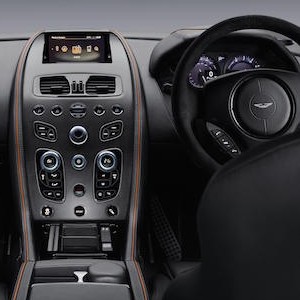 The rest of the range has been refreshed as well. The sporting Vantage line-up and luxurious Rapide S four-door four-seat sports cars all benefit from a raft of colour, trim and equipment enhancements for 16MY, with the Vantage Coupe and Roadster models gaining a new touch-sensitive centre console fascia.

The AMi II infotainment system also makes its debut in Vantage and Rapide S, with the debut of corresponding new features such as visual vehicle status power and torque meters, offering real-time read-outs of engine bhp and torque.

New interior trim packs deliver the option of even greater personalisation for customers, with the addition of Vivid Red, Royal Mint, Black Damson and Bronze Metallic to 16MY leather palettes across the Vantage car lines.