So with that in mind, plus the overall decline in diesel sales in our domestic market, I opted for the Passat Saloon GTE Advance 1.4-litre TSI, PHEV, 218hp, 6-speed DSG auto priced at £38,940.

There are extra cost options available such as a £335 rear view camera and Dynamic Chassis Control with variable suspension settings at £895 which would push the price over £40k and incur the higher Standard rate VED road tax for 5-years, so select with care!

Although the Government’s £3,500 subsidy for PHEV vehicles has been dropped and that has caused PHEV sales overall in the UK to fall, VW UK sees their GTE PHEV models more than doubling in popularity because they have reduced the prices by an average £2,500 and that goes a big way to offsetting the lost Government subsidy. There is also the very real bonus of an improved electric power only driving range, lower tax costs and excellent fuel economy. 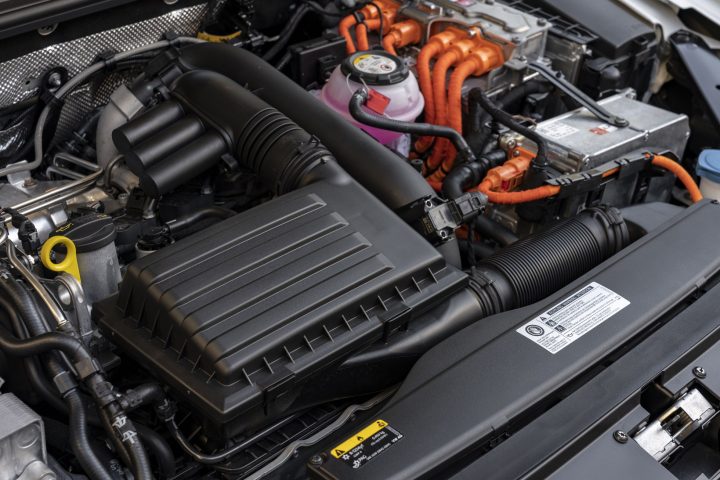 Despite its relatively small capacity 1.4-litre TSI turbo petrol engine the performance is further boosted with an electric motor. Top speed is 138mph and the zero to 62mph acceleration time is just 7.4-seconds. But it’s the 400Nm of combined engine and electric motor torque that really makes this powerpack impressive.

Torque is immediately available from the electric motor moving off from standstill and the motor goes on giving ‘grunt’ until the engine starts delivering its torque from 1,500rpm.

Combined with the 6-speed DSG auto gearbox the power delivery is immediate and the changes between ratios smooth and the interchange between petrol and electric power imperceptible.  There are of course the usual driving modes the driver can use depending upon mood or traffic conditions and the energy capture to top up the battery through braking is also adjustable depending upon driving conditions.

My short test drive around the Oxfordshire roads included a fast section of 70mph dual carriageway  where the worst fuel economy figure of 46.7mpg was recorded but once using the winding country roads where energy capture through braking  was more common the figure rose to 74.3mpg and the overall combined fuel economy for my brief road test was 65.2mpg.

Now, like most other PHEVs, that is nowhere near the official Combined Cycle figure but it is at least as good as a modern diesel engine and with much lower tax costs  and arguably with better outright driving performance when needed.

If owning a diesel powered car has become prohibitive then PHEVs are a very good replacement providing the price is right and VW have addressed the price issue with the new GTE models. 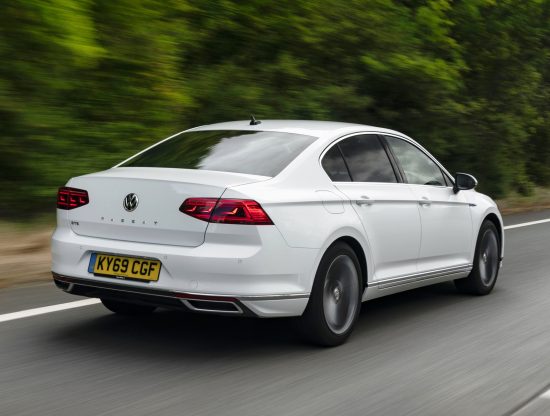 In all other respects, the added driving and connectivity technologies, high specification, mildly enhanced styling and new and revised powertrains, the refreshed 2020 model year Passats are, shall we say ‘conservatively refreshing’, so they should continue to be solid, roomy and comfortable business and family use vehicles.