You are here: Home / Featured / JLR double-boost to Midlands

Jaguar XE production is being moved from Solihull to Castle Bromwich and the company is also launching new petrol engines at its Wolverhampton site.

The XE will gradually transfer from its current home at Solihull, demonstrating the inherent flexibility of Jaguar Land Rover’s West Midlands manufacturing operations – the result of more than £1bn of infrastructure investment at Solihull and Castle Bromwich.

Wolfgang Stadler, Jaguar Land Rover’s Executive Director of Manufacturing, said, “The significant investment to create two centres of excellence in aluminium vehicle manufacturing, utilising shared technologies, was deliberate. It gives us the flexibility to quickly respond to consumer demand for our growing range of products.”

The arrival of XE at Castle Bromwich continues the renaissance of the plant, which was slated for closure in 2008.

The £100m investment to welcome the latest model takes the total invested in the site to more than £500m over the last two years, supporting continuous improvement in the production of XF, F-TYPE and XJ, also built at the plant.

Nicolas Guibert, Castle Bromwich Operations Director, said, “2016 is a pivotal year for Castle Bromwich. The arrival of the XE sees us increase our model lines and volume.

“This plant has a rich heritage and is undergoing its most significant transformation in decades, with major infrastructure projects either complete or under way. The commissioning of our all-new press line and launch of our body shop to support the introduction of XE means Castle Bromwich is future-proof.”

In August, Jaguar sales stood at 85,726 for the year, an increase of 72% on 2015. This strong performance is driven primarily by F-PACE, the fastest selling Jaguar of all time, and XE, which made its US market debut in the summer.

Jaguar Land Rover’s Solihull plant will continue to operate three shifts, 24 hours a day, to keep up with global demand for the Jaguar F-PACE and Range Rover Sport which are built on the same production line. 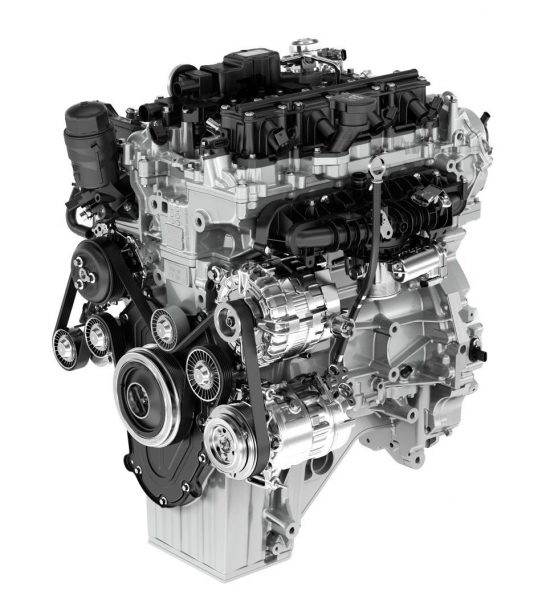 It is also launching a new range of petrol engines based on the four-cylinder Ingenium design but developing 200, 250 or 300ps.

At the heart of its low-emissions strategy, the new four-cylinder Ingenium petrol engine is now in production at Jaguar Land Rover’s £1 billion Engine Manufacturing Centre and are the most advanced engines the company has ever developed.

They will deliver up to 25 per cent more power than the engines they replace and offer fuel consumption reductions of up to 15 per cent.

Looking to the future, Jaguar Land Rover has developed a revolutionary advanced automatic transmission that will both improve the efficiency of future vehicles and expand their all-wheel drive capability. The £30 million advanced research project, TRANSCEND, uses an innovative ultra-wide ratio spread (20:1) that integrates low-range gear box, dual-clutch and hybrid technologies to deliver new levels of off-road performance and fuel economy improvements of nearly 10%.