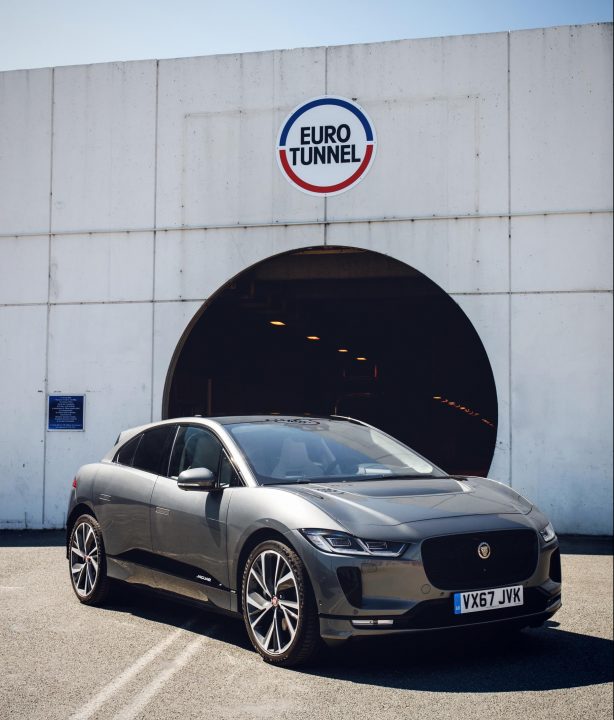 The Jaguar I-PACE has demonstrated its real-world usability by driving 229 miles from London to Brussels on a single charge.

The all-electric performance SUV began its intercity trip on London’s South Bank, with its 90kWh battery fully charged, before heading to the Channel Tunnel terminal at Folkestone.

But unlike the 80 million vehicles that have made the crossing by train since the Channel Tunnel opened, the I-PACE travelled the 50km through the world’s longest undersea tunnel using its own power.

After emerging into the Calais sunshine from the service tunnel which runs between the two rail tunnels, Stephen Boulter, the Jaguar engineer behind the wheel, headed east and arrived at the historic Mons Des Arts in central Brussels with eight per cent battery charge still in reserve.