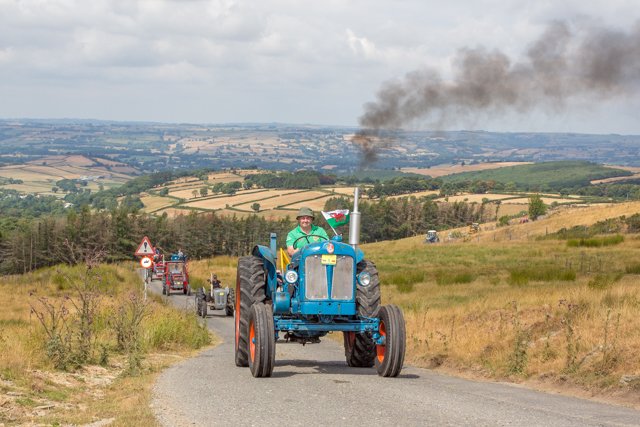 As tractors arrived in their droves at the Gwili Jones yard in Lampeter the sun shone down to greet the drivers for the John Owen organised tractor run, writes Gary Jones.

Sadly, it was renamed the John Owen Memorial Tractor Run after the hugely popular man from Lampeter unexpectedly died after suffering a heart attack shortly before it took place.

However John had asked some of his fellow friends from the Lampeter & District Vintage Club if they would help carry on with the run when they called in to visit him in the hospital, he asked just in case he was not out in time to lead the run himself on his favourite Ferguson Grey and Gold Tractor. 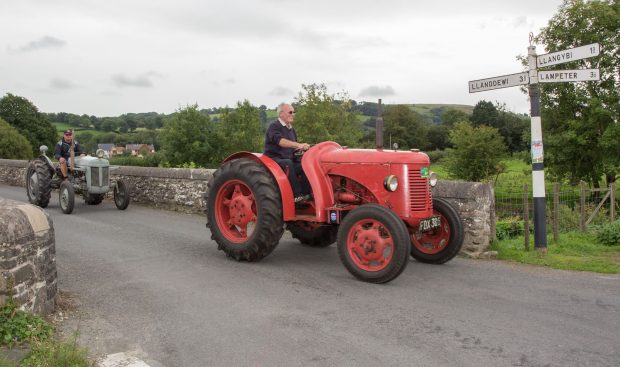 The run went ahead as planned following the route John had been around three weeks before with some tractors from Llandovery and Carmarthen. The convoy left Lampeter heading through Cwmann and to the top of Ffaldybrenin with view points as far as the eye could see over Ffarmers towards the Black Mountains.

Then it was then over the hill to Llanddewi across more scenic roads where another stop was had overlooking the Teifi river down towards Llanfair Clydogau and Llanddewi.

The 23 mile run concluded with a pas over Llanfair bridge and back to the Lampeter Rugby Club for a carvery that John had again pre arranged.

With a raffle and auction prior to the run kicking into gear as well as a huge amount of donations and the tractor entry the total money raised was £1015 for Macmillan Cancer Support.

A huge thank you must go to Gwili Jones Lampeter for the start venue, Lampeter RFC for the dinner, persons who donated prizes for the raffle and auction. Also grateful thanks to Mark Evans from Evans Bros for auctioneering some items, the girls for selling the raffle tickets as well as taking the tractor entries.

Most of all thanks to each tractor driver that turned out to make the Lampeter Tractor Run the best organised run to date thanks to the enthusiasm shown by one of the Lampeter & District Vintage Club former members who will be hugely missed but never forgotten.