Some 25 years since the first Subaru Impreza World Rally Car made its winning debut on the stages of the World Rally Championship, the bespoke Prodrive P25 recaptures the essence of that very Impreza, while taking inspiration from the 22B arguably the most iconic Impreza.

Modern technology ensures the P25 is more powerful, lighter and with better handling. 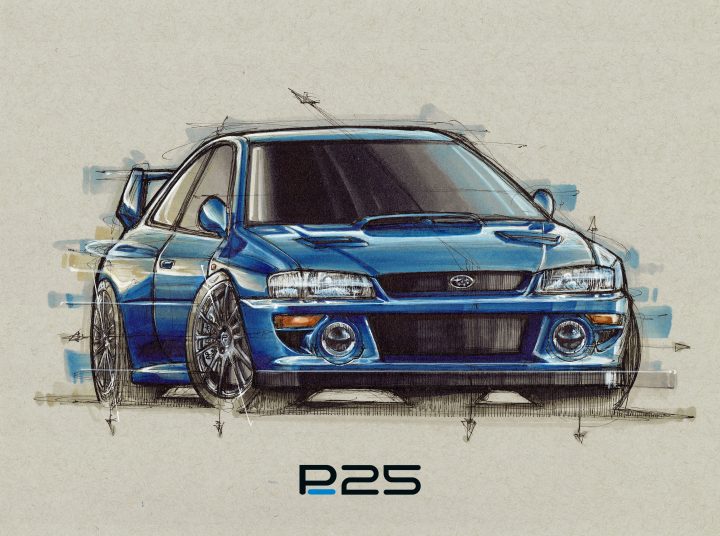 This time it will have a 2.5 litre flat four ‘boxer’ engine producing in excess of 400 bhp, a six speed semi-automatic paddle-shift gearbox and with use of carbon fibre, a lightweight chassis.

The P25 will be produced in a limited run of just 25 cars, all built at Prodrive’s headquarters in Banbury, UK just off the M40, after making its debut at the Goodwood Festival of Speed in June.  Prodrive is now taking expressions of interest and the first of the 25 cars will be delivered to customers later this year.

The P25 is the idea of Prodrive chairman, David Richards who said, “The original 22B Impreza is considered the most iconic of Subarus and highly sought after. We wanted to enhance everything that made that car so special by applying the very latest technology to create our own modern interpretation of a car that’s established a place in motoring history.”