You are here: Home / Motorsport / 2022 / Hybrids hit the hard stuff this weekend in WRC

Kalle Rovanperä starts on the back foot this weekend as he defends an early-season FIA World Rally Championship lead in Croatia at the event that marked his low point of 2021.

The Toyota Gazoo Racing driver holds a 14-point advantage ahead of the Zagreb-based Croatia Rally (21 – 24 April), round three of the year and the first pure asphalt fixture of the new hybrid-powered era.

Twelve months ago the 21-year-old Finn was in a similar position at Croatia’s maiden WRC appearance, but the youngest driver ever to lead the series crashed out after just a handful of kilometres (below).

Rovanperä admits his lack of knowledge of the complex low-grip speed tests in the hills around the capital puts him at a disadvantage. But he is up for the fight.

“Everybody has now one more year of experience there so I think it’s going to be a bit difficult for us,” he explained. “But we have been in that situation also before and we just try to manage that the best way possible.

“It’s going to be more tricky for me this year. [Last year] it was a new event for everybody and it seems that it was quite a tricky one. Everybody said the stages were quite difficult with the grip. Watching the videos, it seems the grip was changing all the time.”

This second edition has a lot to live up to. Last year was a thriller with Sébastien Ogier snatching victory from Toyota team-mate Elfyn Evans when the Welshman slid onto the grass at the final corner. The 0.6s winning margin was the third-closest WRC finish ever. 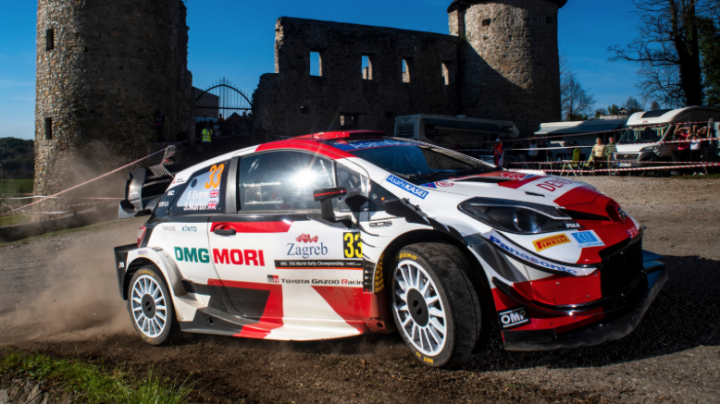 Gus Greensmith is M-Sport Ford’s frontrunner in a Puma. The Briton, who lies fourth in the standings, is joined by Craig Breen and Adrien Fourmaux, who scored an impressive fifth place last year at his top-level debut.

A fourth Puma will be in the hands of 2019 WRC2 champion Pierre-Louis Loubet for the first time.

Hyundai Motorsport field the same line-up for the third consecutive rally. Thierry Neuville is Rovanperä’s closest challenger in the points after finishing second on the previous round in Sweden.

The Belgian is joined in i20 N Rally1 cars by Oliver Solberg and Ott Tänak, who is hoping for a big upturn after a disappointing start to the season.

The rally starts in Zagreb this evening ahead of three days of competition on asphalt which varies from smooth to badly broken and features many tricky crests and jumps in 20 stages over 291.84km.