The car plant opened 36 years ago and helped Swindon build up its town and workers lives so the permanent closure announced in 2019 will be a blow to all concerned and their UK supply chain. 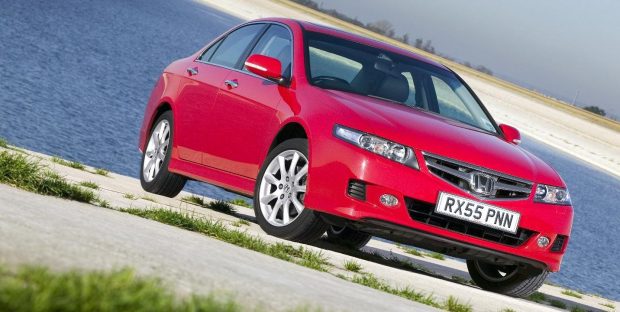 About 3,400 worked in Honda but it supported 10,000 components makers in the UK after it began making engines in 1989 and the Accord (right) went into production three years later, seeing the Civic join in 1994.

The acclaimed Honda CR-V arrival in 2000 really raised the plant’s profile in the business and European automotive sector but that ended after 18 years when production was moved out of the UK.

After making its 2 millionth model in Swindon in 2008 the Honda Jazz was put on the lines in 2009 for five years.

The Japanese parent continued investing in Swindon without taking any UK taxpayers aid from the Government but the recession and its knock on effect was particularly bad for models which needed updating so Honda production fell from a high of 250,000 cars annually.

The final nail in Honda Swindon’s coffin was an agreement between Japan and the EU in July 2017 to end import tariffs on cars, which meant the UK built models lost their advantage which it had enjoyed before when Far East-made models were penalised.

The Civic was the last to leave the lines this week and it was made there since 1994 over six generations of the family hatchback including the highly sought after Type R.

In March this year it was announce the 370 acres site and its two vehicle assembly halls and engine production complex (right) had been sold to an American developer for a logistics company.

About 200 staff will continue to decommission the vehicle plant and send off its manufacturing lines to other Honda operations.

It was thought for some time that the Honda name might continue over the plant when car production ends to provide batteries for the automotive sector as this is one sector of the automotive industry expecting to see a huge rise in demand and output, but it was not to be.

Battery makers have headed to the North East and Coventry Council has earmarked a site adjacent to the city’s airport for a gigaplant while the Welsh Government saw their hoped for battery plant at St Athan also going north despite a memorandum of understanding being agreed.

In a Welsh Parliamentary session this spring, First Minister Mark Drakeford said they had not given up on getting a battery plant in South Wales and mentioned the Baglan Bay Energy Park as possible location, but there have not been any further details on that to date.