There have been changes to the Highway Code.

Along with trying to fool speed cameras and the fines that are associated with them, the AA has revealed which driving habits in the UK could also land you with fines. 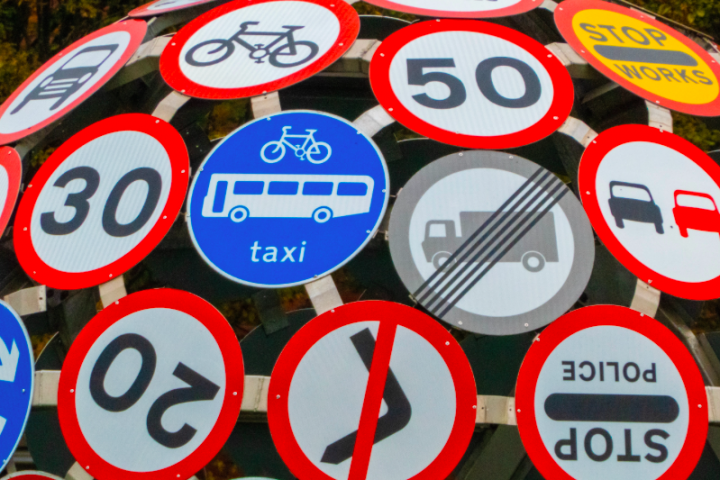 The most recent Passenger Seat Survey1, conducted by the AA, looked at the habits of drivers across the UK and how these are related to the occurrence of accidents on the road.

According to the research results, 100% of respondents think they’re safe drivers, despite admitting to dangerous habits. This suggesting we find it harder to recognise and truly admit our own unsafe driving habits compared to spotting unsafe driving in others.

The most common unsafe habit that drivers admitted to was driving when feeling tired (66%), followed by eating whilst driving (52%) and smoking at 17%.

How the new highway codes will affect you

Before starting on a lengthy travel, make sure you get sufficient sleep.

Stop in a secure location if you feel sleepy. Do not stop in an emergency area or on a highway hard shoulder.

The study conducted by the AA, revealed two-thirds of the drivers we polled admitted to driving while tired. Drivers are more aware of the dangers of drink and drug driving, but driving when tired can be fatal. 1 in 50 accidents last year were attributed to driver fatigue.

When overtaking on a dual carriageway with three or more lanes, utilise the centre lanes or the right lane, but return to the middle lanes and then the left lane when it is safe to do so.

After the Department of Transport was slated by pressure groups, motoring organisations and High Court Judges and Coroners, over hard shoulders and running lanes it has now issued this new rule.

If you have to stop your car due to a breakdown or an incident, attempt to halt in a relatively safe location where you, your passengers, and your vehicle are less likely to be in danger from moving traffic.

Due to being so close to high-speed traffic, hard shoulders offer less protection than other locations of relative safety.

You and your passengers should remain as far away from your car and moving traffic as feasible.

Critics have already said the new Rule 275 does not go far enough and the DoT should abandon the dual lane situation and its reliance on cameras and sensors in the road to monitor traffic flow which can change faster than the operators can pick up changes.

With 33 updates to rules and two new laws being added – drivers must ensure that they read the Highway Code thoroughly to ensure a safe trip is carried out during every journey.