You are here: Home / Featured / Elfyn Evans gears up for historic challenge 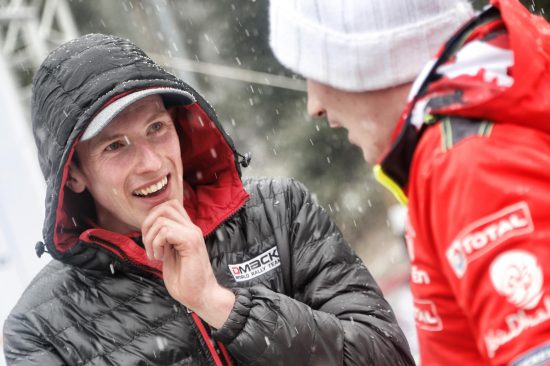 As tradition dictates, the FIA World Rally Championship commences with the notoriously challenging Alpine classic – a wintry event that always throws up an ultra-testing cocktail of ice, snow and slush making the already demanding mountain roads among the trickiest on the 13-round WRC calendar, which reaches Wales in early October.

Evans has contested Rallye Monte-Carlo four times previously and has never finished outside the top eight. His best result to date is sixth place on his debut in 2014 and again last year.

“It’s never an easy event,” admits the 29-year-old from Dolgellau. “There are so many factors that come into play that you don’t generally get on a more normal round of the championship but it’s an iconic way to start the year. The stages themselves – if you take away all the snow and ice – are absolutely fantastic.”

Since taking his maiden WRC win in Wales – the first for a Welsh driver, and the first for a British driver on home soil since the late Richard Burns in 2000 – Evans has been promoted by his title-winning M-Sport team. For 2018, he and co-driver Daniel Barritt line up alongside five-time World Champion Sébastien Ogier in one of the Cumbrian outfit’s pair of front-line Red Bull-liveried Ford Fiesta WRCs.