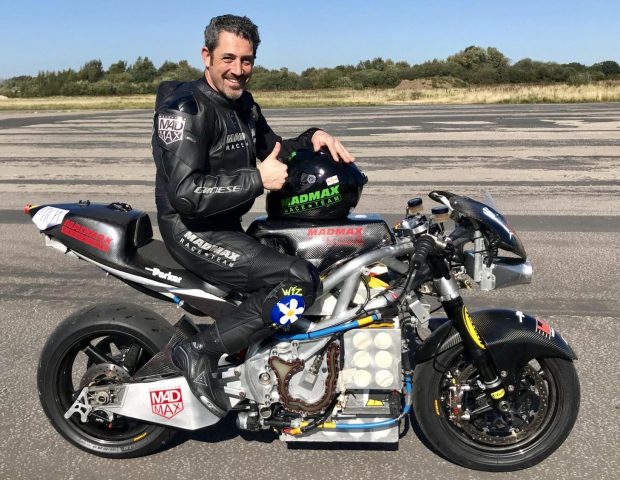 International multiple ACU Motorbike speed record holder and self-proclaimed ‘Speed Freak’ Zef Eisenberg achieved four FIM World records for an electric motorbike unfaired, with an ‘average kilometre’ speed of 185mph, and peak GPS speeds of 197mph. He victoriously secured the title for the fastest electric motorbike bike in the world without a fairing.

Afterwards, Zef said, “I can’t explain how happy and emotional this was. The Nottingham University Team of talented PhD students have built and engineered an incredible racing bike under the leadership of Dr Miquel Gimeno-Fabra – they should all be so proud.

“I hope these records will help to put electric bikes firmly on the map, as the speeds and technology certainly impressed many of the combustion powered motorbike competitors, especially as the bike was achieving the same top speeds as a Kawasaki H2 – considered the fastest and most powerful production motorbike you can buy.”