When you cut off the top of an Easter egg, you still have chocolate so can enjoy it even more and it’s the same with the Bentley Continental GT Speed Convertible.

The basic egg is good enough but if you’re lucky there will  be some more treats inside, which is what we found with the incredibly satisfying 650bhp 6.0 litre 12-cylinder twin-turbo petrol convertible version of the GT Coupe. 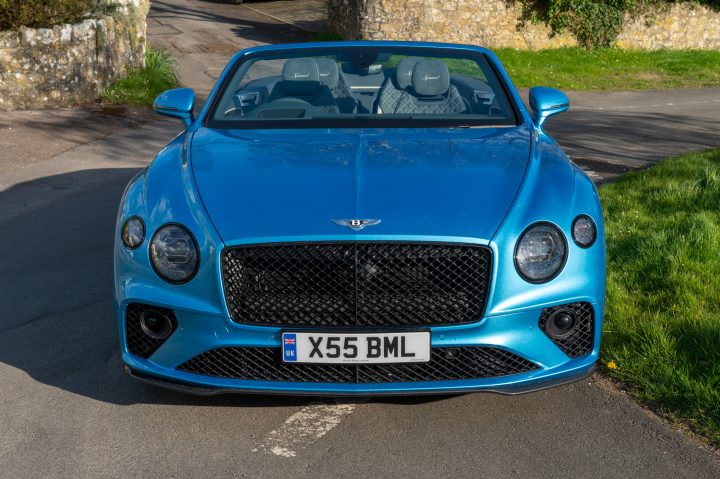 As befits a car of this upper class, the comprehensive standard specification was crowned on the test car with carbon ceramic brakes, styling enhancements, Naim sound system, touring specification and rotating display among other extras. 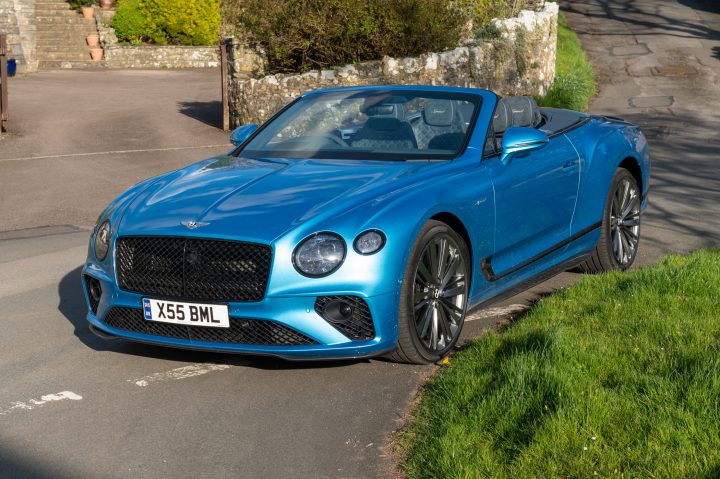 The Continental GT series was the first new line from the brand in 2003, after it was bought by Volkswagen in the late 90s, and the Convertible followed three years later, refreshing the open-roofed concept of earlier models such as the Azure.

There is a 550ps 4.0V8 GT Convertible or the model we tested, the 659ps 6.0W12 Speed Convertible. The Continental series is Bentley’s best seller and makes up about 40% of the business and 40% of those are W12 versions.

At the top of the Bentley Continental GT range, the Speed Convertible redefines luxury motoring and trans-European travel. No waiting for planes, just jump inside the two-door body and take off. 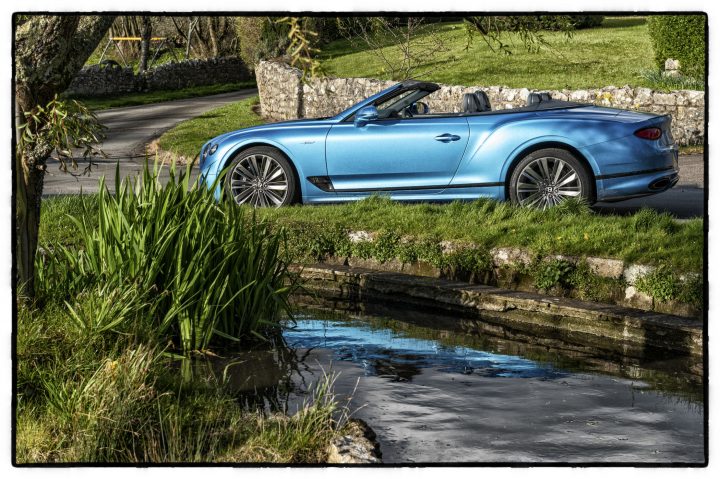 If it’s a long or short journey is of little consequence as this is a car which performs the mundane Monday chores as capably as the getaway Friday treat.

Using Volkswagen Group’s engineering expertise the 12-cylinder W-profile engine has been shoe-horned under the bonnet and with a highly sophisticated eight-speed transmission attached it never lacked power for instant acceleration at any moment, or for seizing gaps in traffic, overtaking and then silently gliding along.

You can let the dual-clutch system do its own thing or use column paddles to make your own up or down changes. However driven, it’s quick yet composed. 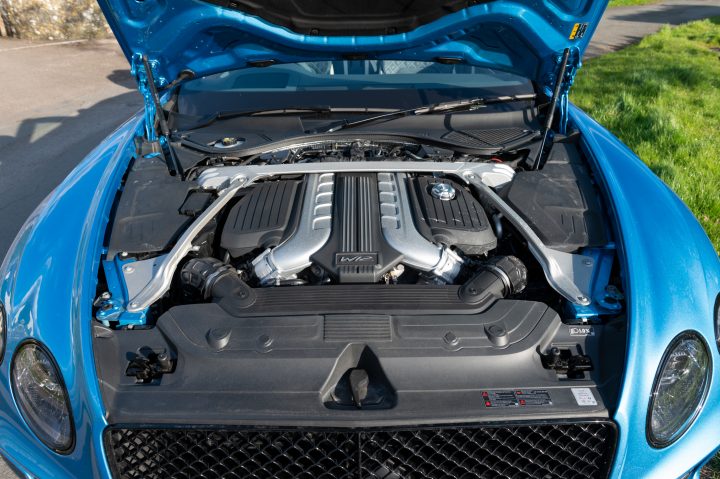 Bentley has worked in four driving modes for the user, a dynamic setting, comfort, Bentley default which blends both, and then a firmer-edged sport category ideal for track use or unlimited German autobahns.

Multi-pot calipers on carbon ceramic brakes behind 22-inch wheels took care of taming the power when required with incredible stopping ability and precise feedback. Electric power assisted variable ratio steering gave maximum assistance at low speed and fine feel at high speed so it could be accurately placed through sweeping bends and with a few arm-twirling moments slotted into a parking space, but the turning circle was large.

For that reason, the parking sensors and cameras did an excellent job all round. Which was just as well because the car’s corners were barely visible and the rear haunches seemed to stick out a long way.

Now visibility can be problem in any convertible, if the roof is erect it sometimes has a deep rear section and when stowed it may conceal blindspots but in the Bentley Continental GT Speed Convertible the powered hood drops out of view under the tonneau cover of the rear deck and when used the sides and back are slim. Very bright intelligent headlights, large fast wipers and low waistline ensure good sightlines and the infra-red night-vision sees objects hidden in the darkness up to 140m ahead, colour coding their danger value for the driver to react. 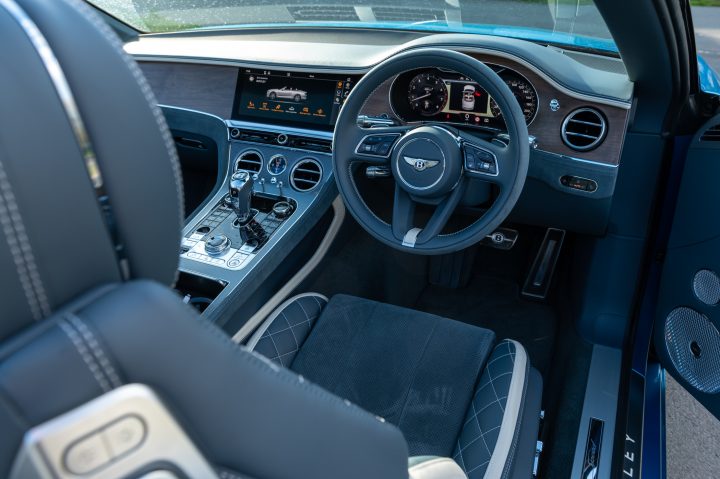 Access is excellent to the front seats while their backrests tip forward or move the whole seat for those climbing into the tight pair of back seats and hoping they do not need a lot of legroom, which is in short supply.

The seats are curved to hold occupants whether infront or behind and the Comfort option pack offers the ultimate in support and massage settings along with heating or cooling users including warm air scarves. There’s a heated steering wheel, naturally, but also surprisingly a heated armrest. 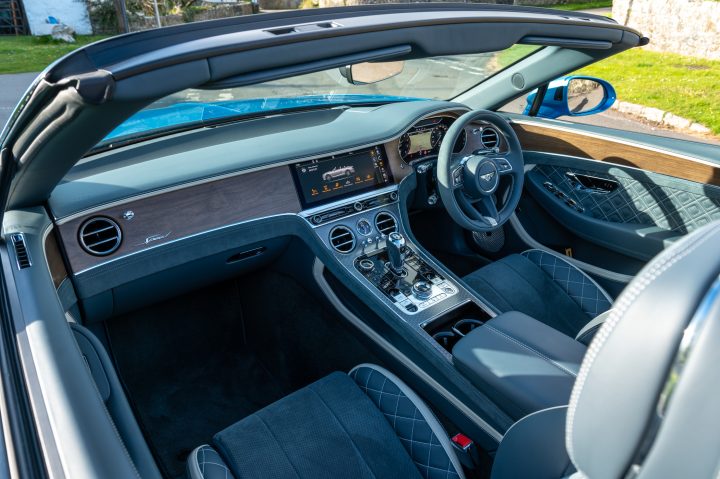 The car’s main heating and ventilation system offers a boggling range of settings and outputs, all very precisely controlled and accurate, and not unduly noisy either.

Oddments space was a challenge with not many places and those provided were on the small side, suitable only for pens in some slits. Boot capacity was also modest for such a large car and it had a shelf which meant items had to be pushed under the hood compartment to maximise the available space.

Everything is really well laid out for the driver and passenger with big clear instruments in the fascia, the central console and in the optional rotating display for infotainment, three additional instruments or a simple blank veneer. The central console houses seat comfort controls along with the automatic transmission selector, suspension modes and parking-brake and camera selection. There is little wasted space.

We tested the different suspension settings and immediately appreciated how they altered the handling and feedback to the driver, the responsiveness of the powertrain and coped with poorer surfaces, helped by 4WD. 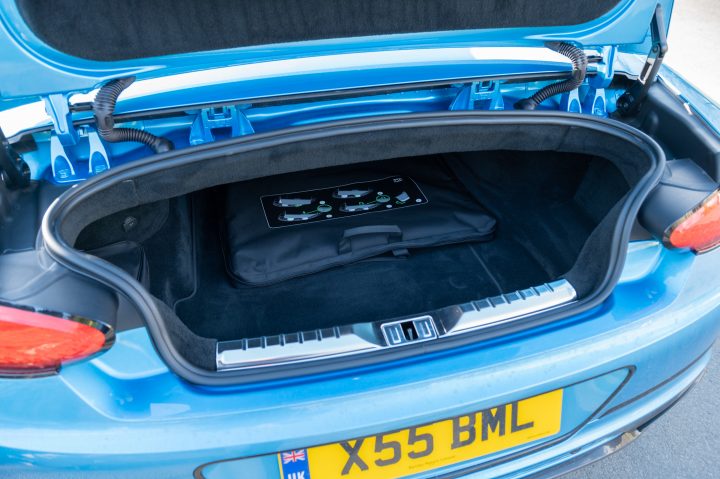 Apart from a throatier exhaust note in the performance settings, the Bentley GT was not unduly noisy and even its road rumbles were muted, wind noise was non existent with the hood erect and even stowed the high side windows mean most turbulence flowed over the passengers.

In performance terms it’s a very quick car because you have to remember it’s pulling along nearly 2.5 tonnes and that solidity could be experienced because there was no scuttle shake or twisting.

The Bentley Continental GT Speed Convertible oozed sophistication and refinement, blended capability with ease of driving and must stand out as one of the industry’s all time greats with few flaws and everything to enjoy.

© Images by Roger Donovan MediaPhotos.co.uk and to order or see more exclusive shots of this and other highly desirable cars visit his automotive site 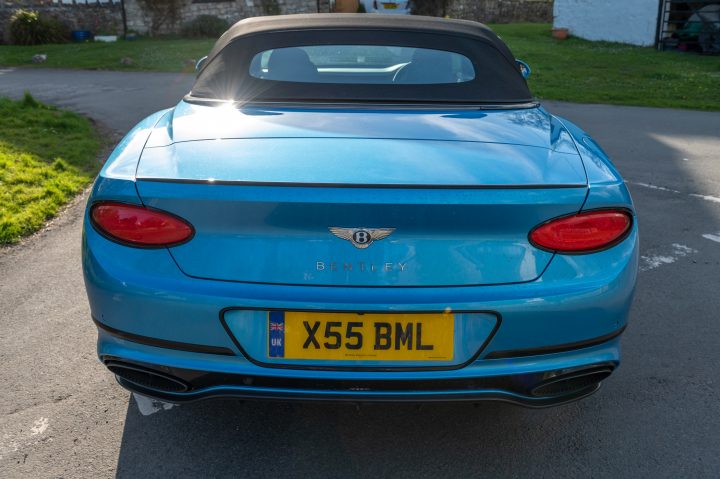