You are here: Home / Industry / Distribution / East & West are best together, says expert 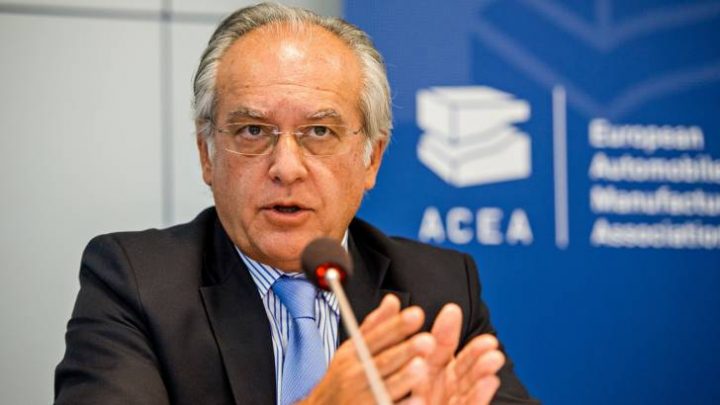 They  account for half of all passenger cars sold and built around the world and the regions are emerging as the major global regulatory powers, setting ambitious standards and targets for tomorrow’s vehicles. Last year, the Chinese car market contracted by 3.5%, marking the first decline in nearly three decades. Nevertheless, sales still reached over 23 million units, with China remaining the largest passenger car market in the world and accounting for nearly one-third of global sales in 2018.

The EU car market, on the other hand, expanded by a tenth of a percent last year. While this increase is extremely modest, it did mark the fifth consecutive year of growth. With more than 15 million cars registered in 2018, the European Union accounted for nearly one-fifth of the global car market last year – coming in second place after China.

ACEA’s 15 members are truly global companies, with a strong presence in nearly all world regions and China in particular. In fact, ACEA was among the first associations to recognise the importance of the Chinese market. Because of that we will celebrate the 15th anniversary of ACEA’s successful presence in China later this year.

When we opened our Beijing office in late 2004, some 2.5 million cars were sold in China each year. Today, Chinese passenger car sales have increased nearly tenfold, making it the largest car market in the world. Back then ACEA opened its office with a view to promoting cooperation between the European and Chinese automotive sectors. Clearly that decision has proven to be prescient.

Now, the European Union is the biggest exporter of passenger cars to China, accounting for more than half of total Chinese car imports by value. The other way around, China is also the number two destination for EU-built passenger cars: 17.5% of the total value of EU car exports heads for China.

And while the United States remains the number one destination for EU passenger car exports, the total value of EU exports to the US fell by 2.8% last year. By contrast, EU car exports to China continued to grow in 2018 to reach a total value of €22.4 billion, despite Chinese output falling by 2.5% during the same period.

Chinese cars, on the other hand, are also increasing their share of EU imports. Last year almost 320,000 passenger cars were exported from China to the European Union, compared to some 132,000 the year before. That is an increase of 143%, with China now accounting for 8.8% of total EU car imports.

All of our 15 member companies are active in China today. For some of them, their presence consists of importing motor vehicles into China. The vast majority of European car makers, however, now produce in China, operating some 30 production and assembly plants. Last year, EU-owned companies made almost 6 million passenger cars in China, accounting for nearly a quarter of total Chinese car production.

Indeed, the remarkable expansion of the Chinese car market over the last two decades has been driven to a significant extent by the activities of ACEA’s members. But in recent years Chinese companies have also stepped up their investments in automobile production in the European Union. In 2018, they produced some 422,632 passenger cars in the EU at five production plants in Bulgaria, Belgium, Sweden and the United Kingdom.

To facilitate this increasing degree of integration between both industries, ACEA is actively promoting cooperation between Europe and China, as well as balanced free trade and efforts to harmonise regulations, processes and technical standards. Looking at the latter, taking away such non-tariff barriers is important in order to remove current impediments to trade.

To give you a concrete example, the use of globally harmonised regulations can ensure that a car designed and produced in the EU can be sold in another market, and the other way around of course, without the need for additional certification. That is why ACEA believes that EU and Chinese manufacturers should join forces at the global level in order to drive international harmonisation of auto standards and regulations.

When it comes to the environment, the EU and China are also becoming the two major global regulatory powers setting ambitious standards and targets. The European Union recently agreed the world’s most stringent CO2 reduction targets for cars and vans for the years 2025 and 2030, while China has introduced ambitious sales quota for electrically-chargeable vehicles. It is especially in this domain that we should foster cooperation.

Not only between manufacturers, but also between regulators in China and the EU, as they need to work together to create the right conditions for tomorrow’s mobility ecosystem. This includes, for example, the rollout of infrastructure for the charging and refuelling of alternatively-powered vehicles, the widespread introduction of connected and automated driving, as well as emission standards for both CO2 and pollutants.

And my counterpart at the Chinese Association of Automobile Manufacturers (CAAM) shares these views. As Dong Yang, Executive Vice-Chairman of CAAM, stated in February: “So that the Chinese auto industry can continue to flourish, we need to strengthen our policies, standards and regulations. To this end, we are seeking extensive international cooperation to align our industry more strongly with the global market. Our cooperation with ACEA is extremely important, as it will enable us to learn from Europe’s mature standards and regulation system.”

To formalise this high level of commitment, the major European and Chinese automobile associations recently pledged to strengthen their collaboration. In the presence of representatives of the European Commission and the Chinese Mission to the EU, ACEA and CAAM signed a cooperation agreement last month, committing to working more closely together in the future.

As today’s economic and political uncertainty is expected to persist in the near future − including the uncertain global trade environment that we are currently facing − ACEA believes that it is more important than ever to foster relations between the EU and Chinese automobile sectors, as well as policy makers and regulators on both sides. I can assure you that ACEA is committed to continuing this important work in the coming years and decades.