You are here: Home / Featured / Conversion Challenge kicked off by Faletau 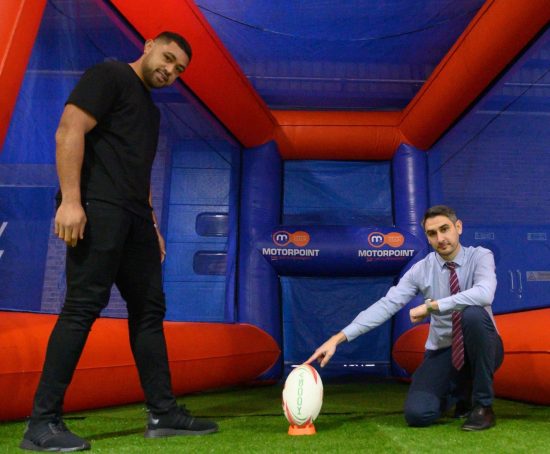 The independent car retailer next to the Newport Retail Park is celebrating the imminent arrival of the Guinness Six Nations in  February by giving rugby fans the opportunity to put kicking skills to test and win a trip to England v Wales in March.

And 29 year-old Taulupe, who plays back row for Bath in the Gallagher Premiership, put on his kicking boots to demonstrate how to kick over the posts in the Motorpoint-branded kicking cage in order to be in with a chance of winning the prize.

Visitors to the Newport showrooms have until 22 February to try their goal kicking skill and win the prize.