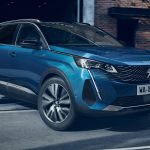 PEUGEOT has confirmed prices and specifications for the new 3008 SUV and new 5008 SUV as retailers open orders for the award-winning models. With a choice of efficient petrol and diesel powertrains – including a choice of advanced plug-in hybrids for the new 3008 SUV providing fuel consumption of up to 235mpg WLTP – the new SUVs will arrive in UK showrooms early next year, with the 3008 SUV … END_OF_DOCUMENT_TOKEN_TO_BE_REPLACED 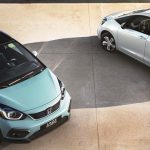 It might be music to some people’s ears that Honda is bringing us more Jazz but their F1 programme looks more like hokey cokey, observes David Miles. Announced last week Honda F1 is quitting at the end of next year, they were first involved in 1964 and out in 1968, in again in1983 and out in 1992, back in again in 2000, out in 2008 in again in 2015 and now out again in 2021. The company says it … END_OF_DOCUMENT_TOKEN_TO_BE_REPLACED 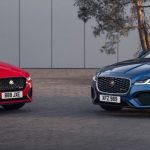 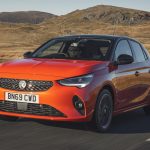 Drivers in Wales are ahead of the UK. It’s the only part of the country to record car sales rising in September, when they went up 2.15% and contrasted with a maximum decline of 5.21% in England.   New car registrations last month were down overall in the UK by 4.44% to 327,732 but in Wales they rose to 12,135 new cars, easily passing the 11,880 in September 2019. Demand for battery … END_OF_DOCUMENT_TOKEN_TO_BE_REPLACED 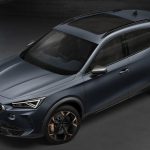 CUPRA has started production of the new Formentor, the first vehicle uniquely designed and developed for the brand. The CUPRA Formentor will be available to order in the UK from Tuesday 20 October, starting with the 2.0-litre 310PS petrol engine, and followed by other engines including the plug-in hybrid variant. MG has beaten its 2019 sales targets already as the UK’s fastest-growing car brand … END_OF_DOCUMENT_TOKEN_TO_BE_REPLACED 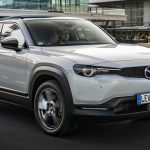 The pure electric Mazda MX-30 will begin at £25,545 for the SE-L Lux when it reaches showrooms next spring. Top model in the five-car series will be the GT Sport Tech at £32,845, after the PIVG allowance.    Average car insurance premiums fell by £53 since the start of the lockdown, as many drivers were forced off the road and insurers reduced prices, according to the … END_OF_DOCUMENT_TOKEN_TO_BE_REPLACED 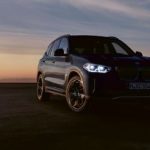 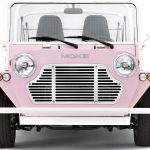 The Moke is making a come-back. The automotive icon of the 1960s became a fashion statement for celebrities and played a role in the evocative tv series The Prisoner, made in Port Meirion, will go into production with a price tag of around £20,000 for the first UK exclusive models.   UK customers will be able to order one of 56 limited edition MOKEs, an allocation selected to signify the … END_OF_DOCUMENT_TOKEN_TO_BE_REPLACED 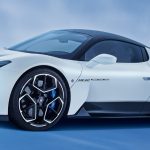 The new era 630hp Maserati MC20 sports car has been unveiled with its 3.0V6 engine to follow the success of the MC12 supercar. Its 1,500kg weight gives it a 2.9 secs time to 60mph and maximum close to 190mph, and there will be racing versions after it goes into production at the end of 2020. Ex-VW chief executive Martin Winterkorn and other senior executives are facing serious commercial fraud … END_OF_DOCUMENT_TOKEN_TO_BE_REPLACED 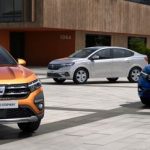 Dacia unveils the All-New Sandero, All-New Sandero Stepway and All-New Logan, third generation models with completely new, reinvented designs at the end of this month. They new series based on a modern Renault platform will be more striking in appearance and offer new equipment and trim. Vauxhall Motors’ famous Heritage Collection is selling 11 of its vehicles due to space constraints, prior to … END_OF_DOCUMENT_TOKEN_TO_BE_REPLACED