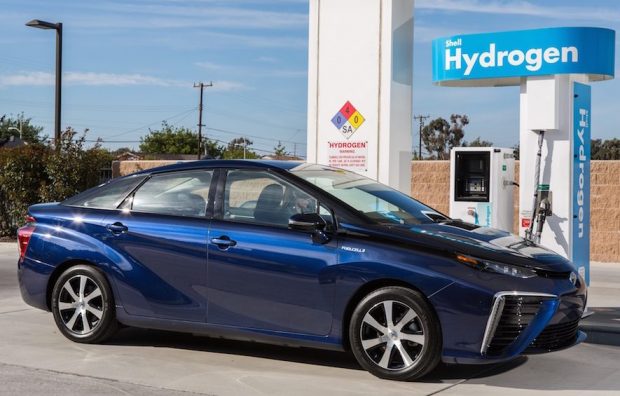 Green-group Transport & Environment say 40% of car buyers across Europe will buy or lease an electric or fuel cell powered, but manufacturers are slow to meet demand.

A considerable 5-12% of citizens across the countries surveyed say it is very likely they’ll buy an electric next and their MORI survey shows there is an immediate opportunity to grow the 2% of sales that presently can be plugged-in.

In the UK it was about a third who said they would consider an electric or fuel cell car next time they were in the market.

A third of those polled (24-48% in different countries) say it is somewhat likely that the next car they buy or lease will be electric or hydrogen-powered. This suggests that a significant proportion of consumers are open to buying an electric car.

Most carmakers are forecasting 20-25% sales of electric cars by 2025 and the survey results suggest there is demand if they can bring down prices with increasing production. Italians and Spaniards (both 48%) are most likely to say that they would be somewhat likely to buy or lease an electric or fuel cell car as their next vehicle, while the French and Germans (24 and 25% respectively) are least likely to say the same thing.

Nearly two-thirds (62%) of Europeans think that carmakers are not doing enough to sell electric vehicles by attractive marketing, pricing and offering enough choice. This includes 72% of French people, 68% of Germans and 67% of the British surveyed – the three biggest new car markets in the European Union. Separate analysis by T&E shows just 3% of marketing spend is on plug-in cars and a mystery shopping survey has demonstrated dealers are actively discouraging potential buyers.

For those citizens who said they would not be likely to buy an electric or hydrogen car next, the biggest barrier is their high price, which was identified by two-thirds (65%). Price was the greatest concern among Poles (72%) and Hungarians (75%); and it was of the least concern to Germans (57%), Spaniards (58%) and Swedes (58%). Tumbling battery costs mean electric car prices should come down soon. Volkswagen recently announced that from 2019 it will start selling a Golf-style electric car with a 330km range for the same price as a diesel.

The second biggest barrier is the availability of recharging points, a concern expressed by 38% of those surveyed. The concern is greatest in Italy (49%) and Spain (46%) and least in Sweden (25%). There is a considerable body of evidence that shows that there already is a sufficient number of recharging points in most countries for the number of electric cars on the road. Moreover, just five percent of recharging happens at public chargers. Nonetheless this remains a perceived barrier that needs to be addressed.

The much hyped concern of range anxiety (fear that the car will run out of charge) is only mentioned by 12% of those surveyed.

Greg Archer, clean vehicles director of T&E, said, “Europeans are open to buying electric cars but carmakers aren’t doing enough to offer attractive, affordable electric models. This is the single biggest obstacle to a faster shift to electric mobility. Citizens want carmakers to do more and governments should set ambitious CO2 standards to ensure they do so.”