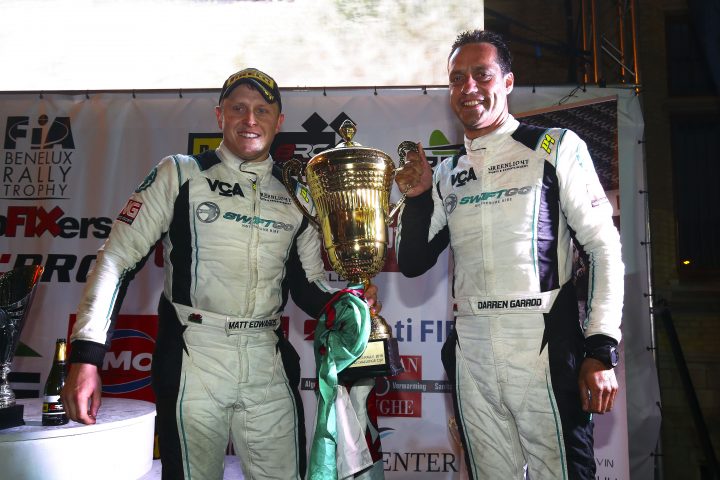 One of the most eagerly anticipated British Rally Championship seasons in recent times gets underway this weekend in the forests of North Wales as the Visit Conwy Cambrian Rally kick-starts an exciting first encounter of the new season.

The popular one-day Llandudno-based event offers some of the best stages in the world, with classic stages like Elsi, Gwydyr, Penmachno and the Great Orme favourites on Wales Rally GB. Now the famed forestry tracks and picturesque ribbon of Tarmac will become the gauntlet for the opening round of the BRC, as a stellar cast are set to go head-to-head against the clock over 50 competitive miles.

It will also see the return to rallying of the Proton brand after many years away from the sport.

Getting the event underway and leading the BRC runners will be defending champion Matt Edwards in a new Ford Fiesta R5 Mk2. The local star won his home rally last year and will have the honour of carrying the number one on the side of the M-Sport-backed machine on the stages just a stone throw from his Llandudno home.

With 2018 co-driver Darren Garrod (both above) back in the co-driver seat, Edwards will be gunning for a hat-trick of BRC titles – a feat achieved by nobody else in the series’ 62-year history.

Whilst Edwards is keen to get off on the right foot, several drivers will be hoping to spoil his homecoming as they prepare to lock horns and do battle on the challenging Welsh gravel.

Tom Cave, who pushed Edwards on every stage on every event last season will renew his rivalry with his fellow countryman once again in 2020. The driver from Aberdyfi will pilot a Hyundai i20 R5, but this season will be joined by the vastly experienced Dale Furniss in the navigator seat. Cave has finished runner-up in in the BRC on a number of occasions and will be seeking his first title come the Galloway Hills at the end of the year.

Reigning Junior BRC Champion Josh McErlean will step-up into the BRC big time after a stellar season in the front-wheel-drive category last year. The young Irishman also won the Billy Coleman Award in 2019 and will use his prize fund to join the top-flight with British co-driver Keaton Williams as they become Cave’s stablemate in a sister Hyundai R5.

Osian Pryce makes a welcome return to the British Championship after a two-year absence. The Machynlleth man will also be behind the wheel of a Hyundai, with Noel O’Sullivan sat alongside. The duo will hope to gel quickly so they can be challenging for wins and the title this season.

FIA World Rally Championship star Rhys Yates returns for an assault on the BRC. 2020 will be a busy year for Yates and co-driver James Morgan as the crew juggle their WRC2 season with M-Sport Ford and a title tilt in their domestic series. Like Champion Edwards, Yates will hope the new Fiesta R5 will help him do the business on the Welsh stages.

Former Junior World Championship competitor Tom Williams makes a welcome return to the British series after a couple of years in the globe-trotting series. Tom has driven the first-generation Ford Fiesta R5 on several tests and show events, but this will be the first time he will drive a four-wheel-drive car in anger as Jamie Edwards comes out of retirement to help guide the young-gun through the tree-lined stages.

The 2019 Irish Forestry Champion Cathan McCourt and navigator Barry McNulty switch to the British series this season. Like Tom Williams, they pin their hopes on the Fiesta R5 – the car that has taken the BRC crown the past four seasons. McCourt will be looking to feed himself into the series and be ready to pounce if his more experienced rivals falter.