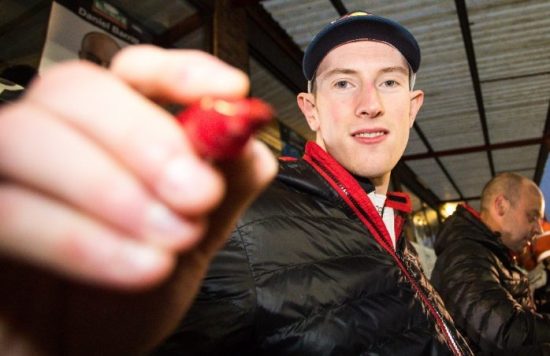 Billed as a blockbuster, this week’s Wales Rally GB 4-7 October really has it all, writes Gary Jones.

Tonight there’s a dramatic opener under floodlights, challenging new tests in legendary Welsh forests and a stunning finale with cars racing through the closed streets of Llandudno – the first free-to-attend WRC stage in the UK for more than 20 years.

Then there’s the added excitement of thrilling three-way title fights for both Drivers’ and Manufacturers’ WRC Championships as well as a local Welshman – Elfyn Evans – gunning for back-to-back GB victories after his 2017 success (above) as the first Welshman to win a WRC event. 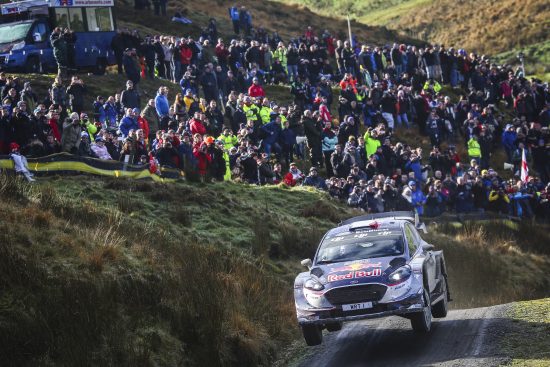 It all blasts off under the lights at the Tir Prince Raceway this evening and concludes with the Great Orme Llandudno Street Stage on Sunday morning.

“There really is something for everyone,” enthused Ben Taylor, managing director of Wales Rally GB.

“We have an unsurpassed breed of stunning cars, the most exciting title race in memory, a local hero in Elfyn Evans, all the classic stages in the Welsh forests plus an amazing finish on the streets of Llandudno – it adds up to an incredible four days of epic entertainment. Even the weather seems to be set fair!”

“We look forward to another successful event as some of the sport’s legendary drivers take on the challenges of the Wales Rally GB.” 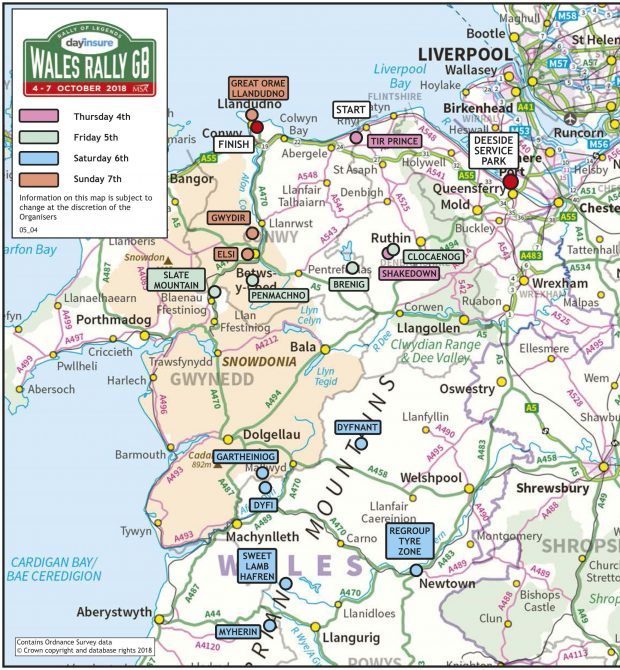 Wales Rally GB kicks into gear with the shakedown stage in Clocaenog at 8am today, before the opening stage at Tir Prince at 7pm.

Most of the top teams have been testing in Mid Wales over the past week or so much to the joy of some rally fans from the Aberystwyth and surrounding areas as they got a sneak preview of the cars and the drivers before the rally.

Friday will see the action proper with eight timed stages in the forests of Brenig, Clocaenog, Penmachno, and new this year, the Slate Mountain stage near Blaenau FFestiniog as SS6 and SS7.

First cars are expected to leave the start at 10.40am with the stage being run twice in succession giving rally fans a chance to see the cars fly in anger for the second time some 7 minutes after the first run of the 1.63km gravel stage

Saturday is a tough day as the crews head further south again to Ceredigion with the forests of Myherin, Sweet Lamb as the two opening stages that day near Devils Bridge, whilst the forests of Dyfi,Gartheniog and Dyfnant follow near Machynlleth, again with all the stages being repeated in the afternoon.

With only a tyre fitting zone in Newtown that day only a limited repair can be made to the cars if anything goes wrong before the cars return to Deeside that night for a proper service.

The final day of the event on Sunday sees a shorter day with only five stages but with points to play for on the power stage in Gwydir the cars wont be any slower with the Elsi stage as well in the forests above Bala. Showdown for the final stage of Wales Rally GB will be around the Great Orme in Llandudno and with the added bonus of racing on closed public roads it will no doubt be a spectacle to be seen by thousands of rally fans surround the Orme and the streets of Llandudno to witness the overall winner of the 2018 event at the podium on the prom at the sea front.

Will last year’s winner Elfyn Evans manage a repeat the Fiesta WRC this year? He is team mate to World Rally Champion driver Sebastien Ogier from France but the Frenchman is after valuable points chasing Ott Tanak in the Toyota and Thierry Neuville in the Hyundai which will make the event even more exiting.