You are here: Home / 2019 Motorsport / BARC celebrates 21 years of racing at Anglesey Circuit 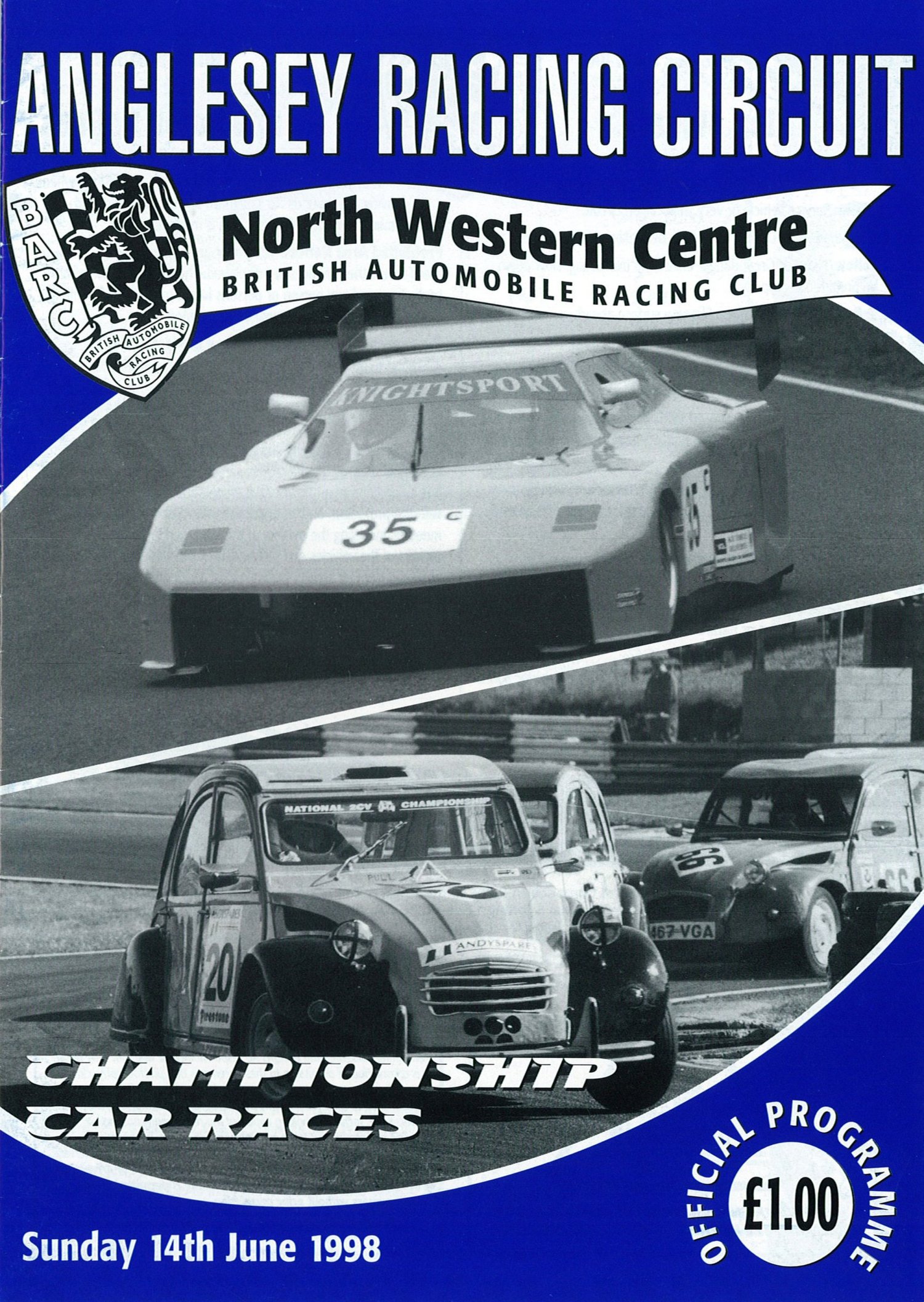 Back in those days the Centre only ran meetings at Oulton Park and were always on the lookout for other circuits to run meetings as there was the ever-present danger of not being able to use Oulton Park.

In 1997 the track was visited by officials from BARC HQ and NW with the view of expanding the use of the circuit from sprints to race meetings. Once the track had been constructed the Centre ran its first meeting on 14th June 1998 (see programme right).

That was a club meeting featuring races for MGs, Westfields, Citroën 2CVs, Formula Ford 1600s and the CNC Heads saloons, although in those days the sponsors were Ace Vehicle Deliveries.

Whilst the circuit has changed massively over the 21 years, two things have never changed, the picturesque nature of the venue and the friendliness of the circuit staff. The circuit has often been compared to Phillip Island in Australia, perhaps the only difference being that Anglesey Circuit is often a trifle damper than Phillip Island!

For the first decade the track was 1.057 miles in length with the start/finish line on what is now the straight from the Hairpin to the Corkscrew. In those days the track buildings can best be described as rudimentary though perfectly functional. Race Control was housed in a double-decker bus with the timekeepers on the top deck.

The Secretary’s office was in a portakabin with limited weather protection – when the weather was at its worst the office leaked like a sieve and often caused the computer or photocopier to fail! Drivers often complained that the circuit was too far away to attend but when they got their passports out and ventured past Birmingham they loved the circuit and returned year after year.

In the early years of this century, Richard Peacock, who was then the circuit manager and the inspiration for the track, put forward a proposal to extend the circuit. His proposal which was accepted was to increase the track length to 2.1 miles and at the same time provide several different configurations from 0.8 miles in length.

The revised circuit opened in 2007 and the International (2.1 mile) and Coastal (1.55 mile) configurations have been used exclusively by the Centre since then. The biggest change since then was the building of the Race Control and Pit Garages in 2013 with the paddock being re-surfaced and slightly re-configured this year.

In the beginning the Centre ran an annual meeting at Anglesey Circuit but soon it was proving so popular that in recent years a second race was added each year and this is still the case today. In addition to these events, the club has run the annual Race of Remembrance and also several 24-hour 2CV races.

Going forward, the circuit is always looking at ways of improving both the circuit and facilities.