You are here: Home / Newcomers / Cars / AM St Athan begin return to work early next month 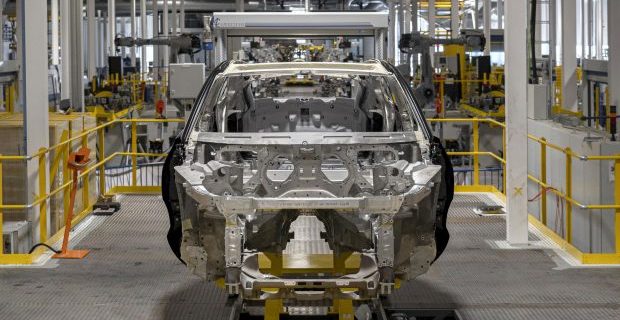 Aston Martin’s St Athan factory will begin to return to normal later than initially thought and resume DBX suv production on 5 May.

Work at the company’s UK headquarters site in Gaydon will begin later in the month.

The majority of its employees are currently furloughed and those who continue to be laid off from 1 May will get 80% of their base salaries from next month.

It has also announced pay cuts of between 5% and 35% for its senior leadership team with new boss and Formula 1 team owner Lawrence Stroll electing to receive a nominal salary of 1 pound per annum.

The company has been battered by the economic situation and falling sales as part of the global slowdown, together with investments it made to build a new St Athan vehicle assembly plant and since its public floatation in 2018 when shares were about £19, they sank to under 50p on wednesday evening.

Canadian billionaire Lawrence Stroll invested hundreds of millions of pounds in the business and is now executive chairman and said he wanted to concentrate production on the new DBX being assembled in Wales to build on sales to wealthy female buyers.

This means the new Welsh made luxury suv will be a major element in their sales campaign which has previously been focused on high performance sports cars.