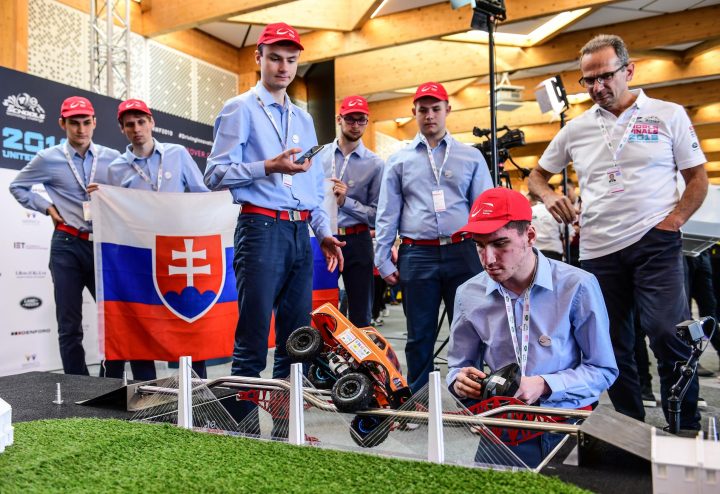 Tomorrow’s engineers are today learning to code self-driving vehicles of the future thanks to the unique Land Rover 4×4 in Schools programme.

Self-driving cars will require an estimated one billion lines of computer code – almost 1,000 times more than the 145,000 lines required by NASA to land Apollo 11 on the moon. To meet the growing need for more coders to deliver these future autonomous and connected vehicles, Jaguar Land Rover is looking to inspire the next generation of software engineers.

The talented teenagers competing in this year’s Land Rover 4×4 In Schools Technology Challenge world finals – a global education enrichment initiative aimed at encouraging young people to take up STEM careers – were able to write 200 lines of code in just 30 minutes, to successfully navigate a scale model Range Rover Evoque around a 5.7-metre circuit.

“We’re in the midst of a digital skills shortage – the UK alone requires more than 1 million software engineers to fill the growing demand for roles requiring a knowledge of coding, software engineering or electronics, ” said David Lakin, Head of Education from The IET.

Digital skills are vital to the economy, which is why the IET is proud to support initiatives like the Land Rover 4×4 In Schools Technology Challenge to ensure we inspire, inform and develop future engineers and encourage diversity across STEM subjects from a young age. If we are to safeguard jobs for the next generation, we must equip the workforce of the future with the skills they will need to engineer a better world.”

As of 2018, there were 23 million software developers worldwide but this population is expected to grow to 27.7 million by 2023, with World Economic Forum research suggesting 65% of students today will end up working in jobs that don’t currently exist.

This year, Jaguar Land Rover will launch a new Digital Skills Apprenticeship programme to attract the brightest computer engineers to help code its next-generation electric, connected and autonomous vehicles and support the factories of the future.