You are here: Home / Motorsport / 2020 / WRGB returns to Deeside from Llandudno 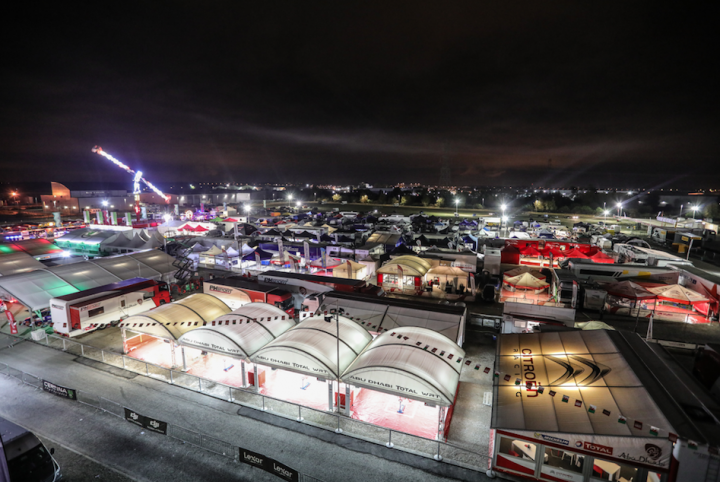 Wales Rally GB round of the globe-trotting FIA World Rally Championship will return to its former base in Deeside, Flintshire 29 October – 1 November.

The familiar location on land adjacent to the Toyota Engine Plant in the busy Deeside Enterprise Zone was home to the popular international motor sport spectacle for six years between 2013 and 2018, following its revitalising switch to north Wales.

To add a new dimension – and backed by the ever-supportive Conwy County Borough Council – last year’s rally was relocated to the heart of Llandudno. With many of the teams based on the picturesque seafront promenade and the resort’s well-situated Venue Cymru hosting the event’s headquarters and Big Bang educational exhibition, the move proved a major success with both local businesses and competitors.

With this year’s Wales Rally GB reverting to a more traditional date at the end – rather than the start – of October, however, Deeside has been assessed as the preferred venue. It offers easier access to the forests of mid Wales – an important consideration with the shorter hours of daylight – while Llandudno’s coastline will also be experiencing extreme high tides during rally week.

“Having been made to feel so brilliantly welcome in Llandudno last year, this was a very hard decision to make,” admitted Hugh Chambers, Chief Executive of Motorsport UK, organiser and promoter of Wales Rally GB.

“However, this is a major World Championship event with a massive global TV audience and, having taken advice from all the experts, the responsible decision has led us back to Deeside for 2020. This is a well-proven option providing the rally with a more suitable geographical location given the time of year.”

Having made history in closing public roads in 2018 – a first for World Championship motor sport in the UK – and then successfully hosting the Service Park in 2019, Llandudno is keen to maintain its strong links with the WRC.

“Over the last few years we have been working very closely with Wales Rally GB to increase the amount of activities that happen in Conwy County as we recognise the huge economic value,” said Cllr Louise Emery, Conwy County Borough Council’s Cabinet Member responsible for Events.

“Bringing the Service Park to Llandudno in 2019 was something we were keen to see happen – it was challenging operationally but still a notable success in many areas. We fully appreciate the rationale behind the organiser’s decision to revert back to the Deeside model and very much look forward to welcoming back the WRC to the forests of Conwy County and Snowdonia come the end of October.”

Located close to Chester, Deeside boasts excellent transport infrastructure with motorway links to Liverpool, Manchester and Birmingham as well as mainline trains to London. Both Manchester and Liverpool airports are in close proximity, too.

Encouraging visitors from all over the UK to maximise Deeside’s established accessibility and experience the excitement of seeing the latest generation of extreme rally cars, the public will be offered free admission to the bustling Service Park hub.

Constructed as the event’s pits and paddock complex, the Service Park is where the cars are prepared for the thrilling against-the-clock action which will once again be set mainly on the gravel forest tracks in the mountains of north and mid Wales.

It is also where fans can meet their heroes, with regular interview and autograph sessions featuring the discipline’s top stars – these include Sébastien Ogier, the multiple World Champion who is retiring from rallying at the end of this season, and local hero Elfyn Evans, winner of Wales Rally GB in 2017.

The large site not only provides the perfect panorama for the WRC to display its technology and welcome visitors but also offers plenty of space for further entertainment, catering, merchandise sales plus an interactive exhibition for local students studying Science, Technology, Engineering and Maths (STEM) subjects. These all combine to create a vibrant ‘Rally Village’ atmosphere.

With Deeside now confirmed as home for the Service Park, full details of the 2020 competitive route will be announced in the spring.