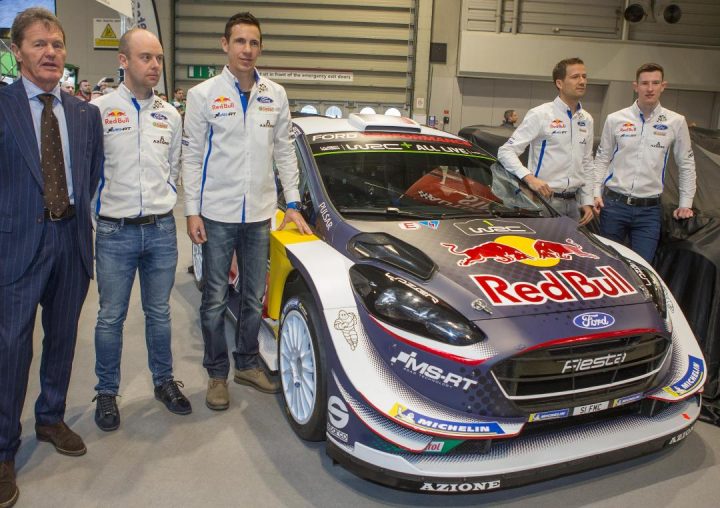 Manufacturer teams representing Citroën, Hyundai, M-Sport Ford and Toyota lined up side-by-side on the central stage for their public unveiling.

“Takeover Thursday provided a marvellous opportunity to showcase the 2018 WRC to a global media audience. It was a fitting way to kick-off the new season and raise the anticipation ahead of the opening round in a couple of weeks. Let battle commence!” he said.

With another year over for the AIS at the NEC there was plenty of interest in the form of motorsport involving drivers from Wales in top level World Rally Championship or the grass roots of racing in Autograss.

The main focus on this years show was the launch of the 2018 World Rally Champinship (WRC) with all four manufactures teams Ford / Toyota / Hyundai / Citroen present also with all the drivers, co-drivers and team priniples there it was to be a busy Thursday for all involved.

Elfyn Evans from Dolgellau (above) forms part of the M-Sport team in the Fiesta WRC and will compete on all rounds of the world championship series fresh after his win on Wales Rally GB last year.

Evans will have the current WRC champion Sebastien Ogier as his team mate in the M-Sport Ford Perfomance camp kicking off the season on next week’s Monte Carlo Rally in France.

The Live action arena saw huge crowds attracted to see some of the best drivers from the Autograss scene in action.

Again Wales was well represented with some drivers from the South Wales Autograss League showing their driving skills in their high powered cars. 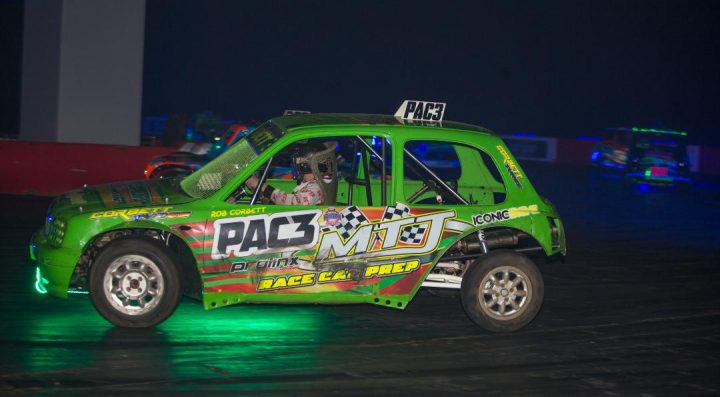 Pictured racing on Thursday’s first heats are PAC3 Rob Corbett in the class 4 Micra, Corbett from Cenarth, Carmarthenshire who won the Men’s Nationals Class 4 championship for the 4th time, which no other driver has managed to do in that class before, he also finished 2nd in the British Autograss Series class four. 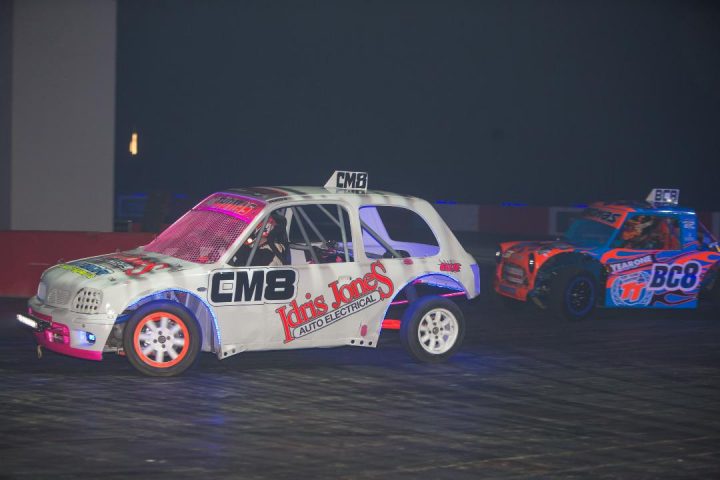 Racing in the first heat was Dalton Thomas in the CM8 Carmarthen car, who was crowned National champion in class six in the Nationals and also 2nd in the British Autograss Series.

Also doing well for the SWL during the 2017 season were Alice Bevans claiming Class four National Ladies’ Champion as well as Class 4 Ladies BAS Champion she also repeated the feat in class five.

Nicola Olsson won the ladies’ Nationals in class six as well as repeating the feat in the BAS. Olsson who lives near Carmarthen also claimed the overall Ladies Champion in the British Autograss Series.

This year will see the South Wales League host the prestigious Mens and Ladies Nationals at their ultra fast track overlooking the Pendine coast.

The Men’s Nationals take place on the first week in August with the Ladies’ Nationals two weeks later at the same venue.

© Images Gary and Will Jones