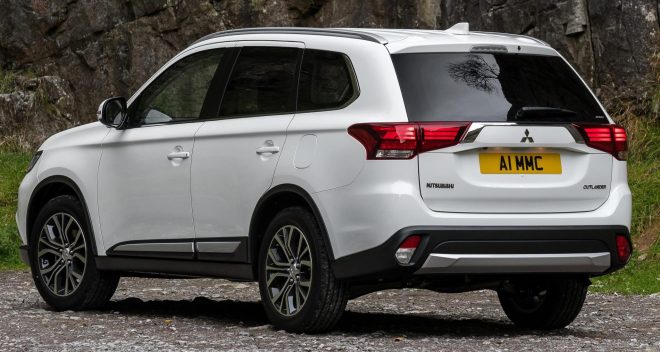 The revised Mitsubishi Outlander Diesel is now available in showrooms.

There’s a host of new features to align it with the 2017 PHEV. Improved and updated interior detailing adds more luxury and refinement to the 2017 Mitsubishi Outlander Diesel, while keeping functionality and value for money in mind.

A new centre console and shark-fin antenna appear on all variants as standard as well as front footwell lamps, console box illumination, a 12V socket in the boot and rain and dusk sensors.

The 2017 Outlander provides an improved driving experience; the rear shock absorber has been altered with a new valve, enhancing the stability and comfort of the ride.

This variant also welcomes an electronic parking brake and auto hold button on automatic versions, offering a more compact and sleek interior design, in line with the leather upholstery.

All variants have a technologically-advanced 2.2-litre diesel unit, in both automatic and manual transmission. The manual version has a six-speed gearbox, which delivers a top speed of 124mph, while the automatic variants reach 118mph.