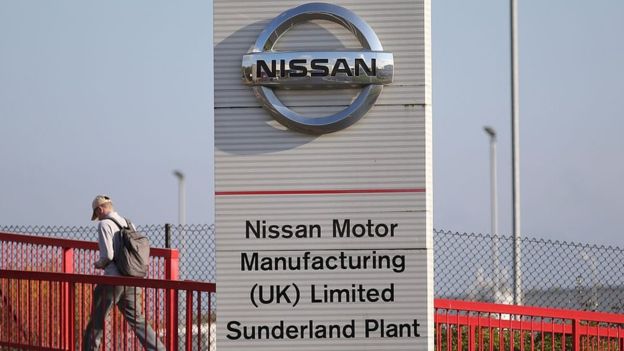 Thousands of jobs will be created or secured in Britain after Nissan announced this morning that it’s building its next electric car in Sunderland.

About 900 new jobs will be added to the plant which currently builds the Leaf EV and a further 750 places will be created when Nissan Chinese partner Envision AESC constructs a new traction battery plant adjacent to the car lines.

The £1 Billion investments are targetted to deliver about 100,000 new cars annually, safeguarding existing jobs and boosting business for thousands more in the supply chain, including hundreds in Wales.

Most of the cars Nissan Motor Manufacturing UK builds are exported around the world and by the time the gigafactory opens before 2024 the Brexit trade rules will require more UK components in British-built models.

Petrol and diesel powered models will be banned from showrooms in Britain in 2030 and hybrids will follow a few years later so only EVs will be built for the UK then further lifting sales of the model to be built in Sunderland.

The Stellantis Astra plant Ellesmere Port, Cheshire is the next UK facility expected to announce what it plans to do when the current model ends there and the new model was shown on test this week.

Stellantis has been very tight lipped about the project as it talks to Government about the future of the North West plant but some industry insiders say it will be making an electric car or van there for European-wide sales, possibly with Peugeot or Citroen badges as well.

Today’s investment announcement will also put pressure on the UK Government to support electric replacements for models made by Toyota at Derby which is also assembling Suzuki badged derivatives of these cars as well as the next generation MINI assembled outside Oxford.

Today’s news comes as Honda prepares to finally shut the gates at its Swindon Plant this month and move Civic production out of the country.