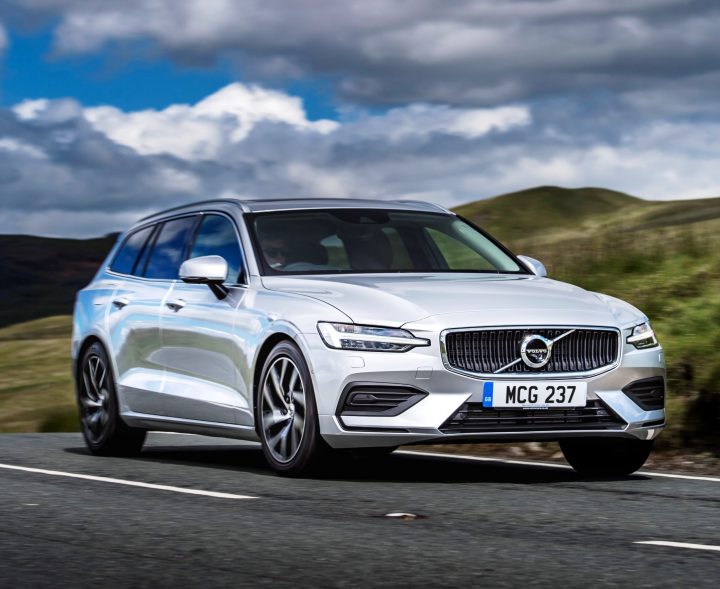 For over 60 years Volvo has built roomy, practical estates and the second generation V60 follows that tradition with a classy dynamic and elegant range, says David Miles.

Sold by Ford eight years ago Volvo is now under the parentage of the Chinese Geely organisation but remains autonomous in most ways still developing their own Scandinavian innovative design-led models.

The launch of the Volvo XC90, XC60 and more recently the XC40 enabled the brand to capitalise on the demand for SUVs and for good measure they added the V90 imposing large estate and its S90 sports saloon. Prior to that in 2010 they introduced the sports styled first generation V60/S60 estate/saloon range which paved the way for their future models.

Now arrives the V60 five door estates which will be followed later this year by the S60 saloon models. Prices for the V60 start at £31,810 and currently rise to £40,860. At launch there are 2.0-litre petrol and diesel engines. These are the D3 150hp and D4 190hp turbodiesels, both with manual and automatic transmission choices, and the T5 250hp turbo petrol with its standard fit automatic gearbox. All are front wheel drive models. More engines will follow next year including T4 petrol and T6 and T8 Twin Engine plug-in petrol-electric hybrids with all-wheel drive powertrains.  Volvo also recently announced that every new car it launched from 2019, regardless of powertrain fuel types, will be electrified/

The choices of V60 specification levels are Momentum, R-Design and Inscription, plus Pro versions for these three core levels. Competitor estate models are the Audi A4 Avant, BMW 3 Series Touring and the Mercedes C-Class Estate.

Although Volvo don’t give sales predictions they do say the V60 will be one of their best selling models with 65% of UK sales going to fleet/business customers, hence the current bias at its launch towards providing more diesel engine options, still the favourite fuel for high-mileage users. 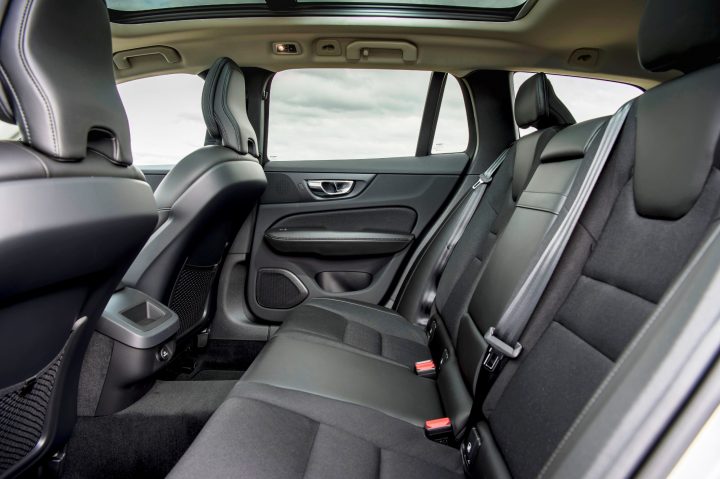 The V60 uses Volvos own Scalable Product Architecture, the same as all their other new models and it is built alongside the  XC60, V90 and XC90 ranges at Volvo’s Gothenburg plant in Sweden. The new V60 gives extra rear seat legroom as the wheelbase has been extended by 96mm to 2,872mm.

Inside the same new generation minimalist modern-day Volvo design theme continues. The Sensus 9.0-inch touchscreen control system allows the fascia to be largely free of buttons and switches. A 12.3-inch active digital driver’s information screen fills the instrument binnacle.  The upholstery, trim and trim inserts varies between the specification levels but all have a high quality appearance and feel to them.  My only issues, as always, are with the Sensus operating system. 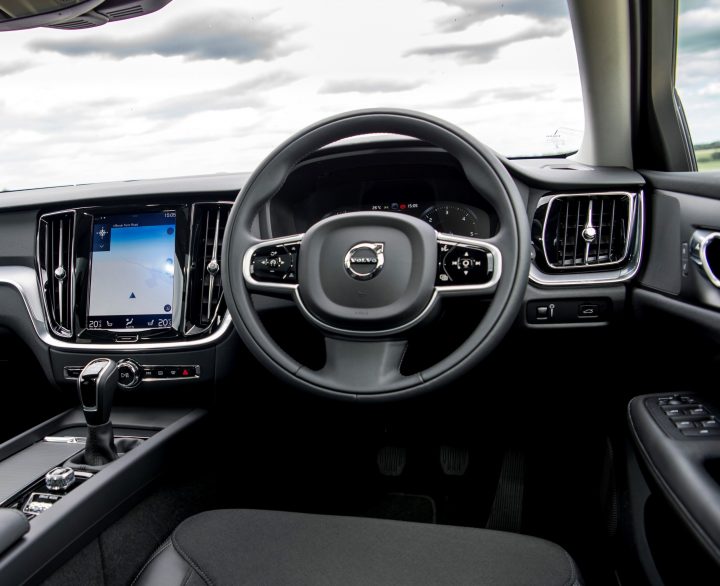 The reason I know this is because of the horrible Lane Mitigation aid. It is far too intrusive, too powerful and it really tugged the steering back into lane on any white-lined road even if I was departing that main road into a side junction.  It took me ages to find the right control to turn it off  and guess what, no handbook because that is incorporated within the Sensus system and has to be viewed via the touchscreen. 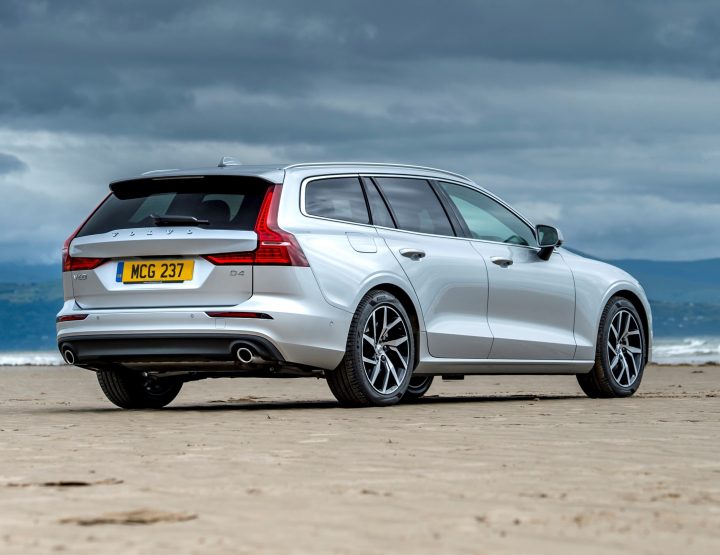