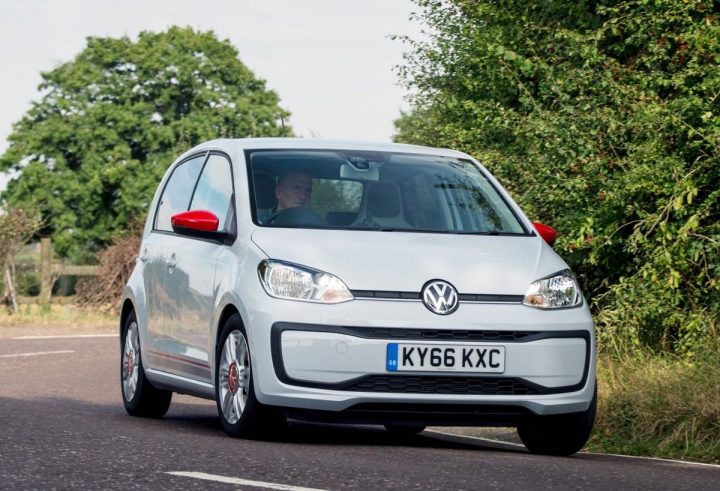 The peoples’ car is certainly all things to all men and women looking for a city car and considering the Volkswagen up!

Launched in the UK in 2012, it underwent a comprehensive revamp in 2016 and there is the promise of still more to come in 2018.

There are four trim levels, mostly with five-speed manual boxes but you can order a 5sp sequential automatic if preferred with the two lower powered engines, but oddly not the most powerful. 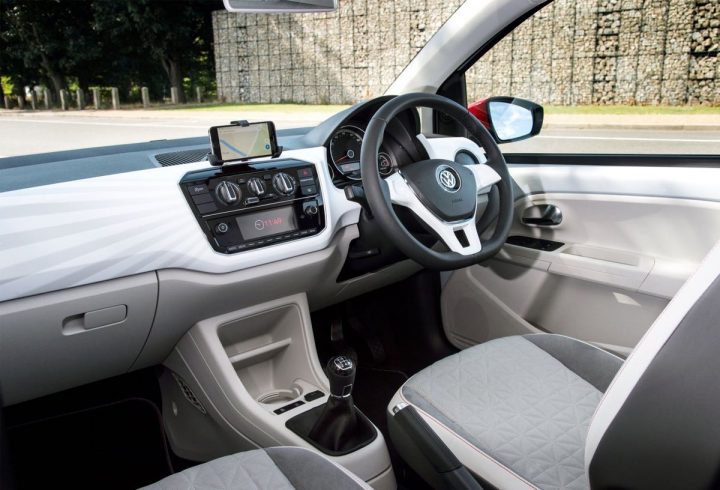 For this review we picked the currently most powerful version in its beats trim, with the emphasis on entertainment. And it has a very, very good sound system for such a small car, with special interior detailing, upholstery and leather trimmed steering wheel as well as ambient lighting and start/ stop fuel saving.

It certainly lifts the look of the up!

The well proven powertrain is exceptionally smooth for a triple-pot power unit, with good pulling power so long as you select the best ratios.

It’s not quick off the mark but picks up well and with planning it overtakes safely and can keep up with motorway traffic while returning good economy into the 60s.

Clutch and gearchange are light and positive but on occasions I wished I had a sixth gear to reduce the engine noise at high speed.

Steering is sharp and the turning circle good for urban use without being twitchy at speed on country roads and its assistance makes light work of heavy traffic. The brakes, too, are progressive and powerful.

I liked the position and feel of the stalks for lights and wipers, the simple fascia switches for secondary controls and the straightforward instruments’ pod with the centre-dash adjustable holder for a mobile phone. It’s all well thought out.

Heating and ventilation was basic but good nevertheless providing a lot of output, wide directional control and temperature selection.

The amount of oddments room was reasonable but not exceptional and the compartments were on the small or slim side for my liking. 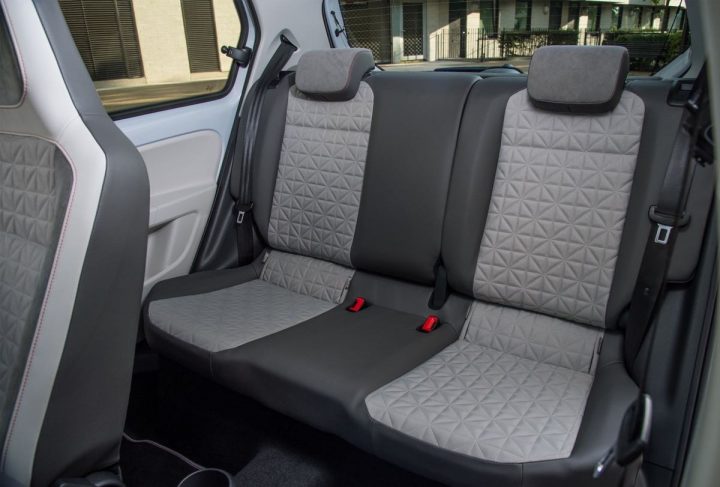 The three-door body is not the easiest to use if you have to climb into the back and while headroom was good the rear legroom was tight and this driver found the front legroom was barely adequate for a six-footer.

The front doors opened wide and the seats were well shaped and supporting but their adjustment range was not generous and ideally suited to someone under 5ft 10in or 1.7m. The two back seats were flatter and shorter supporting a taller person so really are for occasional use only. 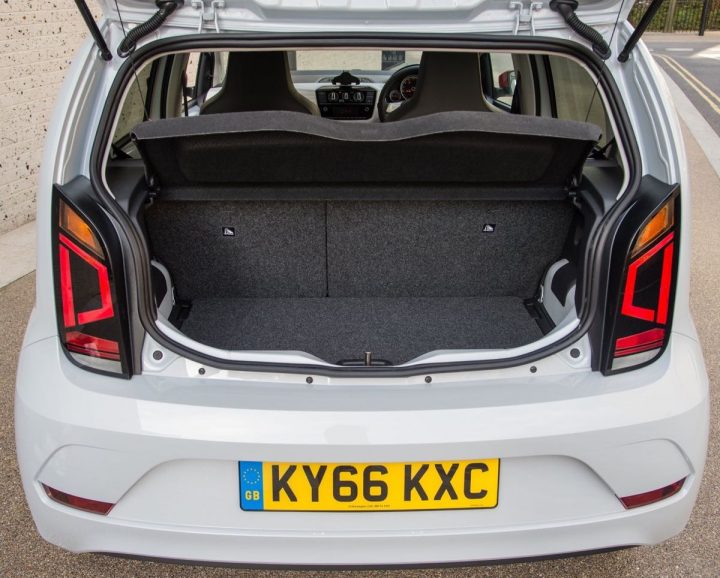 In the boot there is a high sill but a sensible shape for placing items and the seatbacks fold down individually to gradually increase total capacity.

Visibility is very good and you can see all corners, with a low waistline and big glass area all around, good wipers and reasonably bright headlights.

The little up! can be encouraged along very easily and its agility and roadholding are good with a safe tendency to run wide quickly and safely brought back on line.

For a small car it really soaks up bumps and ridges without too much complaint and only the very worst seemed to get through and shake up the driver and occupants. It’s slightly soft ride did mean it rolled around tighter corners at speed but it was a delight to drive over most roads. 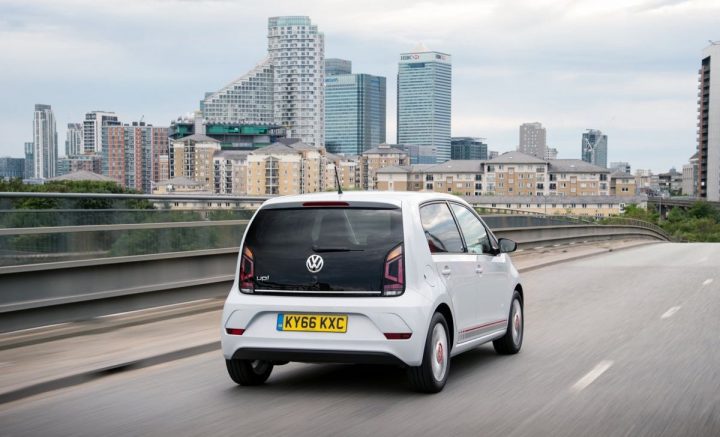 Even when pressed to perform the up! did show remarkable frugality with fuel and I was not far off the claimed combined figure.

What it lacked in speed it compensated with composure and sophistication, it wasn’t excitable but enjoyable.