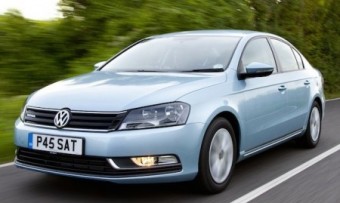 Even if you take a long in-depth look at the specification for the Volkswagen Passat, I guarantee you will not see one of its most impressive features singled out – its modesty.

The staple mid-sized model from VW has been a firm favourite in the UK and Europe for generations and it seems to have survived the assault on the sector by its rivals.

With medium-sized models now steeply declining in demand across Europe, buyers are turning to what they believe will give them the best return on investment, and that puts them in the driving seats of the Passat range.

Without paying exorbitant amounts for a perceived executive brand, buyers have appreciated the better value for money found in the Passat and its attractive residual values. A new Passat is coming but the current range represents exceptional value at this time and you may even negotiate a good deal on a run-out model in your dealership.

The VW Passat range runs to 42 models in saloon and estate bodystyles pitched into the most competitive price range and trim levels, and the latest are the Blue Motion Technology models using powertrains to minimise fuel consumption.

The test model here is the most popular among business users who value its performance, economy and trim levels, but it came with £1,200 additional infotainment equipment for navigation, sound sources and passengers’ films as well as a rear view camera. 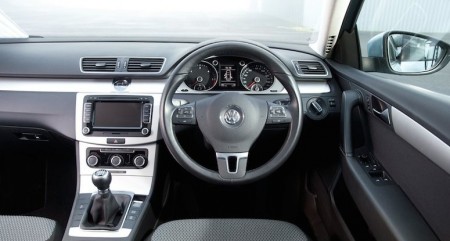 ” The engine and transmission were delightful. Start-up was instant, it pulled with gusto from low revs and it had a neat short gearchange and clutch to stir it along smoothly and quickly when overtaking. “

The steering had lots of feel and the car turned tightly in town and gave good feedback on more open roads while the brakes were powerful but progressive in action.

Secondary controls were generally close to the wheelrim, some were partly hidden by the thick spokes but the most commonly used in line of sight.

Instruments were fairly basic but clearly marked and easy to read if not calibrated in detail, and they were backed up by a comprehensive warning lights array.

Climate control was straightforward and the system worked well throughout the car with good output, temperature control and distribution, backed up by four powered windows.

Oddments space was plentiful, the boot has space for up to 565 litres and the opening is fairly big.

Access is good for occupants, the room inside is generous even in the back and the front seats have a wide range of adjustment settings as well as being deeply shaped and supporting with high quality leather in the Executive specification.

Visibility was very good in every direction, helped by the reversing camera when parking, with bright lights and good wash/ wipe system. 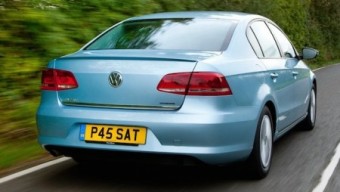 The Passat was generally quiet with only road rumbles being noticed over coarser surfaces.

It handled well, not as nimbly as some in this sector, but it had good roadholding and no real vices in its character. The ride tended to be firm, not hard, but it admirably coped with the worst surfaces without shaking occupants.

The simple fact is that the VW Passat does everything really well even if its not outstanding in any one respect.

The sum of the parts make up for a very good all-rounder which does not shout about its achievements, it just gets on with whatever you ask of it.