Individuals are getting larger and so are our cars, so it was the right time for the Toyota Highlander to be introduced to the UK market. 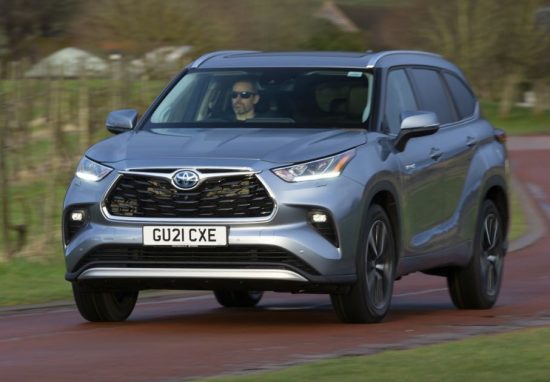 Highlander is the company’s largest SUV and has been brought to European showrooms for the first time after 20-years on sale in Japan and America, brimming with fourth generation self-charging hybrid system to maximise emission-free driving without restricting its ability to go off-road or tow up to two tonnes.

Toyota has not forgotten many Highlander owners will genuinely need the vehicle for towing and off-road work and there are dedicated accessories for them including protection packs and towing balls.

The Highlander Excel is not lacking in creature comforts within its seven-seats and very roomy interior which offers the longest loadspace in its class. 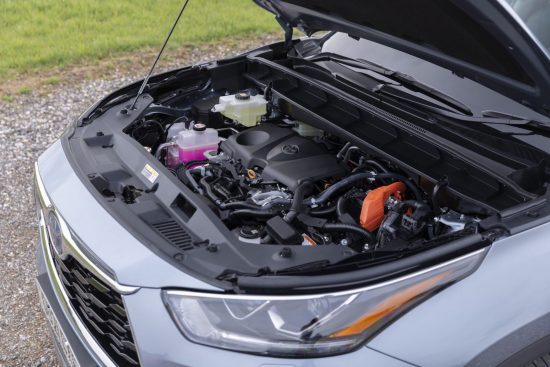 Under the long bonnet sits a beefy four-cylinder 2.5 litre petrol engine with seamless continuously variable transmission and boosted by electric motors for both axles to give effortless all-wheel-drive when needed. Sport, normal and eco modes can be selected to optimise performance or economy.

Front strut suspension and rear trailing arms with double wishbones give excellent weight control and handling dynamics as well as good articulation over rough ground and there’s 20cms or about eight-inches clearance and it can wade through 40cms water.

The powered rack and pinion steering felt very responsive and accurate with a good turning circle for such a big car and provided excellent feedback to the driver while the big disc brakes on each wheel smoothly and easily slowed the over two-tonnes car with utter control and little effort.

Now shifting that weight from rest meant the acceleration to the standard 62mph was accomplished in just over eight seconds but its top speed was a modest 111mph, more than enough on most motorways with a 70mph maximum.

A lot has been put into the Highlander to reduce engine, wind and road noise but at the upper limits of its rev-range you knew is was working hard despite the noise insulation and extra thick glazing.

Driven in a more restrained manner the Highlander was quiet with not a rattle or other unknown sound intruding and you could appreciate the highly sophisticated sound system and integration with mobile phones and pads.

The first two rows of seats with their adjustment offered plenty of room and the third pair of seats would be suitable for most young people with adequate headroom and shoulder space as well. Behind them the loadbed was really big with underfloor recess and ultimately a 60:40 split to offer the biggest loadspace in this class, helped by a thigh-high floor and wide opening powered fifth door. 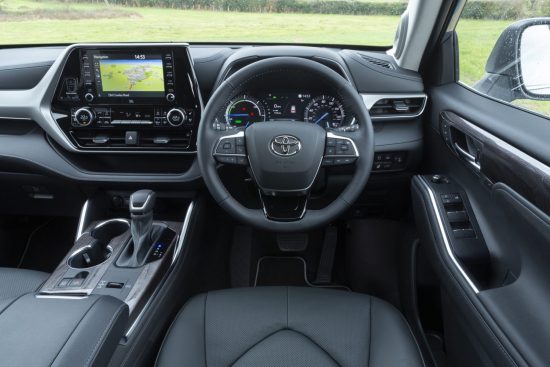 For the driver upfront the main and secondary controls come immediately to hand and foot, with the small switches grouped on the steering spokes, column or adjacent on the fascia. A seven-inch monitor ahead of the driver houses the main clear to read instruments and selectable displays and there is a slightly larger infotainment screen in the centre of the dashboard.

All are clearly marked and easy to read with rapid changes when selected. A head-up visual display is standard.

Very sophisticated three-level climate control backed up by powered windows and very large sunroof ensure the occupants are comfortable throughout the cabin. 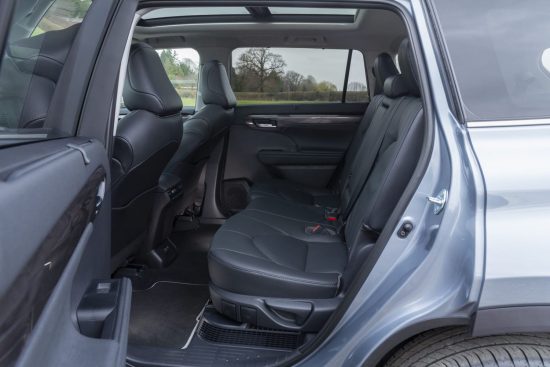 Oddments spaces are plentiful in this family car and include an inductive charger for a mobile phone between the front seats together with numerous trays, boxes and bins. There were three USB ports infront and two behind. Visibility is very good and although our Excel did not have the digital or camera system for traffic monitoring fitted to the Premium.

The big interior mirror gave excellent views while the chunky door mirrors kept most objects in view supported by radar warnings if something was close. Sensors and reversing camera aided parking and the high riding position, big windows, large wipers and very good bright headlights reinforced the feeling of safety. 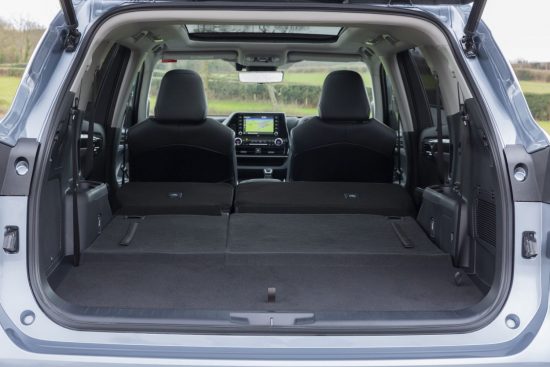 On the road, the seats quickly adjusted to various size users, provided good support where needed and were comfortable and well matched to the absorbent suspension. It really was a very comfortable ride, apart from some slight body roll on turns, but pitching and dipping was minimal and well controlled.

Handling was always surefooted, it felt agile for such a big car and using the sensors it could be accurately placed in parking bays but it was a wide and long vehicle for many bays and overhung some. 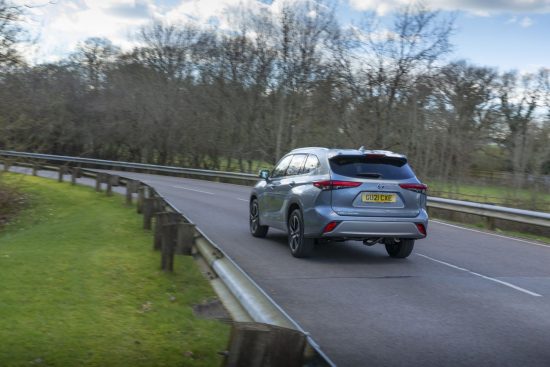 In mixed driving conditions including two motorway journeys over 100 miles the fuel consumption was just under 40mpg which was good and no doubt more urban use with the electric only mode used that figure would have improved.

However, the Highlander Excel falls into the higher road tax category and the user is penalised for over five years so it works out expensive to run but it’s still comparable to rivals in the class.

For me, the strong point about the Toyota Highlander Excel is the fact that it’s a big roomy family car with a lot of practical features for daily living and it does all of them in a very nimble way.