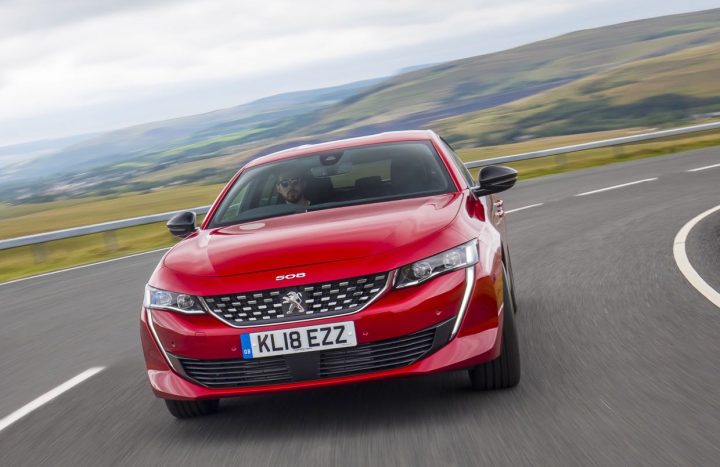 In an age when we are told SUVs and Crossovers are the golden ticket in the lottery of life, the new 508 makes you think again and realise there is still room for a successful shape to challenge modern so-called wisdom. It looks like a smoothly styled saloon but it hides a fifth-door at the back.

The coupe profile is very distinctive while the extra door is highly desirable for practical purposes. You pack a huge amount of items but don’t have to be seen in a big SUV or estate.

What’s more the new 508 actually blends ideas from two concept cars shown by Peugeot over the last two years, one external and the other internal, and it really works very well.

The large 508 first went on sale in 2010 and the second generation is just becoming available after it was revealed in the Geneva Show in March, and an SW version was shown at the Paris motor show this autumn.

As the company’s challenger to other D-segment models, the new 508 breaks away from its four-door past and becomes a fastback, so it resembles a coupe but has a very large fifth door which opens over a 487 litres boot that more than triples in carrying capacity. This immediately makes it more attractive than a straightforward booted-saloon might.

There’s a comparatively small range but with well chosen powertrain choices, clever specifications and the option of various packs to enhance them, the 508 fills a big place in the market.

Our 130hp Allure turbo-diesel is bread and butter for fleet users and high mileage private buyers but a slightly less polluting version is also available and may be better for those paying BIK.

As it is, the engine is a good starter, pulls well and when you decide on eco, normal or sport responses on the console button it is transformed in seconds. It’s not blindingly quick as the turbo takes time to punch out the power, but it has a strong mid-range flexibility and very long gearing of 35mph/1,000rpm to stretch the economy to over 50mpg on our test, edging towards 54mpg at times.

On major roads and motorways it is remarkably frugal and relaxed, the miles just slipping away, and then it can take on the roughest secondary roads with a very compliant if noisy suspension. 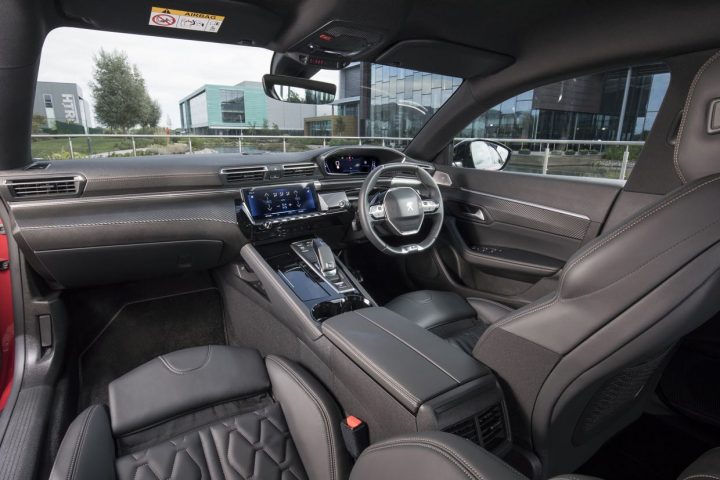 Electric power steering means it is a little remote but there’s no vibration or kickback, the turning circle is good but not exceptional, and it’s handling is safe and surefooted, thanks to the strong brakes underfoot. The parking brake easily held it on our regular test slope and it comes with hill-hold assist for conveniene.

The manual gearbox has a narrow gate and is very precise, with a nicely progressive clutch to feed in. Pressure required was very light under foot and in hand.

The secondary controls on the column included an out of sight speed control, but better placed wipers and lights, and some more phone/ entertainment buttons on the wheel-spokes.

Changeable dials were displayed infront of the driver and what drive mode you selected affected what was shown on them. There was a large info-tainment display high on the centre of the dash with some buttons horizontally beneath.

These buttons were not always clear and the display was not as user friendly as it might have been apart from its touch-screen function. It seemed overly fussy to my mind and potentially distracting.

Heating and ventilation, for instance, was not straightforward to select, use or amend, but the powered windows were very welcome. 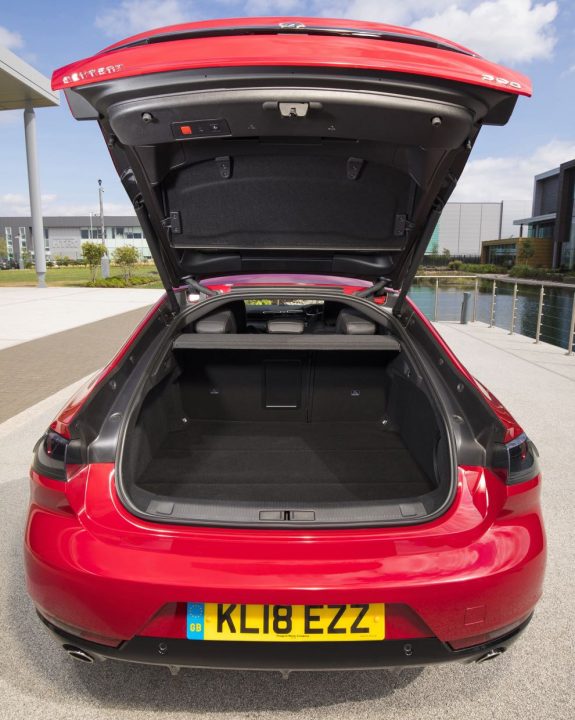 Oddments space was very good infront and back with plenty of bins, trays and pockets throughout and some useful compartments in the luggage area as well.

Access was unimpeded through the fifth door which contrasted with the need to really lower your head to slip into the cabin, particularly in the front. Even inside, the headroom was not generous and tight for a six-footer or more.

Once inside, the optional luxury leather seats were very comfortable, highly adjustable infront and supporting throughout. 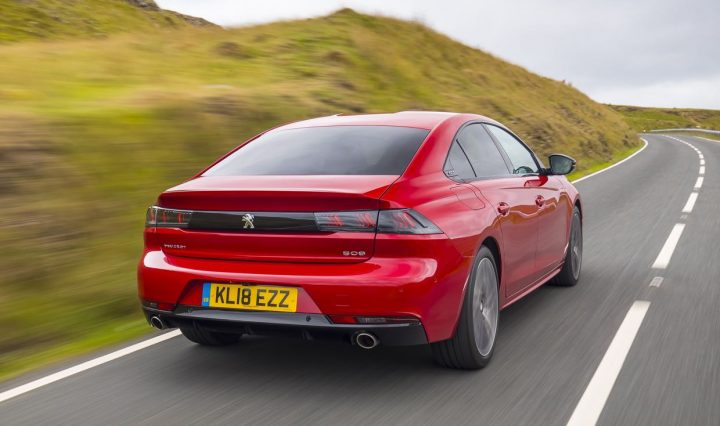 Visibility was good with only slight loss of objects behind through the window but a really good camera system really helped here and when parking. Wipers and headlights, incl LED units front and back, meant you were always seen and usually saw very well.

So the new Peugeot 508 is a vision of what is to come, and there are some fuzzy edges, but generally it’s clearly on improvement on what’s come before and you can see in most car parks today.