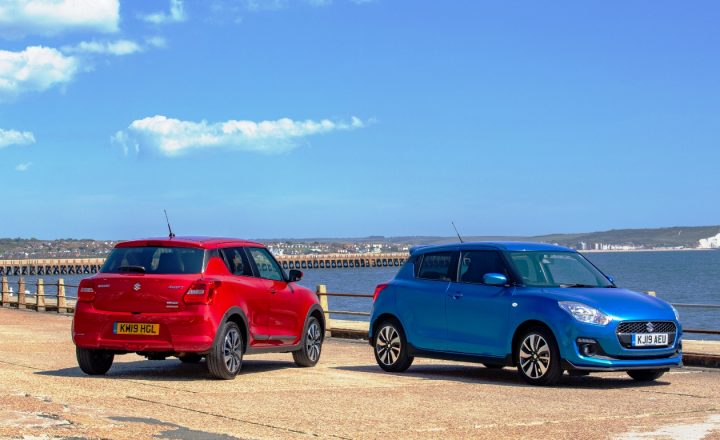 While the rest of the UK market is warning of cloudy days, Suzuki sees rays of opportunity as it prepares to launch the updated and revised Swift series.

Britain is the top market in Europe for Suzuki and last year they registered 38,500 cars, their second highest total helped by very favourable fleet and retail customers reports which earned them a handful of industry awards.

Last year, Suzuki UK fleet sales rose 10% and so far this year they are up a further 3% and total sales have seen them capture 1.4% of British registrations.

Suzuki UK product chief Ed Norman is quietly optimistic they will build on the 1,500 Swift Sport sales since it launched a year ago, and he has seen demand for the 4WD Vitara jump 17% year-to-date in a market which was down 7% last year and declined 3% in the last five months of 2019,

“When you look behind the seemingly bad sales figures, there are some rays of sunshine,” said Mr Norman. “Petrol sales are up 4%, small SUVs by 9% and Superminis retail sales are 2% better so there is a lot more positivity out there than many would have you believe.”

He went on, “Our aim in 2019 is to do about the same as last year, somewhere close to 38,000 new cars because they are great value, distinctive, fun to drive small cars which tick the boxes for so many drivers.” 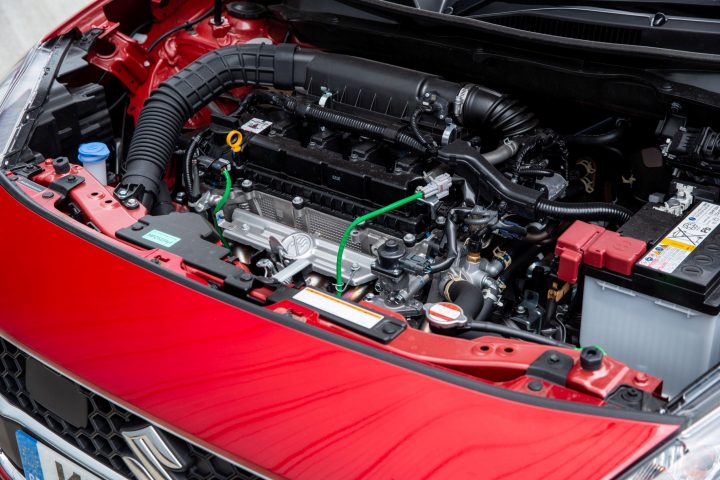 For this drive they have revised the range and introduced two newcomers, the Swift Attitude with upgraded trim from the SZ-T and a 90ps 1.2 litre four-cylinder Dualjet engine. It has the new WLTP CO2 emissions figure of 124g/km and Combined fuel consumption under WLTP regulation of 51.4 mpg.

The 111ps 1.0 triple-cylinder Boosterjet turbo now powers the Suzuki Smart Hybrid with its 123gkm CO2 and very lightweight power-pack and combined starter/ generator and 51.8mpg on the new test helped by its regenerative braking characteristic.

This third generation Swift has been on sale for two years and is now sold in SZ3,, SZ-T, Attitude and SZ5 trim levels based on the latest lightweight body structure from under £12,500 to £18,500.

The range includes the option of 4WD Allgrip and Suzuki is unique in having five all-wheel-drive models in its comparatively small UK range. Some engines can be equipped with automatic transmission option as well.

This new model uses the same 1.2-litre Dualjet petrol engine as the Swift Attitude, it also is linked with a 5-speed manual gearbox but it also has a mild hybrid system and Allgrip 4×4 enhanced traction.  We managed to return 48.2mg. This is the first time Hybrid technology and Allgrip traction system have been used together in a Swift model. The price is £16,999 and currently the PCP offer is no deposit, 0% APR with 48-months of £220.44. 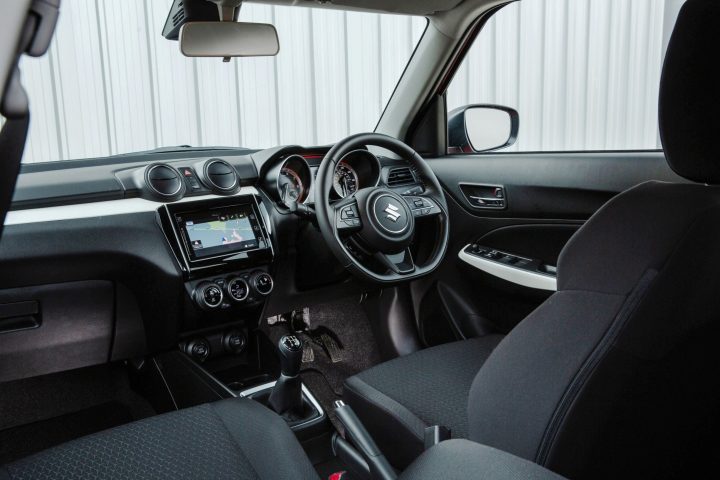 Suzuki may be a minnow in comparison to the big fish in UK car sales, but they think like sharks when it comes to selling a new model, and “launched” the facelifted Swift from behind the ramp of a small landing craft in the middle of The Solent.

I have never seen a car launched on the water in this way and it is probably the most unforgettable event as a result.

I am not so certain the revised Swift will make a big splash in the supermini sector, but it will send ripples through the showrooms.

It is well specced and priced in the heart of the sector and is good value for money.

Our Swift Attitude returned over 54mpg on a A and B-class roads with a short stretch of its legs along a motorway. It is on main roads it settles down to a quiet hum while on country roads you are often looking for a missing sixth gear as it revs freely and high.

Clever engine management and a gentle driving style can eek out the economy and it’s responsive to steering, brakes and delivers a smooth ride with no challenges in the handling department.

It rides well and is reasonably roomy with good visibility, always good points in a busy town, and is a worthy alternative to other superminis on the road.

If you have to go off-road or regularly cope with wintry conditions, the Swift Allgrip is a useful version, as we tested it over private heathland and some muddy tracks and rolling meadows of fern and felled trees, recording about 48.2mpg.

You can just let the car do the work, steer between obstacles and carefully pick your way along. Occasionally the Allgrip will bottom-out as ground clearance is not particularly high, but it will cope without too much trouble. And isn’t that just what most owners want today – a car for all seasons? 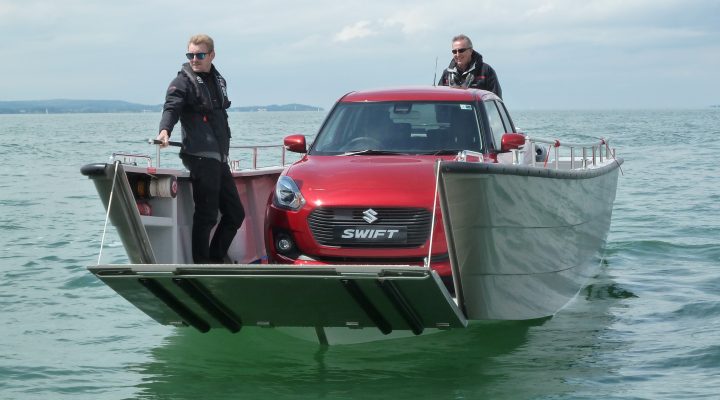