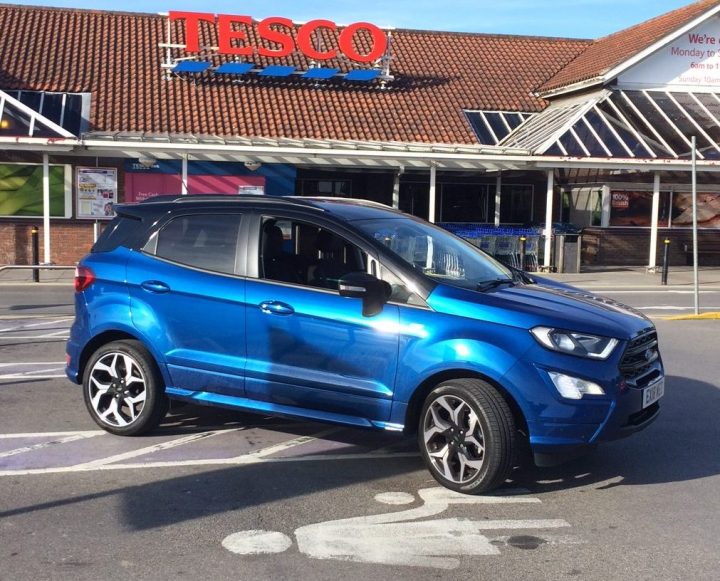 Ford aims to punch above its weight with the latest EcoSport, writes Robin Roberts.

It was launched in South America in 2004 but the model we know today is the second generation which appeared in 2012, was updated in 2014 and again in 2017 for global sale, and manufactured in six plants.

Currently in the UK there are nearly 20 versions of the EcoSport in ST-Line, Titanium and Zetec specifications using three outputs from a 1.0 petrol unit or two 1.5 diesel versions with manual or automatic transmissions, all sharing the same compact SUV styled five-door body. 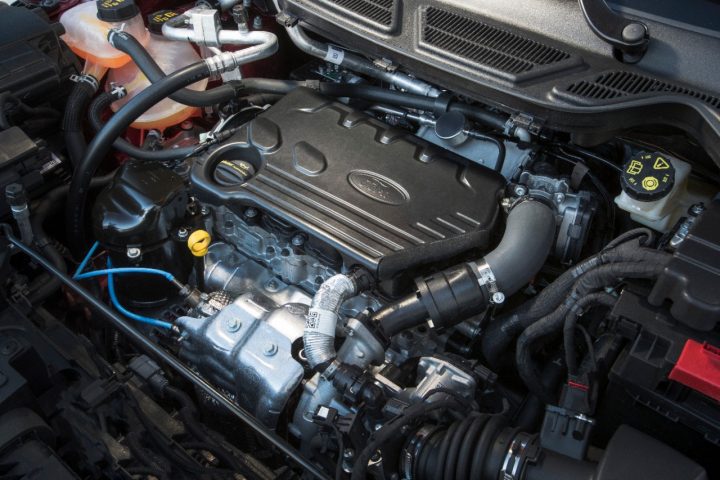 That means there is a wide choice from a comparatively small parts bin and that is how the company has made its money in the past. Ford has a lot riding on the EcoSport SUV after it declared it will concentrate its future model ranges on a US pickup, the Mustang and Focus cars, plus its SUV series.

As a newer SUV it closely resembles the latest Fiesta upon which it is based and its family face is instantly recognisable.

We tested the lower spec but most powerful in the petrol line up and it really is what you need to have underfoot if you are going to carry a number of people. The reality of putting a lot into the back is unlikely because the luggage space is modest when the back seat is used and it does not have a high kerb weight for towing either.

The 140ps you have available is really going to come into its own if you want to quickly cover ground or spend a lot of time on motorways. At the UK 70mph maximum it is composed and surprisingly economical in sixth gear.

The gearchange is good and you have to really work it to get the most out of the 1.0 litre engine and then it becomes noisier as the revs rise in the triple-pot power plant.

Get it wrong and you can find yourself languishing in the lanes until you select the best ratio for the situation.

Having carefully matched engine and ratios to the conditions the economy will turn out very good and we were approaching 40mpg overall.

The steering is nicely balanced between assistance and feedback and the turning circle is good for town use, while the brakes are well up to their job even with four people aboard. 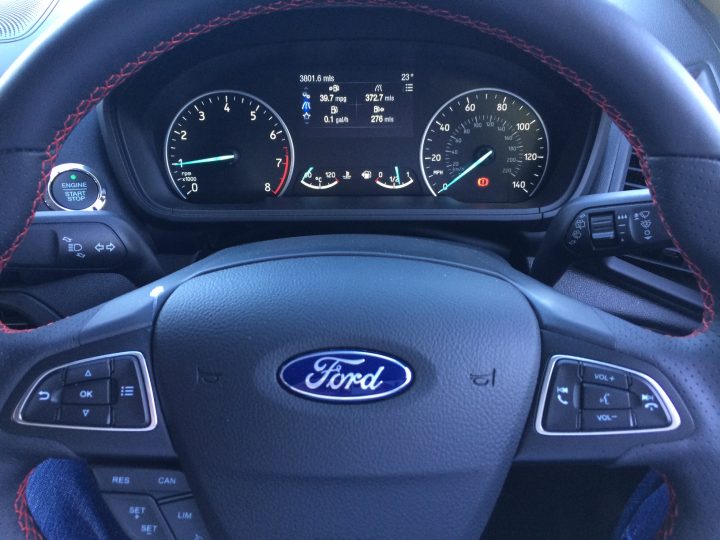 Secondary controls mostly come on the stalks and close to hand, a few fascia rotaries and push buttons are just behind on the dash but partly hidden. I liked the simple, big, clear instruments but the info panel was on the small side between them although the central infotainment display was much larger and clearly displayed contents.

Heating and ventilation was good throughout, easily set up and output never left anyone complaining. 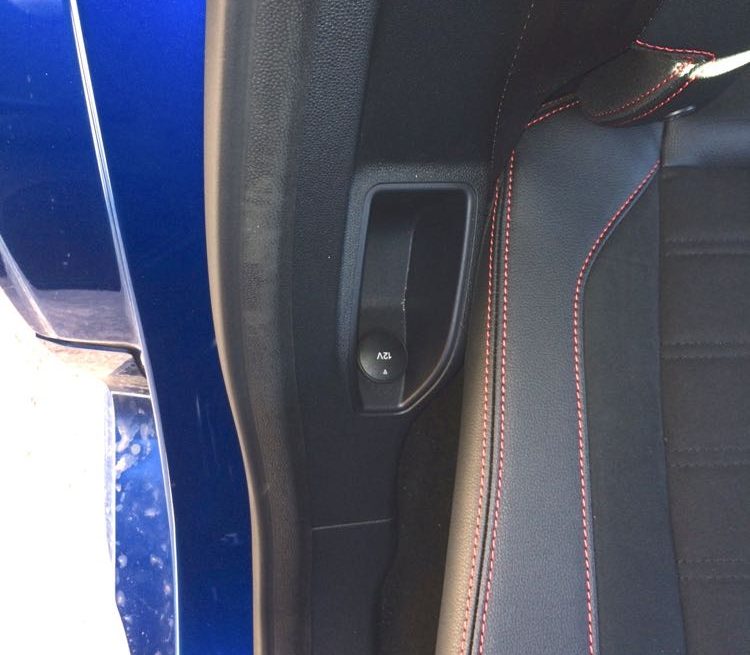 Oddments room was reasonably good but might have been more generous in a family car, particularly in the back and where the only USB point was located on the offside. The loadbed was a reasonable height above the road, flat and usefully shaped with quick release seatbacks to almost triple capacity if only used two-up. 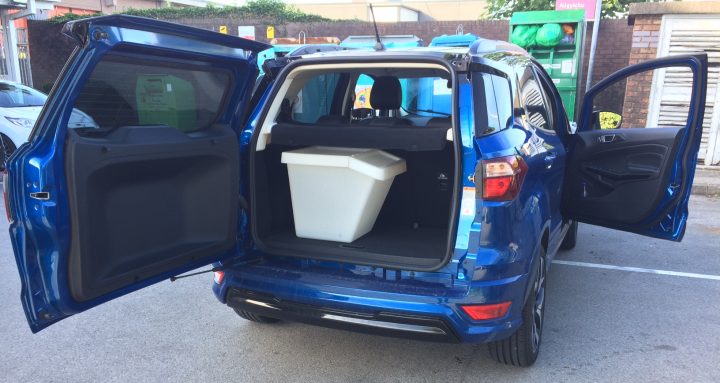 However, the rear door hinges on the nearside which means the user is more exposed to traffic than if it was offside hinged.

Access was good for everyone, the seats well shaped and supporting but I would have liked a bit more legroom for the driver. Visibility was clear with a low waistline, lots of glass, slim pillars and good wipers and headlights.

In performance terms it covered ground well but it was not really a sporting drive and it’s more of a multi-activity-vehicle than an SUV.

The ride quality was slightly on the firm side of comfortable, but you could hear how hard it was coping with the surface beneath with a lot of road rumbles, and sometimes suspension noises, coming into the car.

Engine noise, as stated, was low when driven well within its most common limits but push on and that became a thrashy and busy sound. 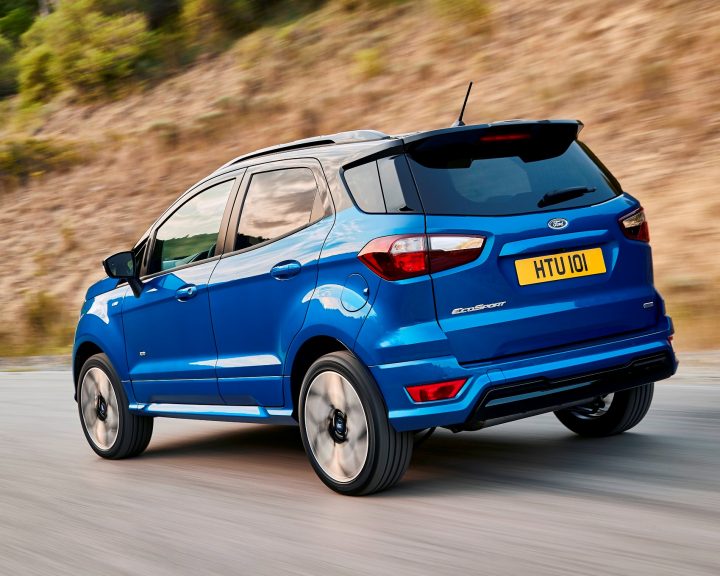 I would have liked a more attractive interior if I was going to spend a lot of time in the EcoSport, which relies on masses of dark plastic to do a utilitarian easy wipe-clean job.

The Ford EcoSport looks like a toned, shrunken version of its larger stablemate mpvs, and it will satisfy Fiesta owners who want to be seen in a chunkier model, but only time will tell if the EcoSport can deliver a knock out blow to rivals.