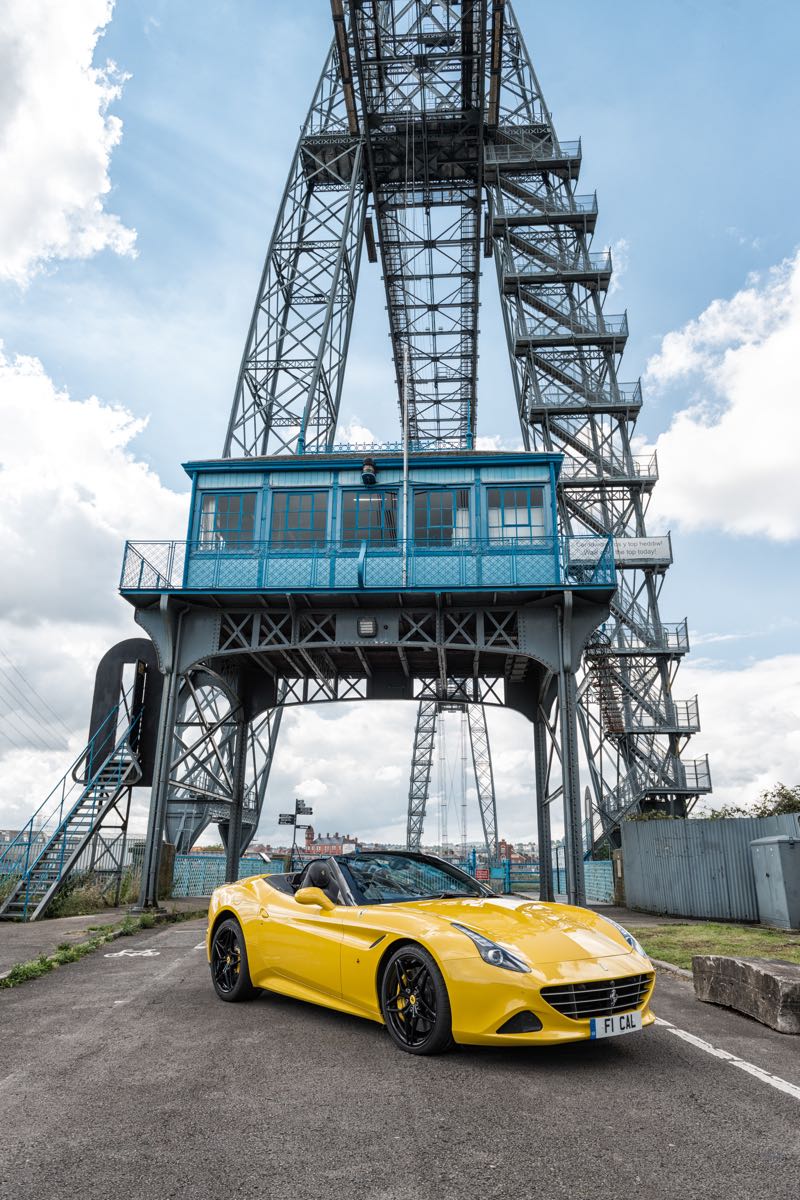 If ever there was such a thing as a bargain Ferrari, then the California T is the model, says Robin Roberts.

The dominance of Ferrari in the sports car market has come under threat from a wide range of rivals in recent years, but this summer it nosed ahead again. In June its power plant again won Engine of the Year and the following month Ferrari announced it was lengthening its 12 years extended warranty to 15 years. Building on the free roadside assistance for those out of warranty, it’s two-year warranty on approved models, and seven years maintenance programme for all new models, the additional extended warranty makes the Italian marque a much better proposition than ever before.

In fact, buying a used Ferrari is a very good way into the brand if you were ever unsure about its suitability for you.

Add to this impressive warranty and service scheme the fact that the California T is offered with a sporting handling pack and boasts an all-time great engine under the sculptured bonnet and you have one of the most desirable of all luxury sporting grand-tourers.

Ferrari was slow to move into the turbo-era but with the current California’s engine having not one but two blowers it has quickly come up to speed. 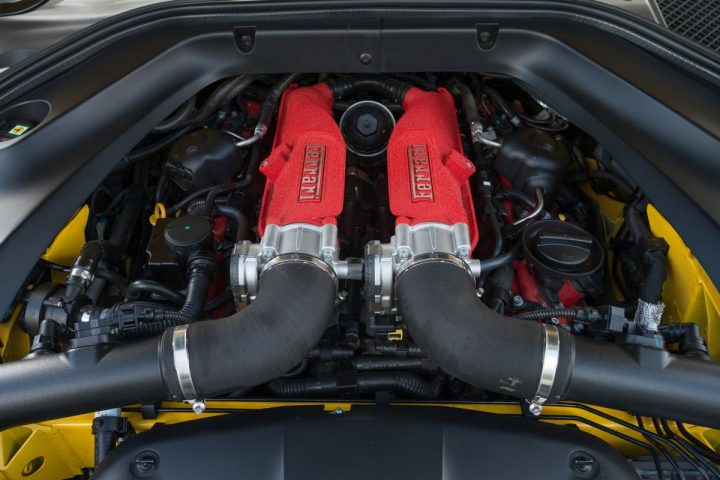 And speed is what it’s about with the California T. The engine’s tuners have specifically set about utilising the wide power spread to give it a stronger pull in the higher of the seven gears so it delivers 755Nm in top under its variable boost management programme which modifies output to chosen gear.

This means it can have longer legs in higher gears to stretch economy without compromising on through-the-gears power delivery, and it works very well. On our test we recorded an overall average of 24mpg, which is very respectable for a 560ps engine and 0-60mph time of about 3 seconds.

There is still a very slight turbo-teaser from standstill but you’d hardly notice and once on the move the power gushes as it whips through gears rapidly hitting the UK legal limit in under 4 seconds.

Mid-range punch is there as well for swift and safe overtaking and the motorway limit is maintained in near silence and sublime refinement. 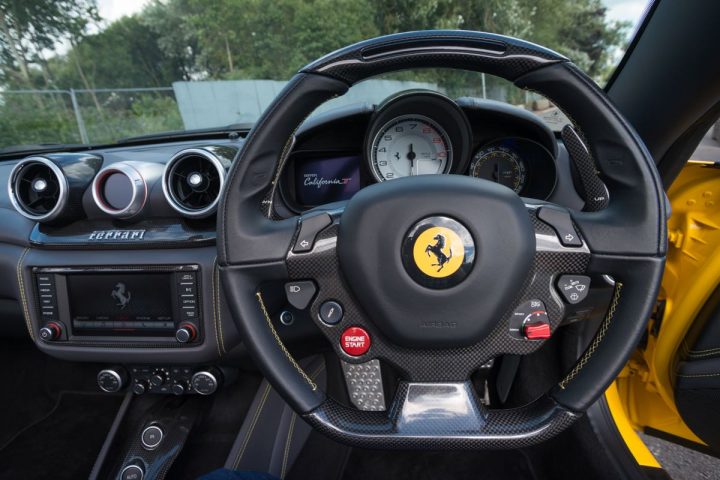 Gear changes can be left to their own choosing or you have ‘up and down’ paddles to prod it along while turning on the sport mode on the steering spokes gives it a much sharper response.

After handover advice and by experience I found it best to let the downchanges be done automatically and smooth out any tendency to hesitate as they matched gears to engine speed. There is also a wild card track setting but we had no opportunity to test this with launch control. 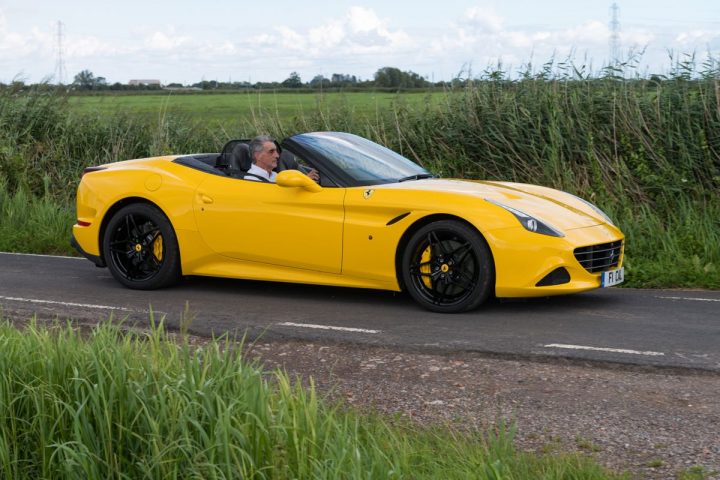 Steering has been enhanced in the California T over the original model and it’s a sporting setting to give good feel while allowing the car to be well behaved in town parking situations.

Add to this the damper-variable suspension and you have a car which is ideally suited to touring or track use with instant changes apparent and the £5,500 Handling Speciale system is masterpiece. It can cope with the worst that Britain’s roads can throw at it while also enjoying the best routes you can find and delivers a characteristic throaty exhaust note as well.

All this performance needs taming and the massive Brembo carbon-ceramic brakes are well up to the job with unfailing power from very light touch, while the parking brake securely held it on our test slope. My only dislike was the individual buttons left and right on the spokes for the indicators, not the easiest to use when steering through a roundabout.

All that power and potential can be enjoyed from a sophisticated and comfortable cabin with good adjustment on the front seats and a pair of occasional rear seats, but you have to strike a deal on the legroom in the back and front. Access is fiddly into the back, but very easy, if low, into the front pair of seats. 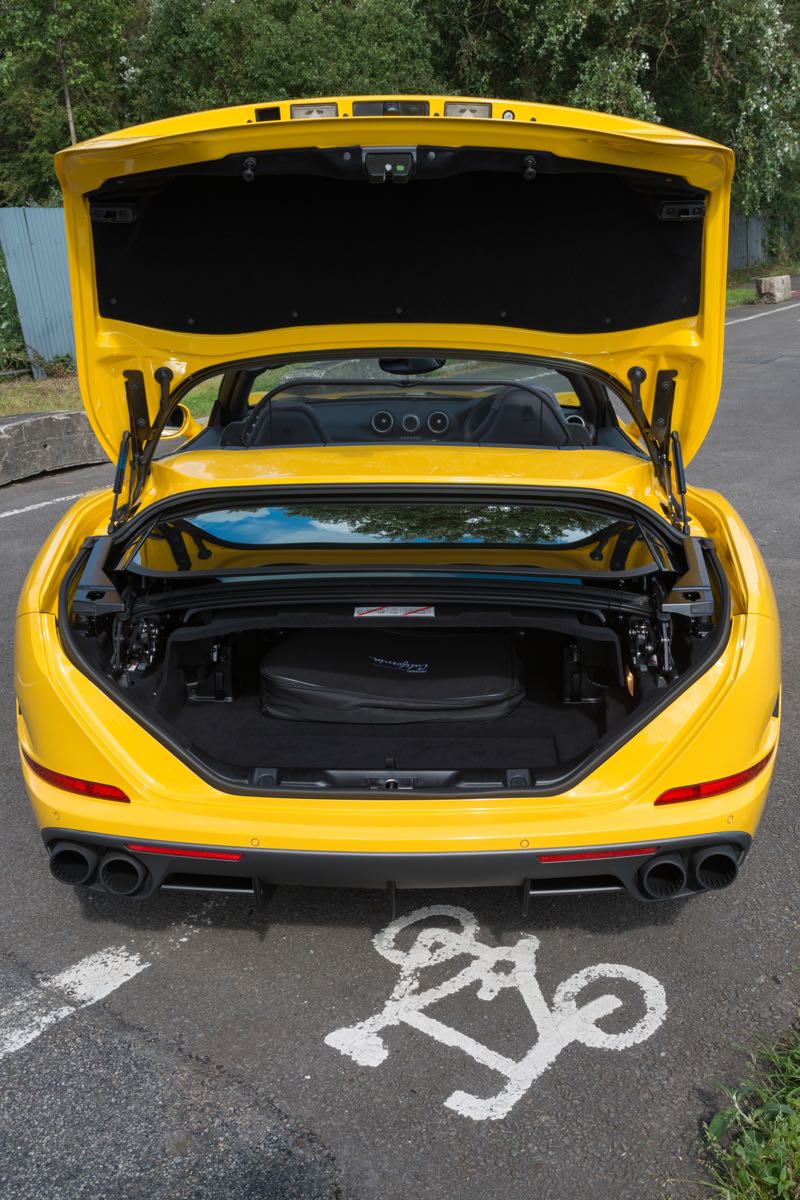 The oddments room is very small inside and the boot is barely capable of taking an overnight bag, but the heating and ventilation system is very effective, particularly when the metal roof is folded on its scissor-system and stowed in the upper half of the boot.

The roof takes 14 seconds to deploy either way and it’s a single touch operation with hardly any wind turbulence when down and a very snug feeling when closed.

Visibility is slightly compromised to the rear when the roof is in place but side and forward sightlines are clear, the wipers very effective at clearing a large area of glass and the optional higher performance headlights are a necessity I would say.

On the road, the Ferrari California T is a true delight wherever you are but ideally on sweeping moorland tarmac it comes into its own. 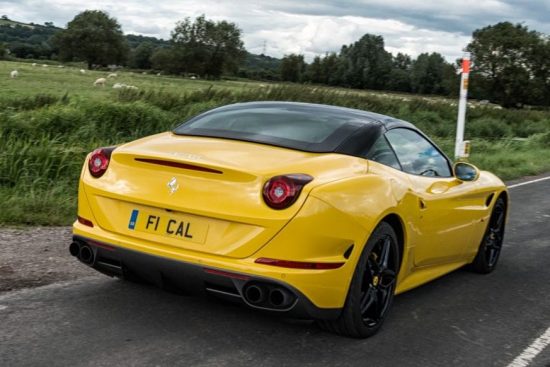 I never tired of hearing that crisp exhaust crackle as I swept around hairpins with the car digging into the corner and powering out. Its grip was immense, my smile even bigger around every bend.

The Ferrari California T is a fine introduction to the marque, at once engaging, rewarding and head-turning and now it’s not going to give you a headache to own either while its exclusivity is exceptional.