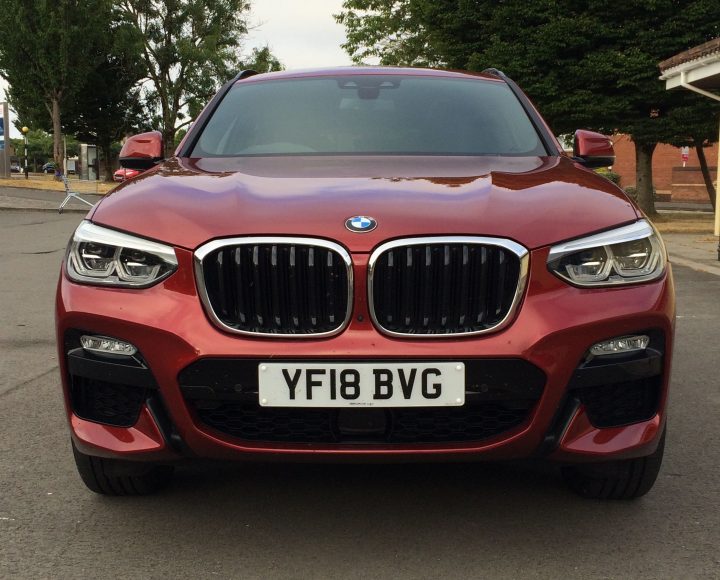 BMW has been in the driving seat of the SUV sector for a number of years, notably in America but also in Europe, writes Robin Roberts.

It has gradually spread its experience through all sizes of cross-over models but it’s arguably in its element with the X4, the bigger stablemate to the X3 and without going into the higher priced and larger X5 family series.

Up to now it’s range has been powered almost exclusively by 2.0, 3.0 and 4.0 litre diesels with just a solitary 354ps 4.0 petrol, and while they give excellent economy its surely only a matter of time before the diesels are parked up and a new petrol range is unveiled in the wake of the dieselgate fallout and legislators moves towards low carbon emissions’ environment’s in cities and countries.

For now we can appreciate the BMW X4 2.0d M Sportfor what it is and does so well, gobbling up the miles in comfort, with composure, economically and refinement.

There are almost a dozen models in the range essentially in three trim levels with packages to enhance equipment and looks and our X4 xline2.0d M Sport is one of the most popular.

You will not really be lacking for anything with driving assistance and safety packages, a swift smooth automatic transmission and intelligent all wheel drive, and the unbelievably smooth 2.0 litre engine delivers power and economy as required. 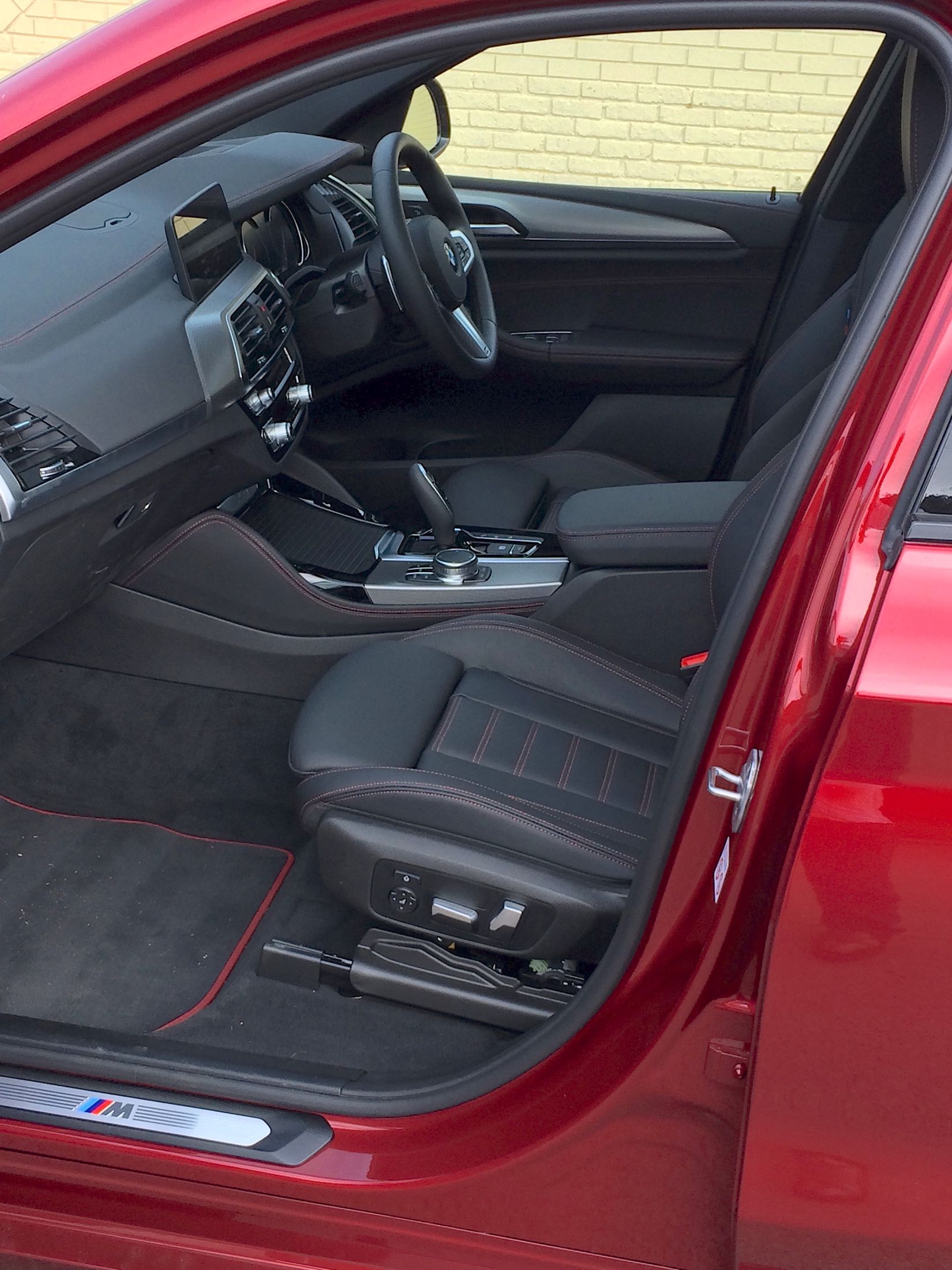 Sometimes it’s hard to believe there’s only 2.0 litres under your right foot, so eagerly does it get away from rest and cover the miles. With three or more aboard you do begin to sense the engine size is working hard and noise levels slightly rise through the gears but are never really intrusive. On the motorway or a main road it never shows signs of straining.

That automatic transmission is one of the best on any car. You have the fully automatic mode for the eight ratios or you can sequentially shift by a flick of the wrist and there is a standby sporting mode to sharpen changes and suspension. The Sport’s larger wheels and tyres firm up the ride but its never hard or uncomfortable, just stiffer. 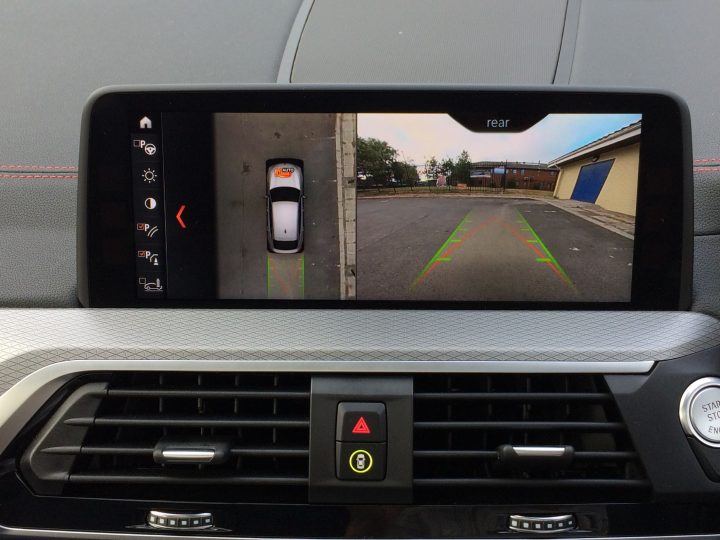 Steering and brakes are a driver’s delight with their precision, effect and feedback and it can be hurried along with confidence leaving the system to sort out the amount of drive to shift back or fore, or be gingerly edged into a tight parking space. 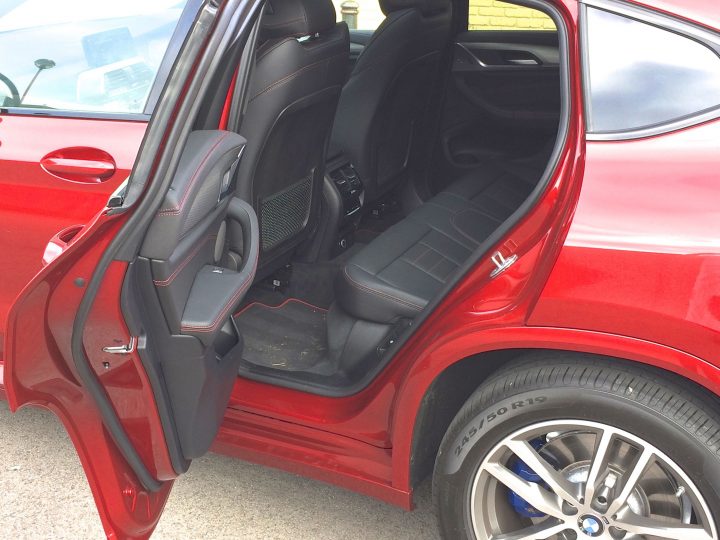 That’s when the standard camera and all round sensors come into their own to show and warn you what’s there as the high tail and front wings hide low down objects. On the road, the rear window is smaller than I like and your need a good rear wash & wipe function which the X4 has while the front wipers and superb, wide and long range headlights really illuminate the road ahead.

I liked the instruments’ package for its clarity, the size of dials and the comprehensive displays you can select through the system’s computer. Heating and ventilation is very good throughout with powered windows all round and higher spec versions get a sunroof as well. 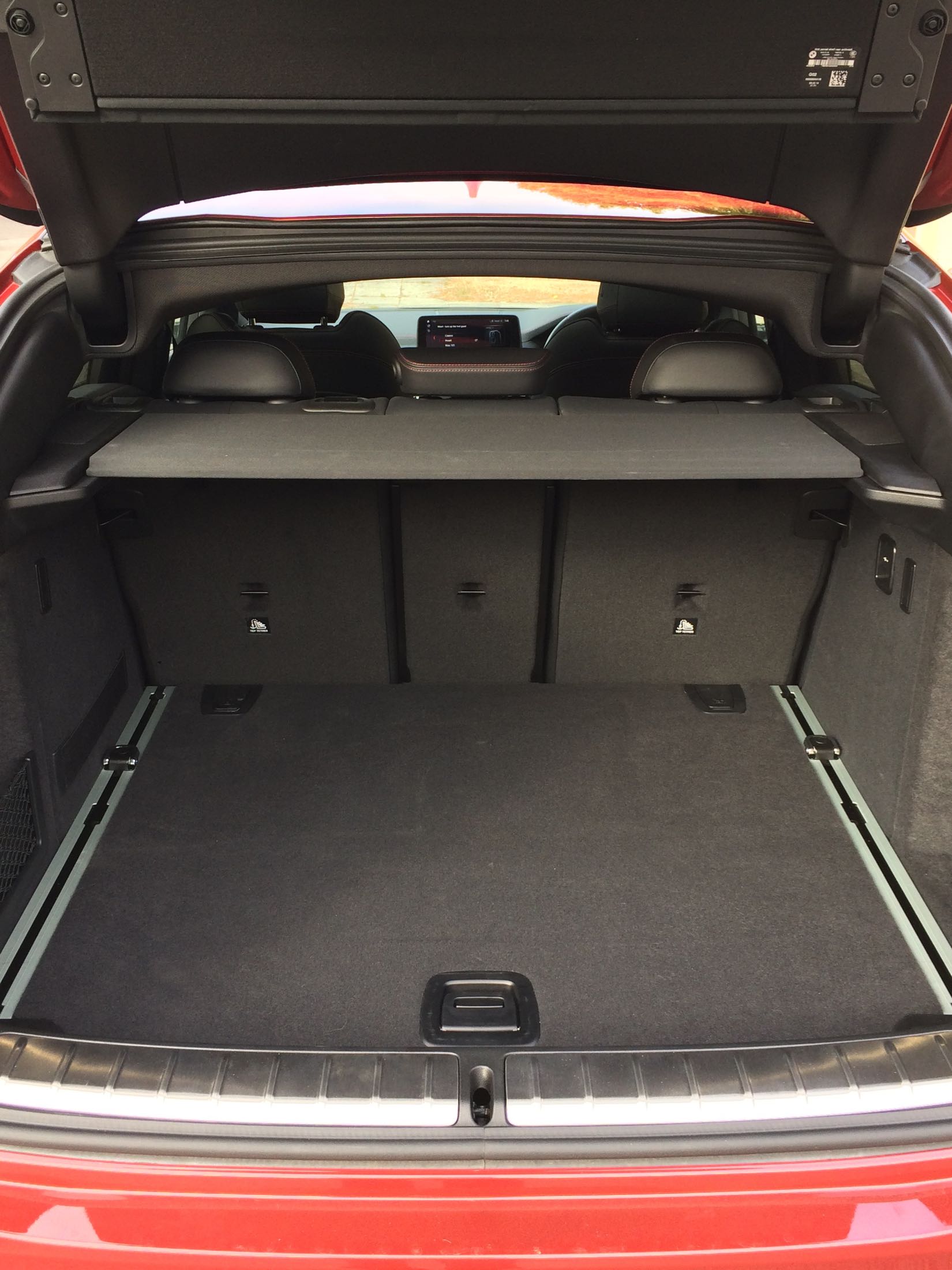 Oddments room is reasonable but not exceptional for a family car, particularly in the back but the 40:20:40 split seatbacks do give some practical loading choices behind the easy to access and well shaped bootspace.

Access is good as well for the driver and passengers with wide opening doors and headroom is generous for a coupe-styled cabin. All seats are well shaped and the front powered pair have a very wide adjustment range and really locate occupants during cornering.

It’s not the fastest X4 from rest but it does pick up well once rolling and you can safely overtake with a lot in reserve should it be needed. Making use of that manual or sporting setting on the transmission really makes a difference on the road. 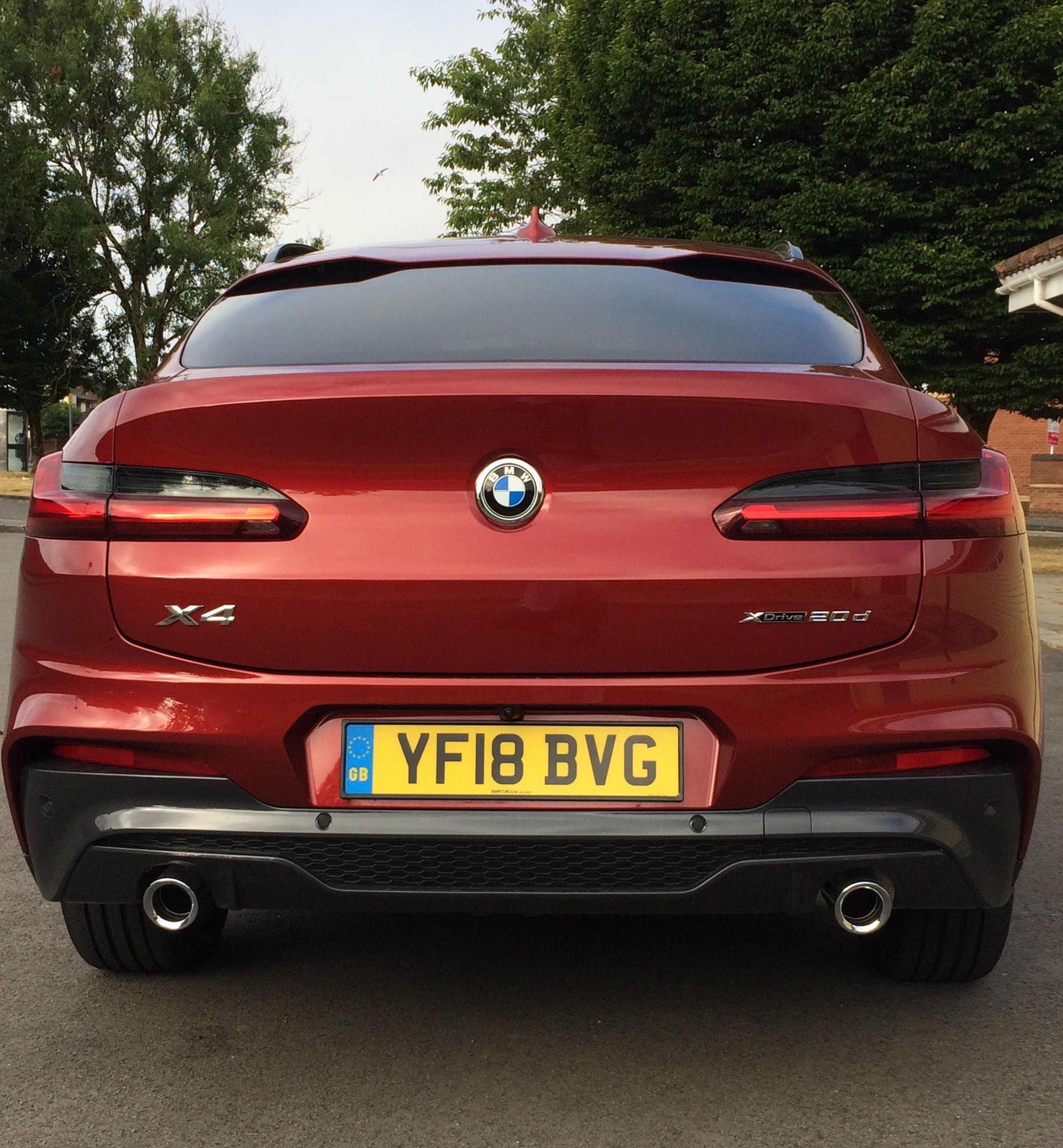 The smoothness of the BMW X4 2.0d M Sport is matched by its comparative silence. Only at the highest engine speed in the lower ratios or on the coarsest surfaces do you notice any intrusion.

The refinement is very good, the cabin oozes sophistication and the driver can delight in driving an SUV which has a true sporting soul. And you cannot say that about many so-called SUVs.