As it celebrates its 100thyear, the Institute of the Motor Industry recognised the exceptional contribution that two Welshmen, individuals and organisations continue to make in the development of the motor industry, at the IMI Recognition Awards .

“As the automotive retail sector’s professional body we are massively attuned to the changes taking place that are affecting all our members”, said Steve Nash, CEO of the IMI.

“That said, I’m constantly overwhelmed and reassured by the dynamism of individuals, both new and established, who are more than able to tackle the obstacles thrown their way. There are some real movers and shakers amongst this year’s winners and we’re all really looking forward to seeing how they will continue to contribute to the automotive industry in the future.”

Full-time Student of the Year – Naim Ahmed who studies at Cardiff and Vale College is on target to complete his extended Diploma in Vehicle Refinishing despite having his learning content relayed to him in sign language by a dedicated signer.  He is ‘a first-class role model to all learners’, according to his tutors and Naim also received the IMI Bursary. 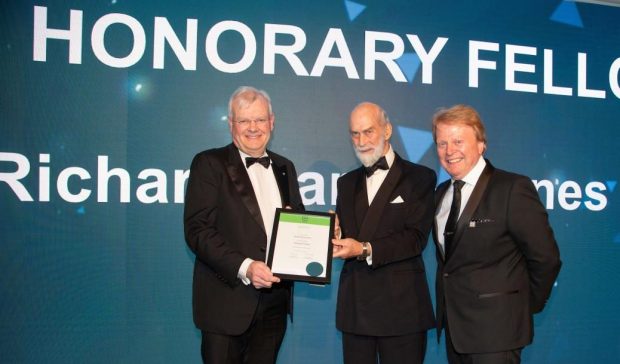 An Honorary Fellowship was also given to Richard Parry-Jones CBE, the highest lifetime award the IMI can give.

Last year Parry-Jones was honoured with the Sue Brownson Award in recognition of outstanding leadership.

The former Vice President for Global Product Development at Ford now becomes an Honorary Fellow, in recognition of the positive worldwide impact his work has made on the industry, its workers and consumers alike.